A couple of what I caught yesterday. 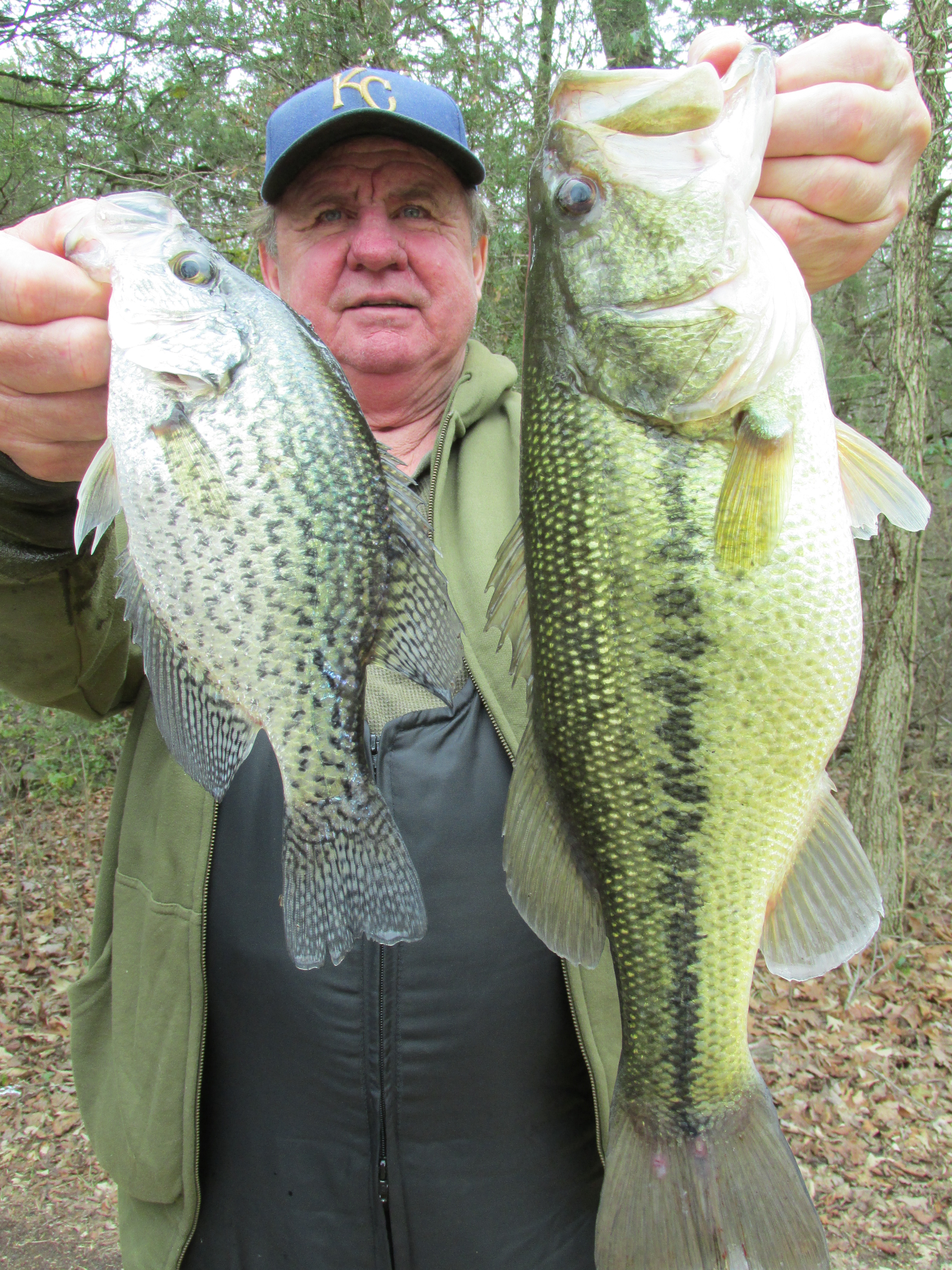 They are running two generators now and the lake is dropping quickly and is at 547.71 with a surface temperature of 46 and is clearing a bit. It was 60 degrees when I went out yesterday with no wind. I caught a few fish but it was slow. About 4Pm a black cloud came over and the wind picked up.  So did the fishing. I had been exclusively using a Bink's spoon all day and switched from the brush to the bank and to a grub. It had been working a few weeks ago but quit. They moved in last night before dark. The fish are just not where they usually are for winter and are roaming. They sometimes stay on the same bank for weeks but not now. The temperate bass are also roaming and are not in any pattern except for being on shad and there are a lot of those. One day they are in front of the docks at Mallard point and the next by Cow point. I caught a couple in front of the third dock at Mallard but they were only white bass so I moved to the brush.  Many very large schools of shad have no fish with them and if this cold weather brings the surface temperature down below 40 some of them will die or get very lethargic and easy prey. It is a long way to get there though as the water cools slowly as it drops below 50. It is to be cold for the next week and have 30's for highs. I will be out there if the wind is not blowing and there is not ice in the eyelets. It was nice to have the warm weather in January. We have had no snow or ice this year yet and the ground is clear from frost and the ponds are not iced over. That will change this week. Normal high is 43 but the days are getting longer. The lake is in excellent condition for fishing and is stained just right but not nearly as clear as it usually is. I have seen a deterioration in water clarity in recent years while diving and wonder if it will ever return.