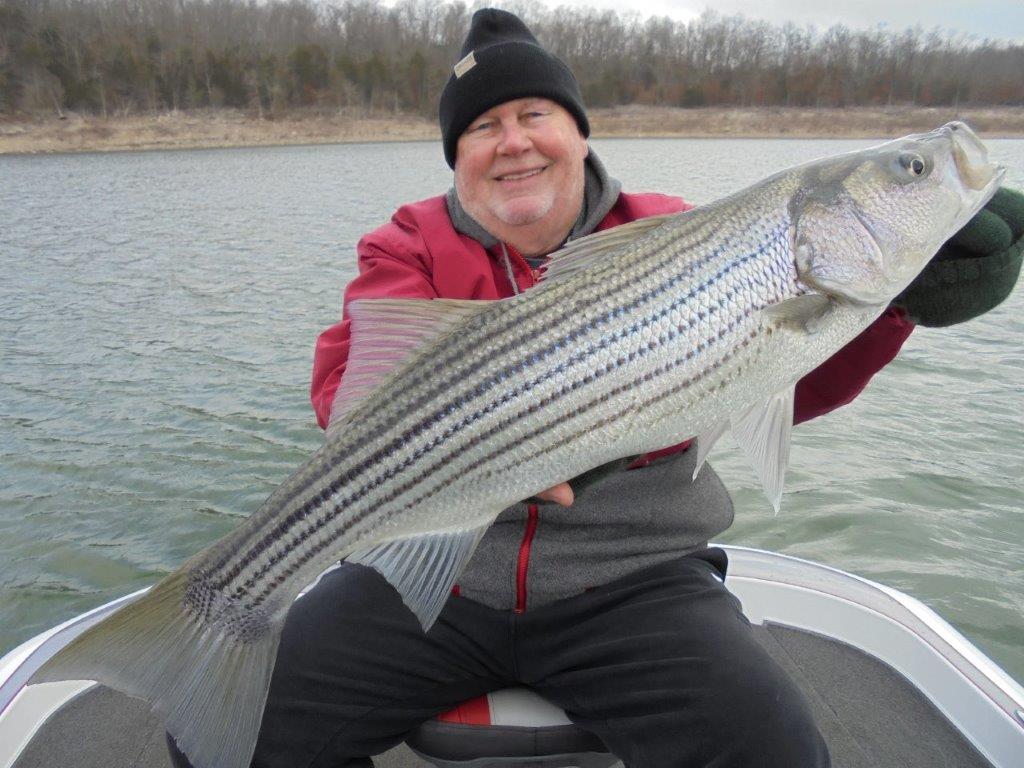 The lake level is 549.64 and dropping slowly with a few hours of generation. There were a lot of hybrids and white bass just west of Mallard point in front of the docks yesterday and more just off Cow point. Most were white bass. I spooned up a few and then went crappie fishing. The shad were being forced to the to the top all over. Bink found them at his end of the lake too and caught a bunch of stripers. I caught a few crappie and my trolling motor battery died so I came in and replaced it. The wind was from the south and it was warm. It is to cool down starting tomorrow but should not be too bad. It is to rain today but we missed the last one. Fishing is fair and is better than it was last week. Surface temperature is still 54. There are a lot of small fish out there. Tom Stanton caught some good open water fish too trolling an umbrella. It is nice having so many varieties of fish in the lake. When one does not bite usually another will.  Bass are the old standby.