Tom Kelly with another nice one yesterday. Gus says thanks. 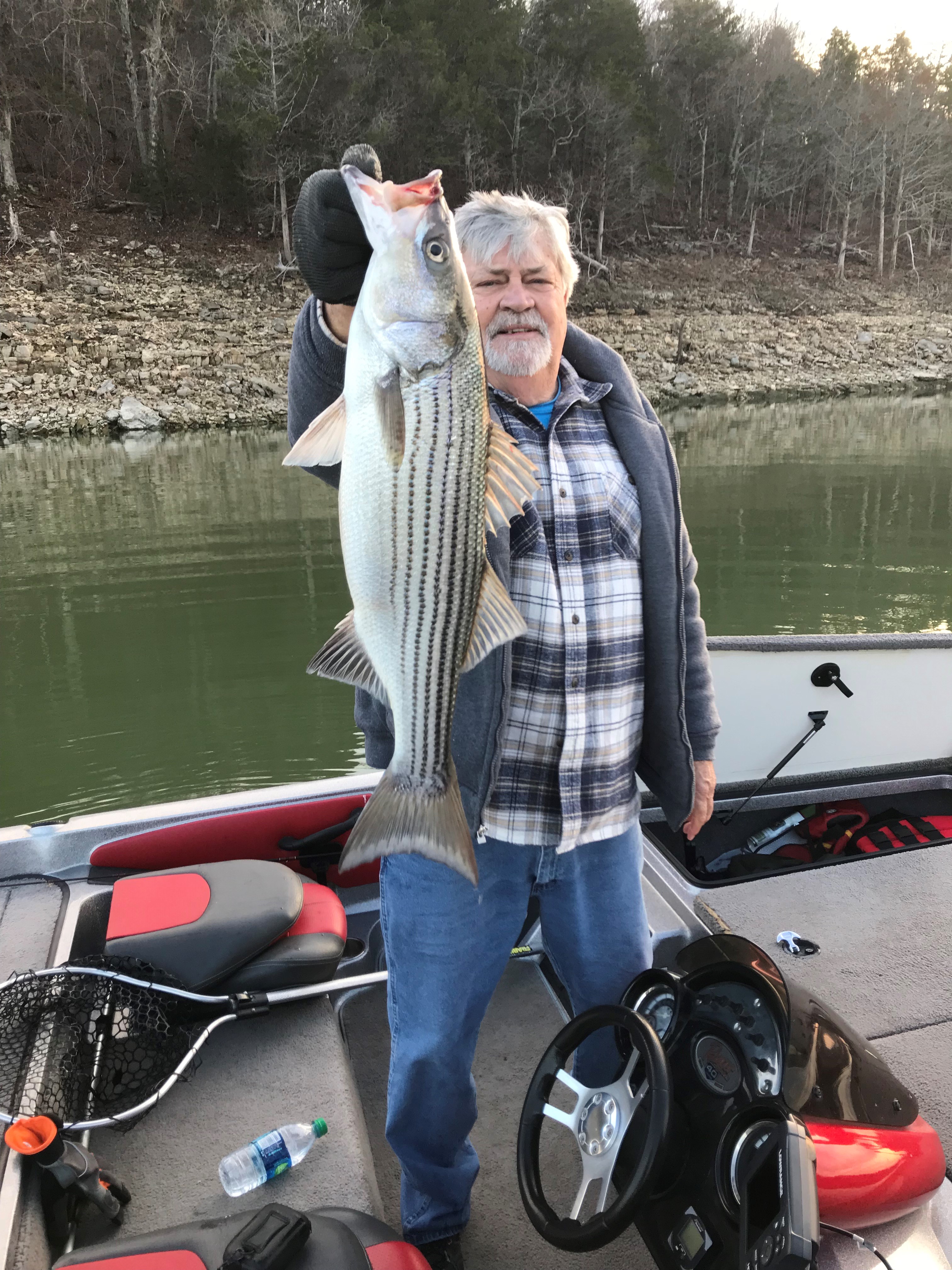 The lake level is 549.76 and dropping over 2-inches a day with both generators running about 1/2 the time. We are still dry but it is getting better with rain coming every week.  Fishing is getting better and it needed to. I went out for about an hour to catch a few for my friend and caught three crappie, a nice channel cat, a smaller white bass and a bluegill. I lost the bluegill getting it in the basket on the dock in the dark. It was not very many but I will get him more later. I am still concerned about the water clarity. It tries to clear and turns green the next day. Yesterday you could only see down about 2-feet on the main lake. I do not know if it is because the lake was held so high for so long this summer and vegetation died and sunk but it may be. It may also account for some of the fish kill and low oxygen all year. I would have liked to know the biological oxygen demand in the summer and now but no longer have access to these instruments. I have been sending people to float creek for some time now for temperate bass. You know how striper fishermen covey up when they hear of a good place, well now it is crowded there. I like to find my own places. They will be moving between the bridges soon when the fishing gets tough, and it will, but fishing predictions are hard now with the changes in the lake this year. I was glad to catch a few crappie on brush last night. I was getting to think they were gone. The weather may not be getting as cold as previously predicted and we should be able to fish with highs reaching about 40 for Sunday but the lows may be in the mid 20's. The surface temperature is still about 54 on the main lake. It was a nice evening with no wind.