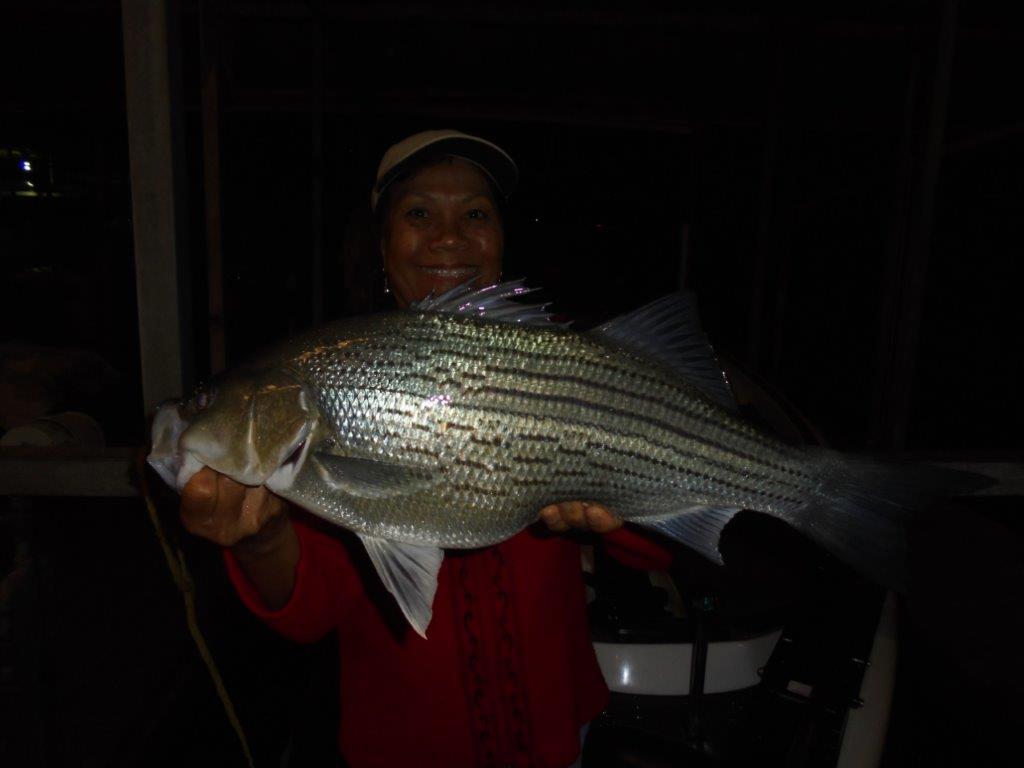 It was 80 and sunny yesterday and the low was 60 last night. The level is 550.88 and is rising slowly. They did not generate this morning resulting in the 1.3 inch rise. We are starting to get a little dry again. The lake is beginning to clear some, especially in the creeks. The fish are biting best both early and late and are coming up most mornings. There are some big fish being caught. The big change is the fish that are under the dock. The bass are huge. I saw one that went at lest 8-lbs. and there were several more in the 5-lb. range. I am not an expert in bass spawning but it sure seems that the Kentucky bass spawn in deeper water than the black bass. The Bass Cat tournament is in Alabama this year and is on April 20th and 21st. which will be right in the middle of the spawn here. I do not catch fish off the beds and sight fish but even though that tournament is much smaller than it was, those guys know how to do it. If they are going to have it in the last half of April it is probably better if they have it in Texas or Alabama. it is all about the money anyway. They do make pretty boats. It is a bit early but I am going to check out the flats for walleye. Most of them seem to have moved from the bank in the late evening and may have gone there. Some crappie have moved back to the brush. Shad are scattered but there were some big Gizzards under the dock. Some shad are in the creeks in 20-ft. of water. Spring is here. Tom Kelly says he is healing nicely and will be back on the lake soon. We hope so. Blackburns has a large group of regulars here and they are having fun without paying too much.