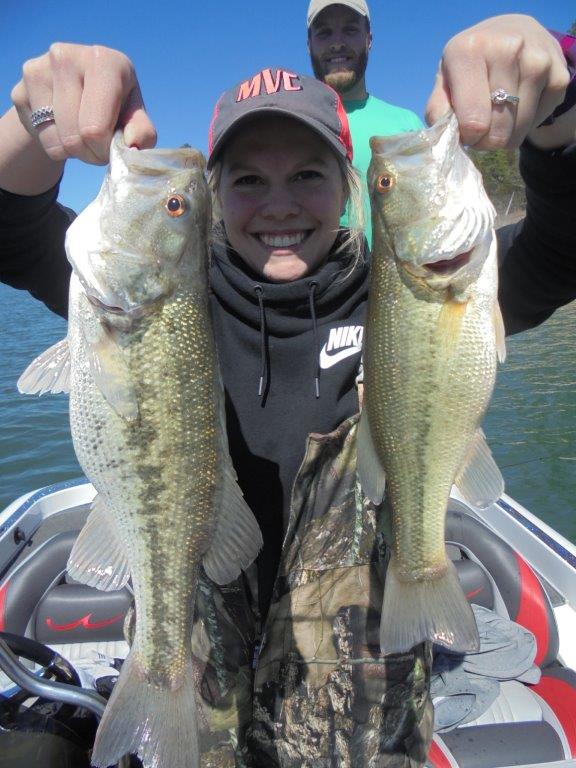 It was a beautiful day when I went out and there were boats everywhere. I thought the father son tournament was today. All of my good spots had a boat on them. Looked like lake of the Ozarks. I am glad it is not like that often. The water temperature is rising and is over 54 and the lake is still stained with quite a bit of brown pollen on the banks with the wind blowing in. The level is 545.25 and they have cut down on generation. I moved off the main lake to the back of a major creek and caught a few bass right on the bank with soft plastics. Fishing was slow. Very slow. They started to bite a bit later in the evening. Some people are catching a few on smaller stickbaits and smaller spinner baits. Big fish are scarce on the main lake now except for the ones in open water on shad. The water is just slow warming up. I would not drive a long way to fish here for now. Give it a few days. I am not saying you cannot catch any fish but it is not easy. I saw a few fish coming up in the back of the creeks last evening but they were small. A lot of the places that were good in the past are too shallow. Major creeks include: pigeon, fall, big, brushy, panther and float. I usually see a lot of bass under and around my dock but not yet. Just a few bluegill have moved in but not many. Bink is catching some good bass back in big creek.