The big bass are pre-spawn feeding 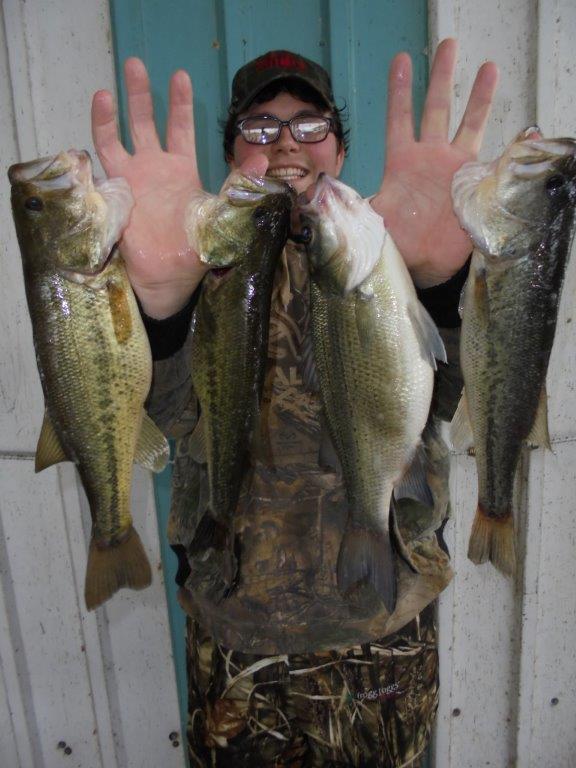 I asked several people who have lived here for more than my 22-years and they said they have never seen dogwoods and Bradford pears blooming in February. A heavy frost would really hurt things here with it to be in the mid to high 70's for the next two days. Water temperature was 53.4 last evening when I came in. We received a little over 1/2 inch of rain but the lake remained stable at just below 547. They seem to start generating heavily every time it rains. They have stopped again now. Bluegill have moved in under my dock and they usually do that at the end of March. Fishing was a little slow for me but caught some good fish including a giant crappie. It is in the basket. I will get a picture and let it go. Bink caught bass and stripers. Bink tried the stick bait at dark and caught a few but it rained him out. There are some stripers out from the bluff wall south of Cranfield Island. The crappie and bass I am catching are on mainlake brush in 20-ft. of water near the bottom. Many have moved in now. It will not be long until the males move to the creeks to make nests. I do not keep male crappie in the spring on beds as they protect the eggs and fry from getting gobbled up by predator fish. You catch and keep them and you will see a bluegill or goggle eye devour the young in about 5-minutes. I also do not sight fish for bass and do not like fishing tournaments during the spawn. Things are really a changin and you need to be out there everyday to keep up. Tune in the Live in the Boat  radio show tomorrow at 8:45 AM on KTLO 97.9 Fm. I will try to be there if the fog has lifted.  It was bad this morning.