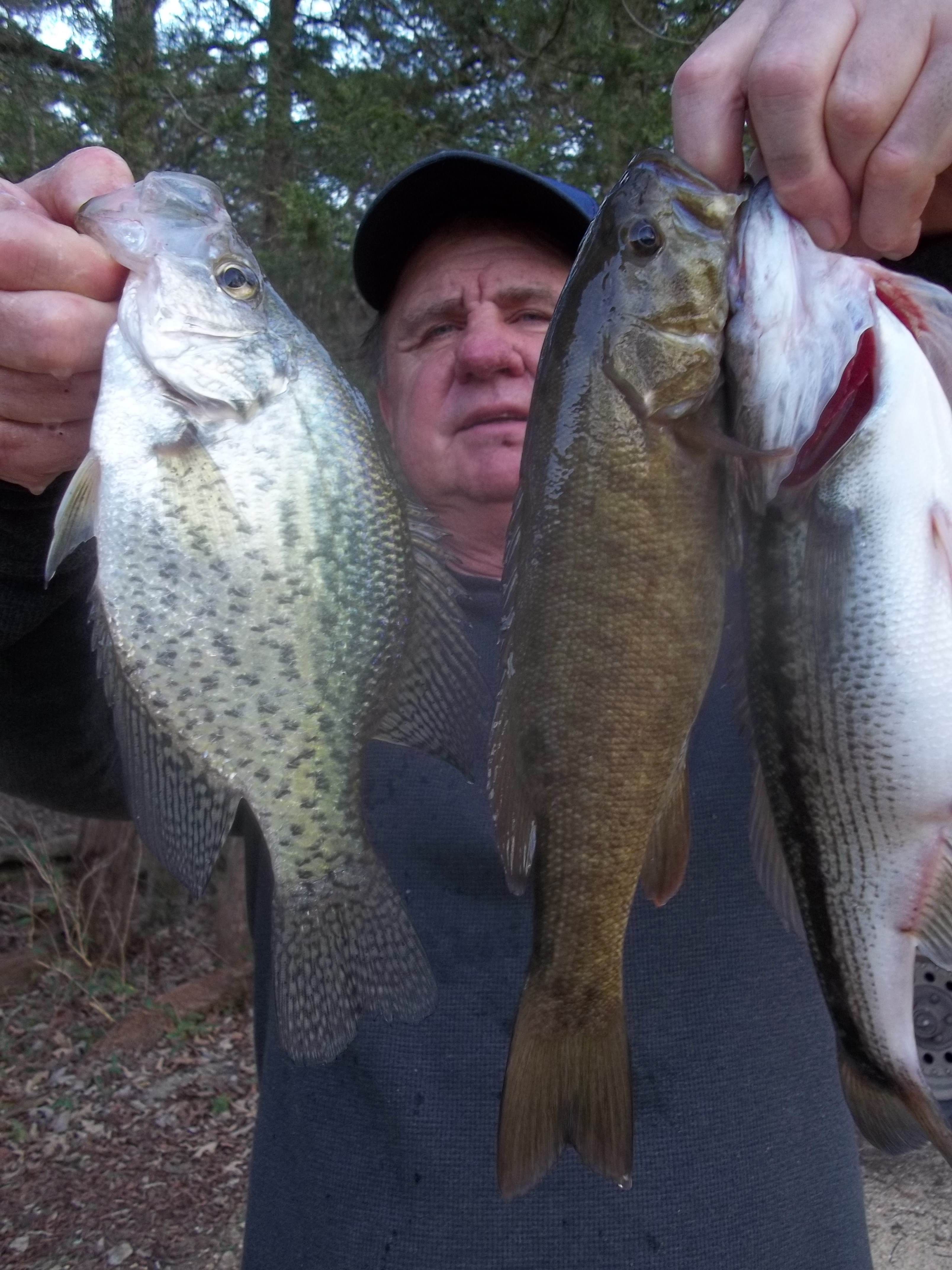 It hit 70 yesterday. I caught several fish but only one big one. Fish are slowly moving to the brush. They started generating hard this morning and the level is dropping again and is at 547.33. Some days i catch most fish on the grub and the next on the 1/4 ounce Bink's Spoon. Just switch from one to the other. Remember the size limit on a striper is 20-inches and the smaller ones are to be immediately released and the number limit is three including hybrids and the posession limit is six. It is to rain tonight and we need it to get all of the grass seed and the flowers and bulbs Steve, Debbie and Susan are planting to get going. We want it to look beautiful for you when you get here. It looks like a good time for a trip is starting the middle of this week and continuing through the weekend. I like it just before a cold front moves in and after the high pressure has been around for a while. I am not a fan of the full moon fishing except for stripers and some people say bluegill. Dropping water and a full moon practually stops some fish from biting. Catfish are the worst. A dark night and rising water makes them bite like crazy. For some reason a full moon makes the stripers move to the bank in the spring and fall. Maybe it is because they are ocean fish. I do not know. I do know I like to be out there. A free boat stall comes with your cabin here at Blackburns.