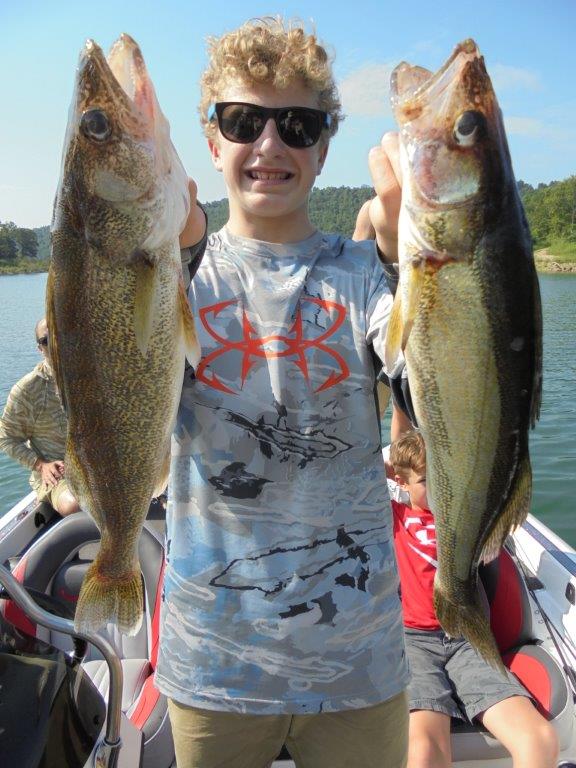 I went diving yesterday and the clarity is bad on banks with any dirt and a little better on steep rocky banks. The rain has washed a lot of debris in the creeks in this area and it is moving with the wind so watch out. There is some big stuff. Also we are approaching the time of year when there is early morning fog. These two do not make for a good combination. The visibility, which was good down to 26 feet is gone and it is a little better at 35-40 feet. I think this will settle out but am not sure. I saw a lot of fish on the steep banks on the ledge before the drop-off. Mostly bass and smallmouth but a few walleye. The brush at 25-30 feet is at a good level for fishing but impossible for diving. We are to have weather in the early 90's for the next two days and then a cold front is moving in and the temperatures are to drop drastically. Kentucky bass and walleye are the best bite now with bluegill next. A few stripers and white bass are coming up shallow on the flats very early. The stripers before sunrise and the white bass a little later.  People are fishing the bridge piers heavily.There several fish east of Cranfield island and they are biting early on the flats. The level is 553.12 and is very stable with just enough generation to keep it that way. It is a good level. The thermocline is still at 27 feet.