Caught 6 of these last night fishing with Bink. 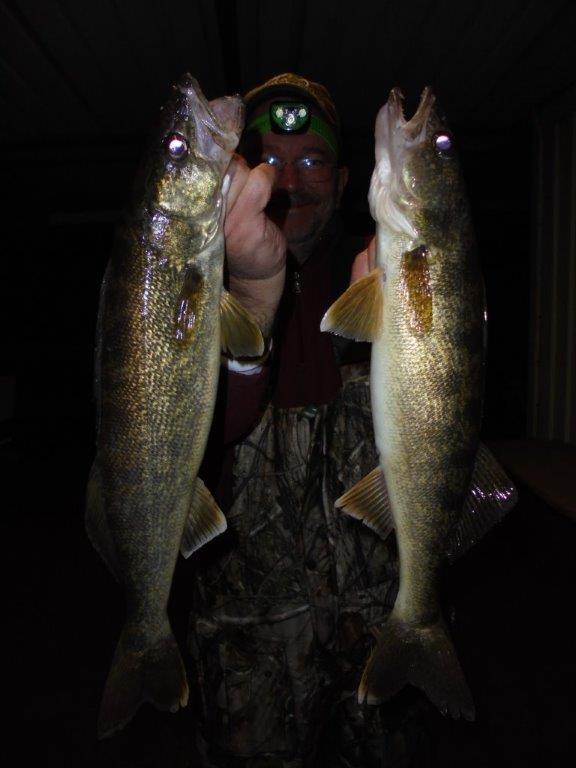 Lake level is dropping a bit and is at 553.57 with one generator running continuously again. We are starting to get dry again but are susposed to get rain tonight. It sprinkled a little last night but not much. It is sunny now and getting windy again. This has been a windy spring but nothing damaging so far. It usually is calm early mornings with the cool nights but increases as it heats up or if a front is moving through. It does not always slow in the evening but does most of the time. John Schreeves caught several crappie yesterday and said they were not very big, only about 11-inches and were schooled in 30-ft. of water part way back in the creeks. The surface temperature was 60 last evening and is slowly moving up. Harvey reports catching some crappie but it is not easily done. He fished six brush piles for five hours and caught 11 and he is the best at it. Some good fish of several speces are moving to the bank to feed after dark and it is the best bite. Walleye, stripers and an occasional large male crappie can be caught. Otherwise get out there before sunrise and look for the topwater bite. I have switched to the 1/4 ounce Bink's spoon during the day. That is what John caught his crappie on too. Trotline fishing is still slow. The water clarity is still too stained for sight fishing but they are not on the banks in big numbers yet anyway. When we get some nights with lows in the 60's things will break loose. I am still afraid to plant my tomatoes yet. Some years it does this and then turns off hot. Lots of fronts moving through.