Released under Dock. Caught on a Windy Sunday on a Crank bait. 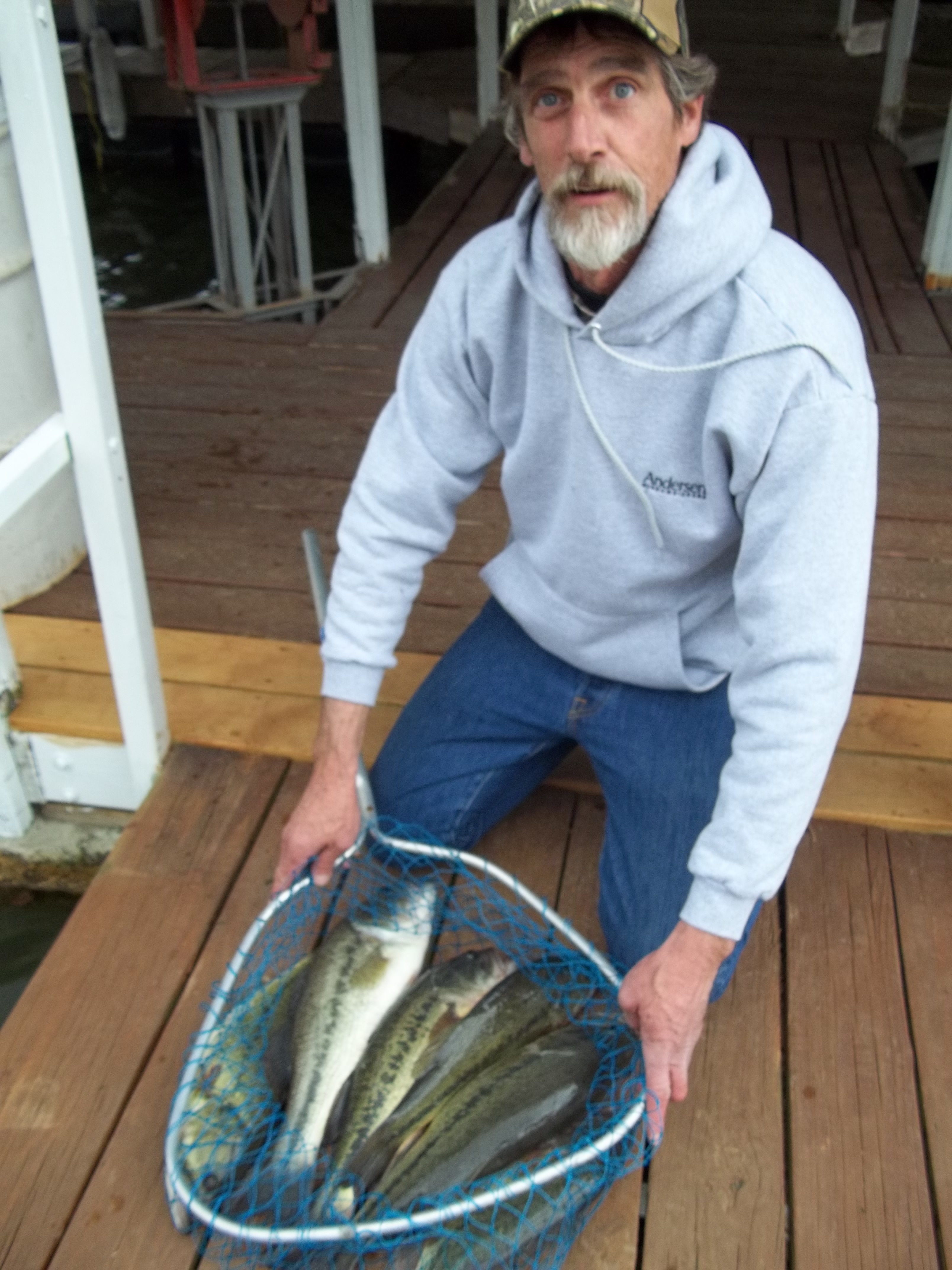 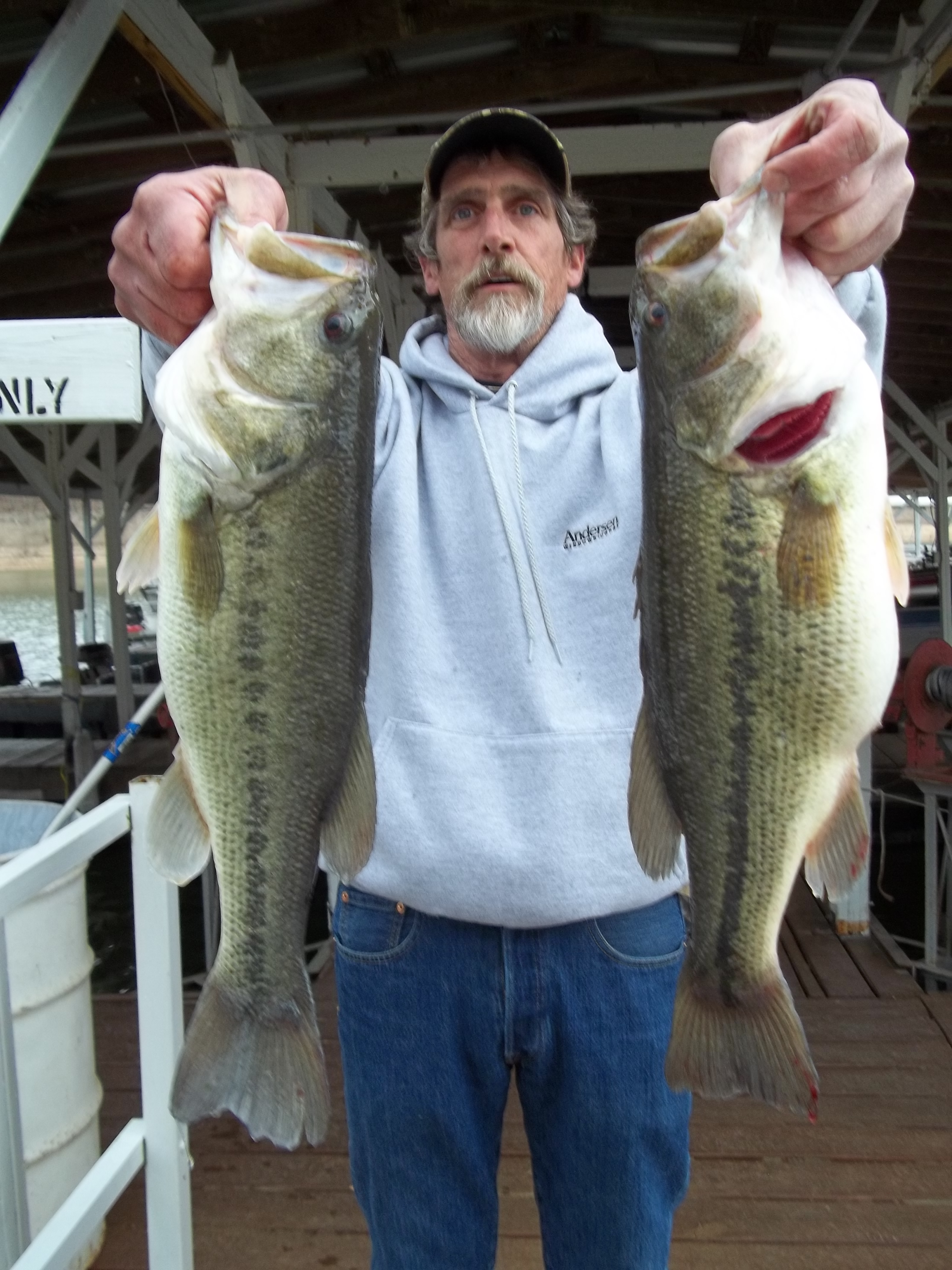 Another perfect day on Norfork lake. Sunday was windy but the big bass were biting. The wind dropped yesterday and the bite slowerd a little but I still got some nice fish. Steve Deardoff had a very good day Sunday and said he liked fishing out of Blackburns Resort and Boat Rental's Ranger Bass Boat. He also said he caught fish on every bank he fished and was using a crank bait. i was using a grub and spoon and caught equal numbers of fish on each. Caught one very large smallmouth over 4-lbs. They sure can fight.  Some fish were on brush  and some off steep banks but all were on the main lake. I am still unable to catch any walleye and large crappie but keep trying. You will be the first to know. Fish will prespawn feed, spawn and then move to cover. That is when the crappie fishermen should be here. I do not bed fish. I do not go out to see how many fish I can catch but to find out what is going on and go for the big ones only.  There are a lot of trollers out there but they are not catching many. Mostly white bass if they happen to go through some. Many of the large schools of shad have moved out of the Cranfield area and some white bass have moved to the backs of the creeks. They have not generated in the last 24-hours and the level has risen from 553.22 to 553.35 it needs to drop not rise. This is too high going into March. We received just a bit of rain last night and early morning and it all sunk in. We are still dry. Every time the surface water temperature hits 50 it drops back down a bit. Once it gets into the mid 50's there will be a lot of changes. Stay tuned. Arkansas spring is almost here.