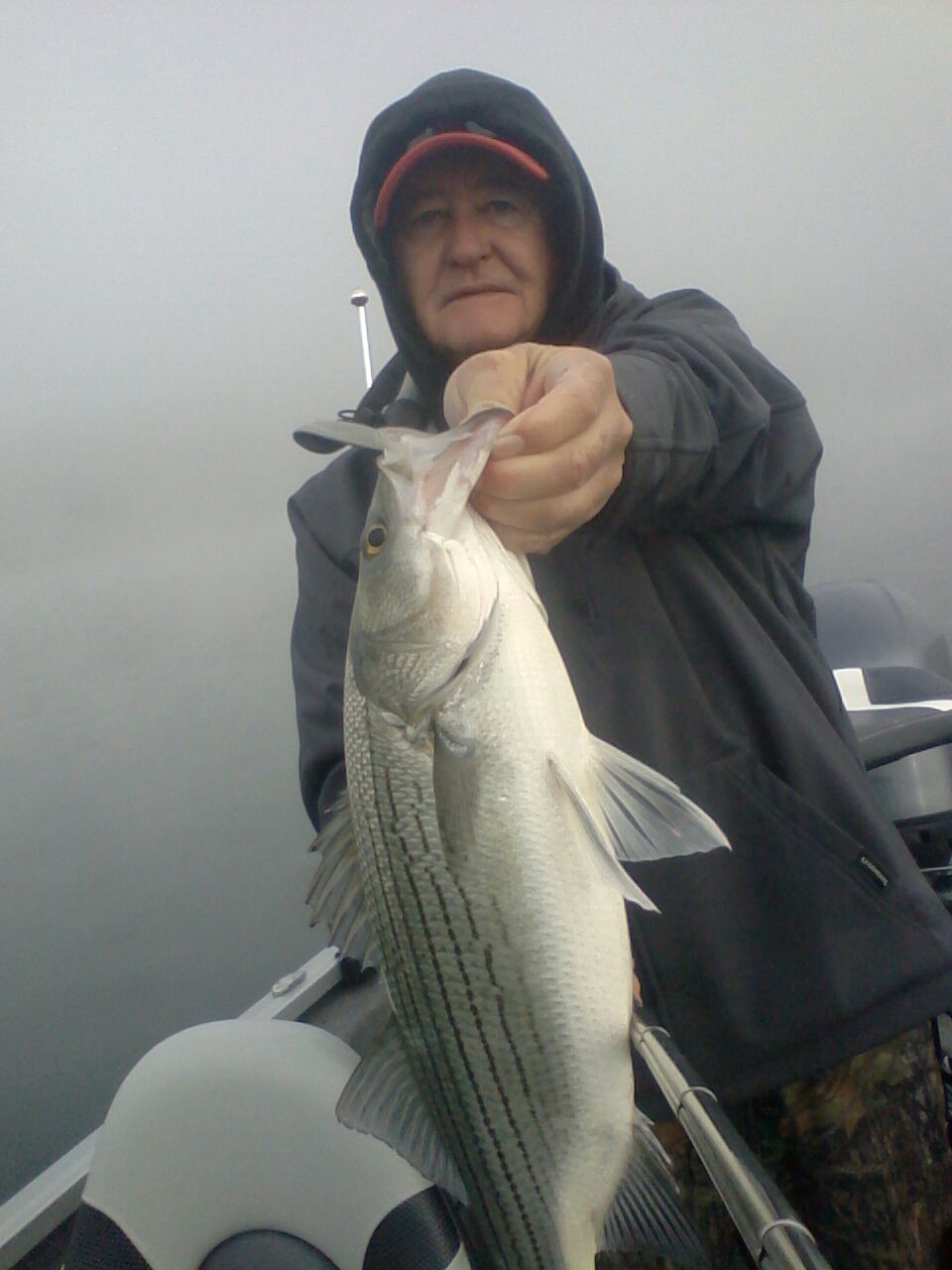 It was very foggy yesterday morning so I waited until the afternoon to go fishing and fished until dark.  It was a nice warm day with wind about 10 miles per hour from the south and I did not want to go in. You never know how many of these you will get. I tried a brush pile near the dock and caught a couple of nice crappie. Next another brush pile on the main lake point and saw plenty of fish but no bites. The shad were plentiful at 42 feet with fish under them. Joe Cebula said he caught several nice Hybrid stripers there in the fog. Joe just arrived and started catching fish immediately.  He also got into the white bass and caught many. I told him they do not count. He was spooning and others also had good luck trolling umbrellas in the Cranfield area between the  launch and the swimming area. I was ready to move again when the wind shifted to the east and the smallmouth bass started biting and I caught them until after dark on a grub in chunk rock. Nice ones too. It is after noon now and it is cloudy but the wind has not picked up yet with the front moving in. I bet some good ones are being caught this morning. Water surface temperature was still 66 degrees. You can save enough at Blackburns to buy gas for your boat and food. You do not have to go far to get big fish.