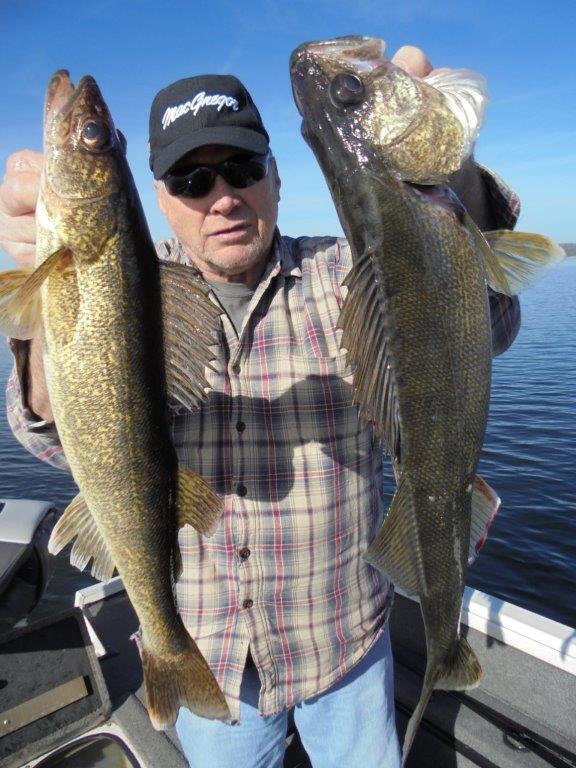 The lake level is 553.42 and has dropped 1/2 inch in the last 24-hours with one generator running about 1/2 the time. The clarity is fairly good and you can see your lure down about 5-feet on the main lake and less in the creeks. The White River is 10.31 feet and dropping. The surface water temperature is 48-degrees and it will be interesting to see what it is after the snow. You will be the first to know. When I say the clarity is fairly good that is relative to the last few years and not in the past where I can remember being able to see the bottom this time of year in 30-feet of water. The fish could look right up at you. The clarity has definetly diminished over time and has not been the same since the floods of 2008 and 2017 and the elimination of the Dawt Mill Dam on the Norfork River. I wish it was still there. Many things have changed on Norfork since then and none of them have been good but it still remains one of the cleanest lakes in the country. The Norfork River in Missouri is not protected from pollution like Corps of Egineer Lakes where there are many more restrictions. If it was not for them we would be polluted like Lake of The Ozarks. With the dam gone there is nothing to impede anything from washing down the river. Another thing that is changing is that fish are allowed to move further up the river with nothing to stop them. Walleye, stripers and white bass are now being found several miles upstream than before. Smallmouth Bass like the cold spring fed river and more of them are up there also. The lake now has foam, which is a sign of pollution, and algae and moss which we never had before. With all of this said we are still the best around and I know of no other place that I want to move to. All of this hoopla about the mercury in the walleye is exactly that. The health department has also warned about 50-other lakes and I guess that is their job. I remember when the same thing was said about stripers many years ago. I am a Chemical Engineer not a biologist so if they suggest limiting the intake of large walleye for pregnant women. lactating women, and small children, I say go for it. I am not likely to meet any of those qualifications so everybody should immediately release all Norfork Lake Walleye they catch and I will dispose of them for you when I catch them. Keep all of the gar, carp and white bass and eat them as they are deemed safe.  Fishing is not the best now anyway except for Bink. He knows where the fish are and has been catching several. I told him to bring the walleye he caught yesterday over to me to get rid of and he refused. I reminded him of the warning about them but he still refused. I cannot teach him anything especially about how to catch fish. He pretty much has that wired. The first thing you should ask when making a reservation at a resort is "Have you raised your prices on cabins and boats this year?"  Blackburns has not but still continues it's policy of continues improvement. We also do not charge for your first boat stall at our dock.