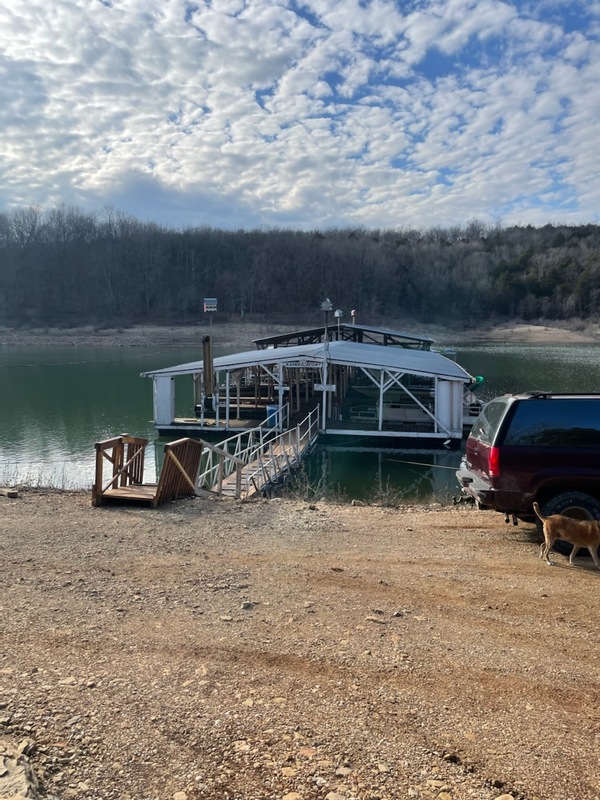 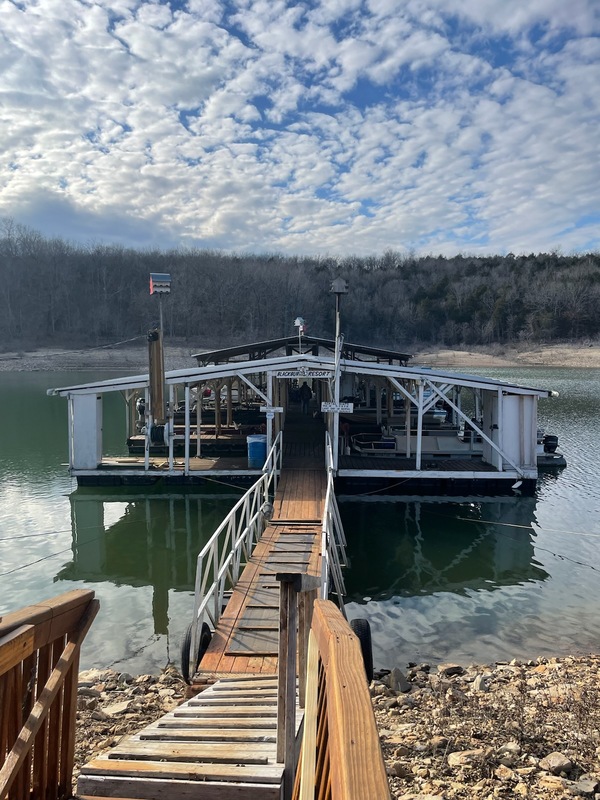 The lake level is 553.54 and has dropped 1/2 inch in the last 24-hours. They quit generating at midnight and I suspect they would have sooner if it had not been on the weekend. We are back in the power pool and Southwestern Power just refuses to let out much water.  The White River at Newport is 11.95 feet and it will be interesting to see if they continue their pattern of regulating around 553.75 and holding the level up too high for the winter. Newport should start to drop if my theory is correct.  The surface water temperature was 48-degrees when I came in at dark last evening. The water clarity is about the same and you can see your lure down about 4-5 feet on the main lake and less in the creeks. It was partly cloudy with light winds and an ambient temperature in the high 40's and comfortable conditions for January. I did not have any reels screaming, did not hammer anything or break off or lose any fish so not much drama but did catch a few nice fish. The big crappie seem to be one and gone and you have to move frequently but the size is worth the lower numbers. They do not hit hard and are slow to take the lure and tend to follow it up and finally bite in shallow water near the top in the late evening. Before that they are in deeper water out of the sunlight. The faster bite just before dark has not happened for a few days and it is just slow and steady and mostly slow. You can get into schools of small ones that bite faster but I am not interested in them and when I catch a throwback I am gone. The larger ones and smaller ones like to keep separate or mostly so. Bass fishing is picking up a little and is best near the steep winter banks near deep water but it is still not good. Trollers are dragging about everything you can tie on to through shad and are catching some red meat fish but are putting in a lot of miles to do so. The hybrids are about the same size as the stripers and some white bass are good sized. They go for hours and not find any feeding fish and then go through some and they bite fast and then it is over. I can barely handle one pole at a time without a tangled mess let alone six or eight of them. We put up our fourth Purple Martin House on the dock and are ready for the scouts to come in March. We also have three more at the resort and all of the houses have been full for several years and people really enjoy them including myself. Blackburns is not Griggsville, Illinois but is fast becoming the Purple Martin capital of Arkansas and is also an Arkansas State bird sanctuary. You can see many varieties of birds while visiting. My bird seed bill is higher than my people food bill. If you like Cardinals, Bluebirds, woodpeckers including pileated, hummingbirds, juncos, bluejays, finches and many more this is the place and we will not charge you too much and there will be no price increases again this year. Give Debbie a call at 870-492-5115 for a reservation as Blackburns is the first to fill up. I put up new flags yesterday including the thin blue line police flag and they are flying proudly over Blackburns.  Both Veterans and Police are welcome here.