Tom Kelly caught and released a good one. 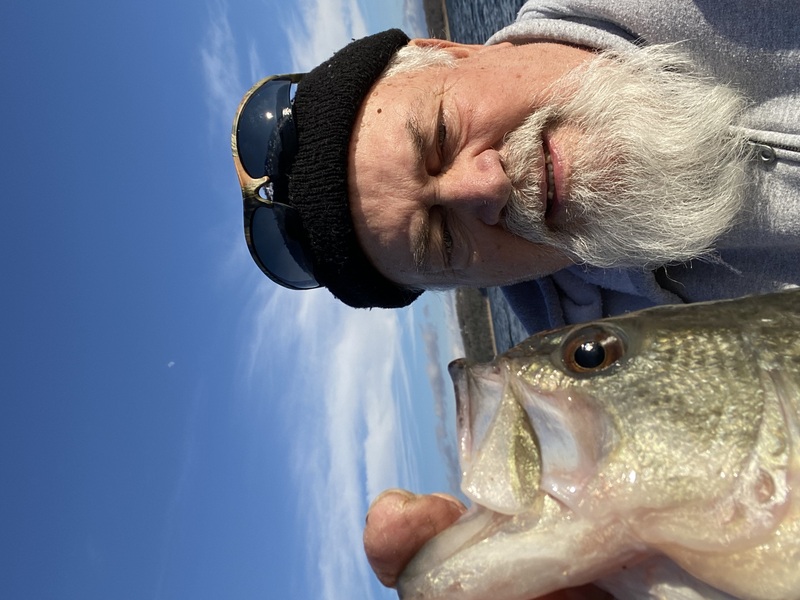 The lake level is 553.75 and is exactly at the top of the power pool. It has risen 1-1/4 inch in the last 24-hours with 1 hour of running one generator. The White River at Newport is 17-feet and leveling off after the rain on Monday. They got quite a bit south and east of us but we received only about 1-inch. The surface water is 52-degrees and is pretty stable and the water is clearing and you can see your lure down about 3-feet. The wind was brisk but not bad yesterday when I went out but died completely about 4:30 PM. The big crappie were biting and I caught my  self-imposed limit of 5 and went bass fishing. Overall fishing is improving with crappie, white bass and small stripers being the best. Spooning near the bottom in 50+ feet of water is best for white bass and the stripers are in a little deeper water suspended a bit. They all die when brought up from those depths so if you want to rid the lake of red meat fish this is the time. I called the Corps of Engineers Office and they said there will be no fish cover permits issued to cut trees from the shoreline on either Norfork or Bull Shoals Lake this year. We will have to cut trees from Blackburns 28-acres of Cedar Trees and haul them to the lake. It will be more difficult but worth it. We want our customers to have the best fishing possible. Game and Fish have already refreshed several brush piles on Bull Shoals Lake recently and are scheduled to do Norfork later. They do a good job. Norfork Lake basin was cleared of all structure before flooding and Bull Shoals was not. You would think Norfork would come first but I am prejudice and do not fish Bull Shoals anymore and have no reason to. There are some big stripers in there though. There are no price increases here at Blackburns this year so give Debbie a call at 870-492-5115 for a spring or summer trip. We remain the best value in the Ozarks and will not charge you too much and your first boat stall is free with your cabin.