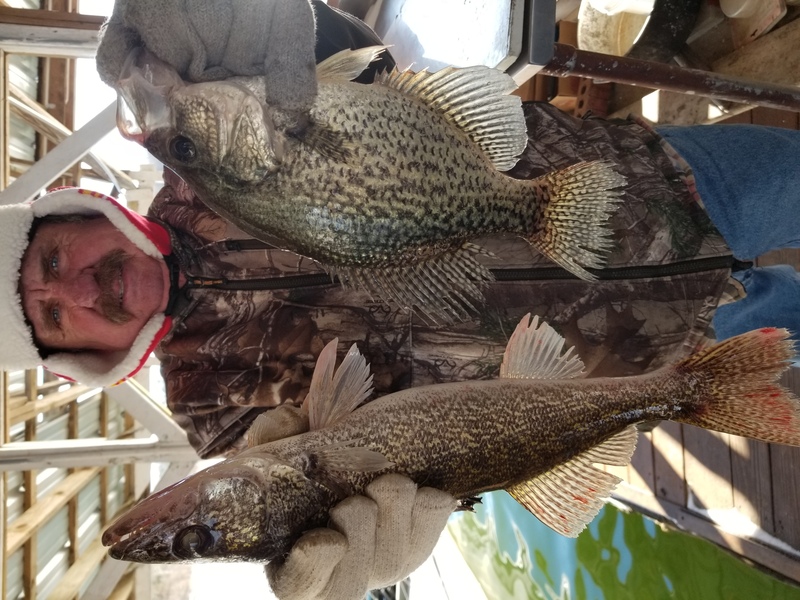 The lake level is 553.31 and has dropped 1-inch in the last 24-hours with one generator running about 1/2 the time. The White River at Newport is 9.49 feet. This is important because it is where the gauge that measures the White River level is located that the Corps Of Engineers uses to control the generation schedule for Norfork and Bull Shoals Lakes. The Black River flows into the White River just above there and the Spring River flows into it. All of this water flows into the Mississippi River via the White River.  It is a good location to tell what is happening with how much water is going into the White River as far as downstream flooding is concerned. If this level is high you can count on not much generation from Norfork or Bull Shoals unless they nearly reach the top of the flood pools which is where they go over the spillway. In the last few years they have held and held until this almost happens, hoping it will not, and then opening up the spillway gates and flooding out everything downstream when there is no other choice.  I would like to see a winter drawdown to about 547-548 and do the best they can to keep the levels down without flooding out anybody downstream instead of using the outdated 12-foot rule to control the level of the White River at Newport from 8May until 30Nov. Any level below 23-feet does not hurt anything and new technology makes this possible.It would not work every year but most of the time. When the level gets below the top of the power pool, which is 553.75, Southwestern Power Administration takes over the generation control and they refuse to drop the level. When the levels get too high and the spillway gates are open, bypassing the generators, all of the potential energy is wasted. Southwestern Power provides electricity to Arkansas, Kansas, Louisiana, Missouri, Oklahoma and Texas and is also a Government Agency. One of those places surely needs cheap electricity. They currently also have the authority to drop Norfork to the 510 level which would also be devastating to public water supplies and all businesses that rely on the lakes. This is the bottom of the power pool and also needs to be changed to somewhere in the 540's.  The surface water temperature was 47-degrees in Blackburns Creek when I went out last evening and the ambient temperature was in the low to mid 20's. As I went into deeper water approacing the main lake the temperature increased to 48-degrees but I did not go far out there or long when the wind hit me. After going back out of the wind I spooned two brush piles that I put in for this reason in the creek for a few minutes and came in after catching a nice walleye and crappie.  The lake is clearing nicely and I could see my lure down 5-6 feet. I went to put the fish in Tom Kelly's trophy pond but it was frozen over and I did not want to walk on it to punch a hole. Almost everything I had on had a battery. Not good.