The Burning Bush and Maple Tree are starting to show some fall color but not a lot. 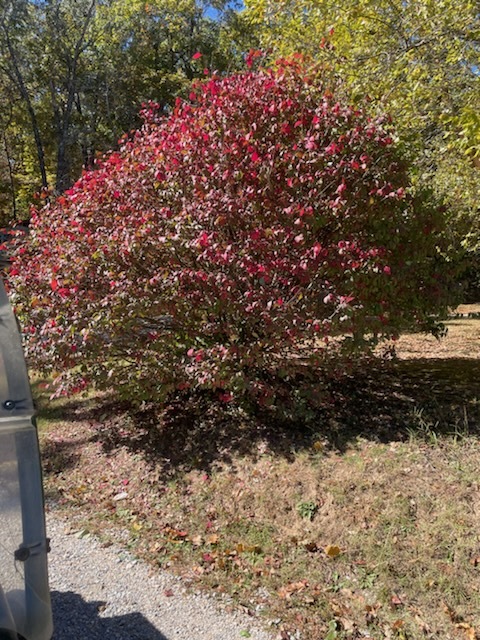 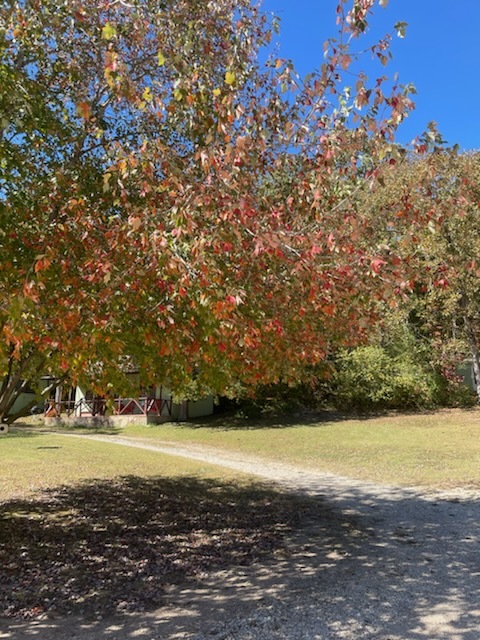 Mike with some nice ones. 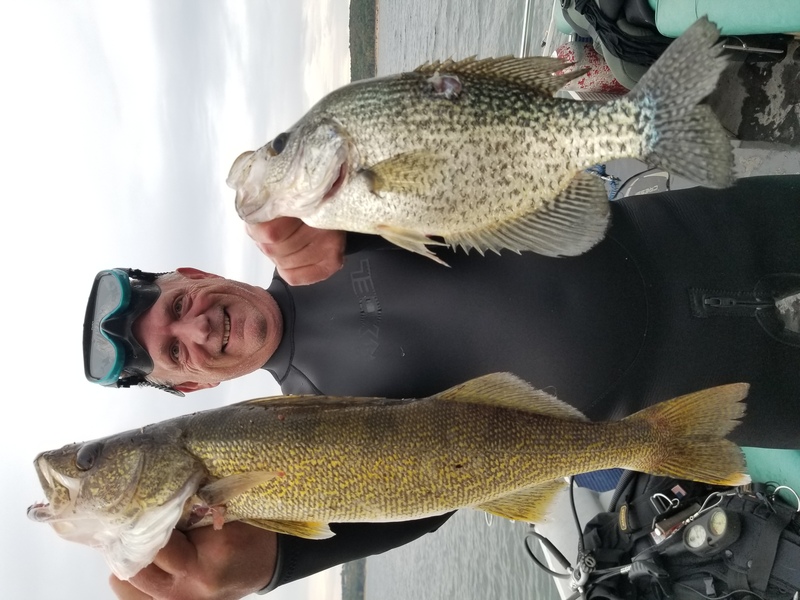 The lake level is 553.03 and has dropped 1-1/2 inches in the last 24-hours with several more hours of running 3/4 of a generator. The White River at Newport is 2.67 feet.  The water is still clearing and the level where oxygen is sustainable for fish is dropping and there is oxygen down to about 55-feet and the fish chasing shad can be anywhere from the surface down to that level. They tend to be shallower in the morning and go deeper as the sun rises. It was very windy during the day with this cold front coming in and now that is over and the high pressure is here with sunny clear skies and light wind. It got down to just below freezing last night and is to get to about 25-degrees tonight and then warm up. Thursday is to warm up to 70 and then near 80 for the weekend. I went both pole fishing and scuba diving yesterday and had mixed results. It was hard to get out of the northwest wind and it was swirling. I did catch a couple of nice crappie but did not find very many so I went diving. It was too windy to spoon.  At least the wind was not blowing under water. The surface water temperature was 71-degrees about 4:PM on the main lake. I talked to some trollers who were dragging umbrellas and they said they caught some small hybrids and a few white bass in front of the docks around Mallard Point but had to go pretty far to get them. The White Bass were nice sized. I still did not see any diving but did get a good walleye and a couple more crappie. There were not as many fish in the brush as there were the day before and more on shad in open water just outside the brush. I seldom go below 40-ft. diving and usually stay from 25-35 feet but shallower in the early season when the thermocline starts forming at about 18-feet. Crappie are starting to bite on the Bobby Garland Baby Shad, blue Ice in color cast past the brush and sinking into it. Almost all of the fish that I am catching are biting on the drop after it sinks about 10-15 feet on wind blown banks on or near cover. Walleye are paired and roaming but not traveling very far. There are a lot of baitfish out there near the shore including creek minnows and game fish fingerlings. Kentucky bass are full of crawdads. Hensley's creek was full of jugs yesterday but I did not talk to the fishermen. Blackburns is still the home of the $59/day one bedroom cabins and a free stall comes with your boat. Call Debbie at 870-492-5115. They stay full most of the time. Yes we know where the fish are.