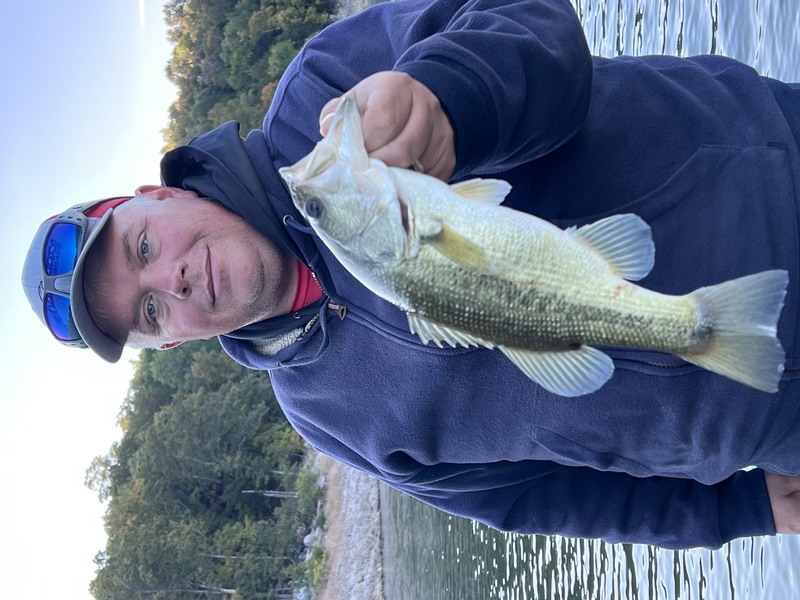 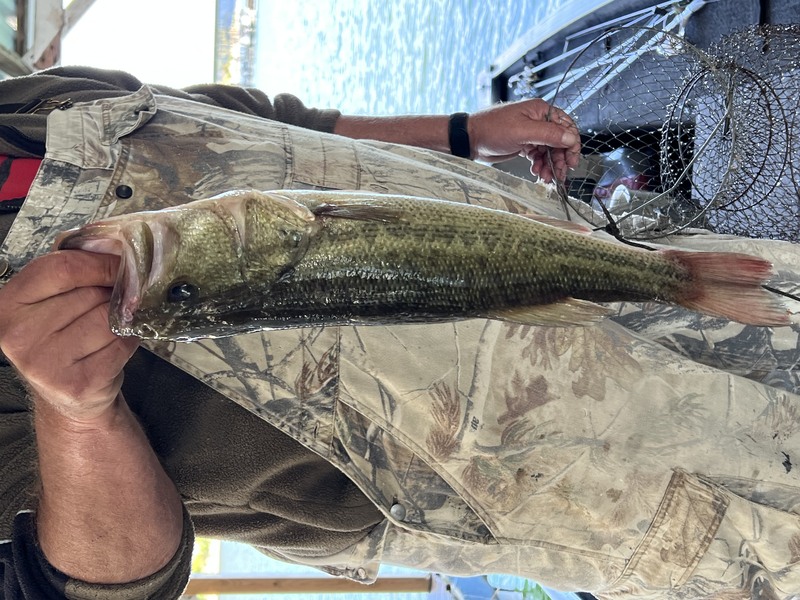 The lake level is 553.32 and is the same as this time yesterday with very little generation. The White River at Newport is 3.88 feet and about ready to dry up. The surface water temperature was 75-76 yesterday afternoon and is clearing nicely after the turnover. I could see my lure down about 6-feet. It is still very stained in the creeks. The fall foliage is changing a little more but not much color on the hillsides except browns and rusty yellows. Pictures of brilliant colors are enhanced.  I have not given up on it yet but the chances of rain have diminished a little with not much expected and most of it going north of us again. It is to be windy though and will blow off a lot of leaves. My Burning bush and Maple are both brown but a rain might bring them out of it.  A few stripers are being caught with the full moon but not very many and not very big. Bass are the best bite now followed by crappie. The crappie are good sized but not in big numbers and you have to work for them. There are bigger numbers of them in Bennetts and Pigeon but they are smaller. Norfork is not the best right now but is improving and will continue to improve as the moon gets smaller and the water cools. October has good weather but the fishing is iffy. I caught several walleye yesterday but they were all throwbacks. The crappie were niced sized, Kentucky Bass were nice sized, walleye and hybrid stripers small. I do not know where the White Bass are but only fish for them when they are handy. The Warmouth are right on the bank and Black Bass are feeding on them and crawdads early and late. Bait fish are back in the creeks in the late evening but mostly have small bass on them. The south wind is warming things up again. Fish south facing banks with a crank bait early and late in the south wind. I do not like fishing in the wind but the bass and walleye like it. I am using a small white grub tipped with a live minnow and a small Bink's Spoon. The Bobby Garland jig is not working for me now but it will and I keep trying it. Fish always scatter just after turnover but the water is clearing.