Scuba Steve with a couple yesterday. 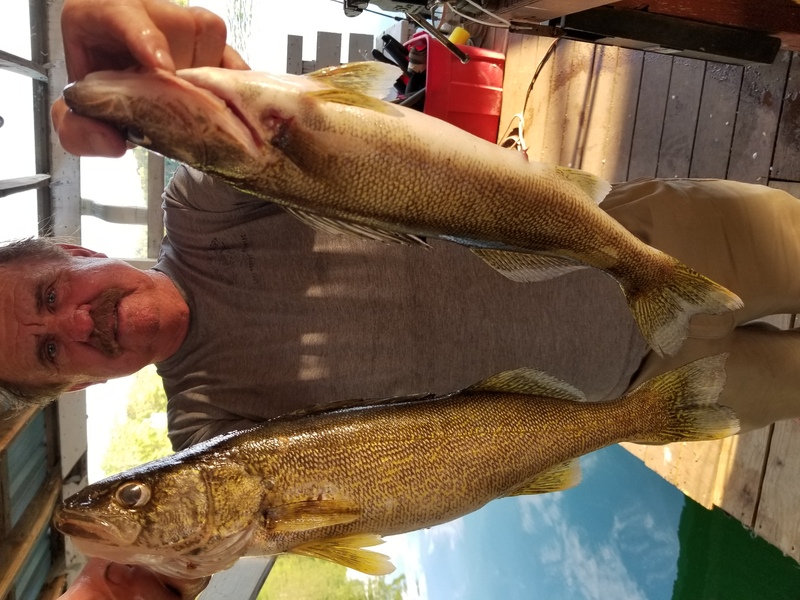 The lake level is 570.04 and has dropped 3-inches in the last 24-hours with both generators running about 16-hours. The White River at Newport is 13.93 and they are holding it steady. Both Bull Shoals and Norfork could start dropping more now that Table Rock is all the way down back to normal and there is no reason to show them any preference at this time. Norfork is 52% full, Bull Shoals is 65% full and the 4-lake system is 51%. It is a good thing that we are in a drought and have not had any rain for 2-1/2 weeks or the level for the other lakes would have really been slow dropping. The surface water temperature is 87 degrees and has been steady for several days. It has been in the mid 90's and is to get near the century mark for Saturday and then cool into the 80's next week. The most popular place in the area is Blackburns big pool with slide. No pool no resort. They are catching a lot of crappie off the dock and a few nice catfish. Striper fishermen are still catching some good ones early around the Cranfield area in about 60-ft of water on spoons ar various depths. Some are also having success dragging umbrellas and live bait through schools of shad in the same place. Walleye are on most main lake points in 25-ft. of water near the bottom and around Robinson Island. In general the thermocline will push down and the fish will follow it except for the stripers and some walleye which will go deep as the ozygen depletes looking for the bubble. Blackburns 1-bedroom cabins are $90/day and $425/week and two, three and four bedrooms are priced accordingly. Come on down. We will not charge you too much and a free boat stall comes with your cabin. We especially welcome Veterans and Police.