Bryan Deardoff with some nice ones yesterday. 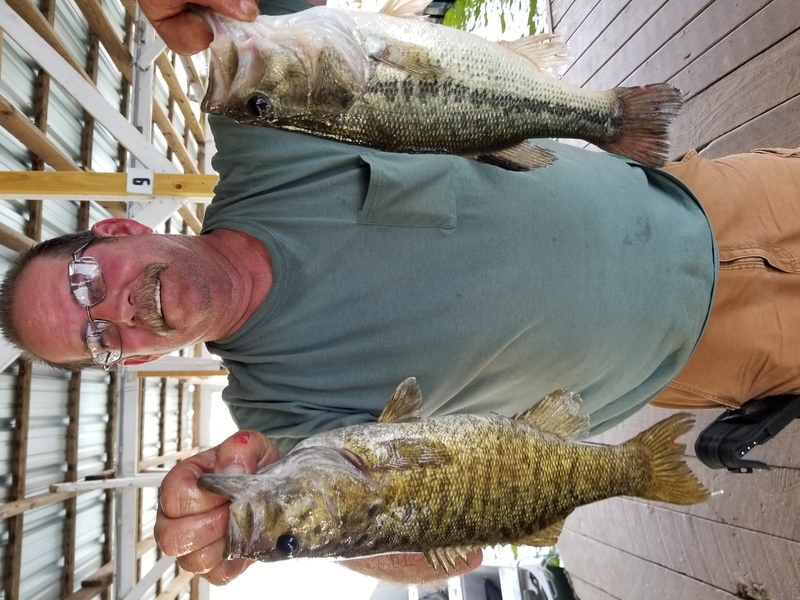 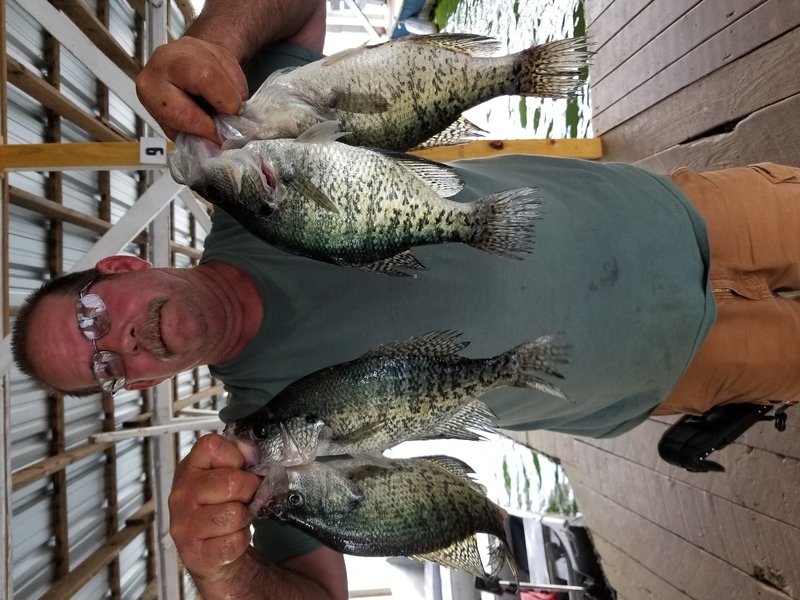 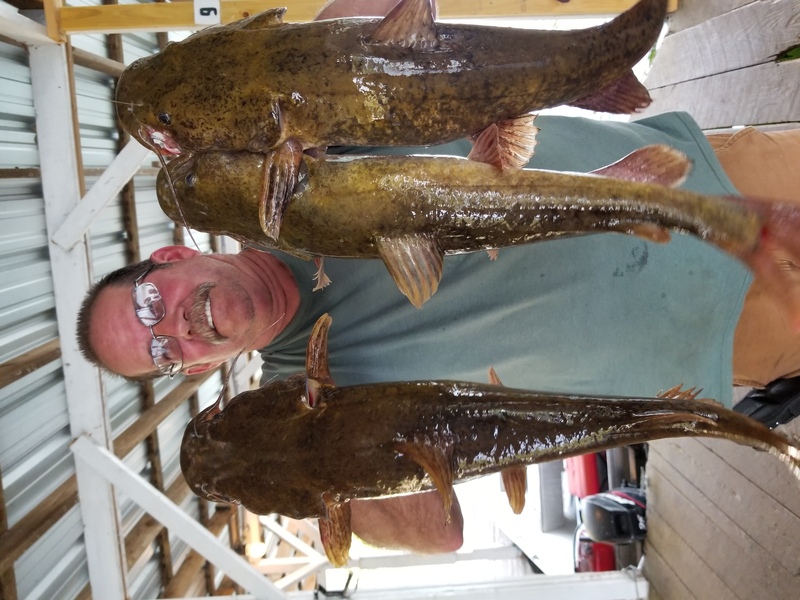 The lake level is 569.64 and has risen 4-inches in the last 24-hours with one generator running for about 8-hours which is more than I expected. The White River at Newport is at 25.81 and has dropped just below flood stage. The rising water has not affected fishing any but has closed campgrounds, swim beaches are all under water, and there is much less parking at the launch ramps. This is all just in time for the Memorial Day rush where a lot of people put their boats in at the same time and for the first time of the year. It will create quite a fiasco at the ramps with many boats not running and people not preparing them for their first launch and also very limited parking. High water really puts the hurt on day users especially on weekends and more especially during holiday weekends. I have seen trucks parked all the way out to Highway 101 at Panther Bay launch before. Cranfield is not much better. Buzzard Roost launch has the most parking. I do not look forward to holidays and am glad when they are over. The fish are coming up everyday now on top-water at sunrise but not nearly as many as in years past and they are scattered with few big schools. The big stripers are not just depleted but are almost extinct with 5-9 pounders being the normal size now. Many hybrids are bigger than the stripers and not nearly as many of them have been stocked. They keep killing the stripers and bragging about it and they just keep getting smaller but a meat hunter is a meat hunter. There are some nice sized white bass but not nearly as many as a few years ago but the walleye are picking up the slack as are the crappie and flathead catfish. Get out early, take the middle of the day off and go out again about 5-PM and stay until after sunset and come in before dark. The lake is very clear for the water level and is clearing more everyday. Ovarall fishing is good. Come on down to Blackburns. We will not charge you too much and your cabin comes with a free boat stall. Surface water temperature was 67 last evening in Blackburns Creek.