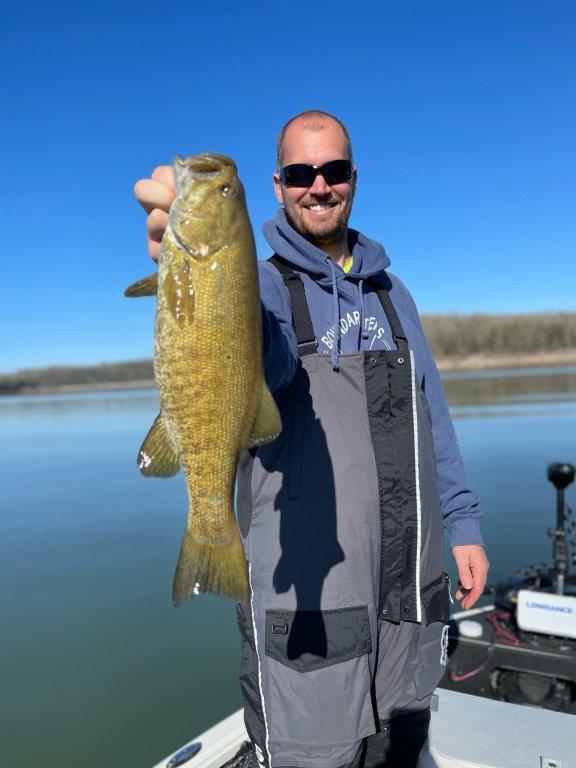 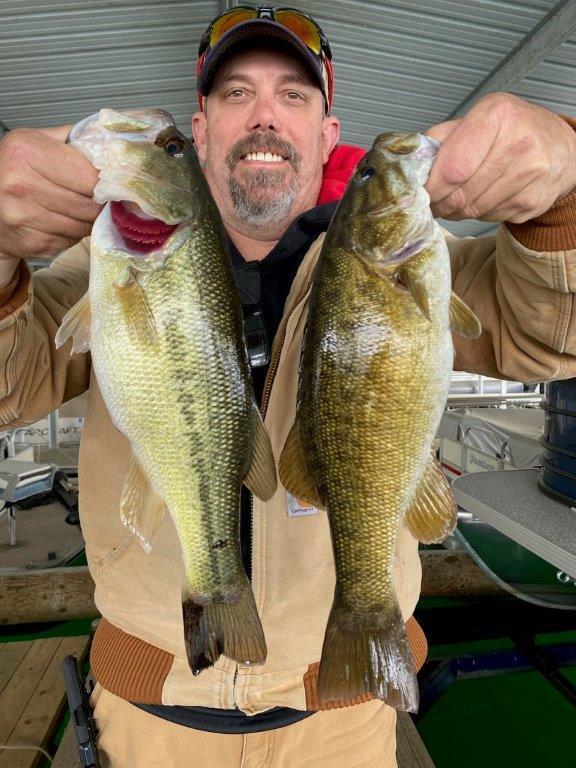 The lake level is 559.45 and has risen 4-inches in the last 24-hours with 4-hours of running both generators, 4-hours of running less than one generator and nothing for the rest of the time. There has been no generation since yesterday midnight and none now. The White River at Newport is 23.85 and that is as much as they can let out at this time. They should have done this in the winter and we would not be where we are. If they would have dropped it to 547 we would be at 554 now not bumping 560. We need to let the government run more things. We are to get some serious rain early next week. The water temperature was just over 60 degrees in Blackburns Creek yesterday afternoon and 62 on the main lake. They should even up today. The water had cleared up in this area near the shore to see bass on beds. Some have spawned, most have not but several are in the process. Same with crappie but they are ahead of the bass. I expected over 18-lbs. total for the leaders of the Bassmaster College Series Tournament and they got 19.1 lbs. yesterday. That is pretty good. It is sunny and windy today and could be just a bit tougher but they started early and there should have been a top-water bite after the warm night. Most of the fish will be caught early. Bass fishing is the best, followed by crappie and walleye and catfish. trollers are getting a few temperate Bass but they are small. They just keep killing them. Striper Guides are killing themselves out of business and do not seem to care. Live for today, fish with lighter tackle and longer rods and convince Pilgrims they are catching big fish. They sure do fight hard. Blackburns is full but only have one cabin of Bassmaster College Fishermen and the rest are regular customers. Some wished they would have known there was a big tournament and would have postponed there visit until it was over. I would have told them but was not aware of it. It will be over tomorrow afternoon. I guess it is good for the economy of the town as I sure see a lot of boats at local motels. Most people are catching fish and it is getting better everyday. Most of the big tournaments are over for a while and the lake should go back to peaceful until the summer traffic picks up at Memorial Day. This is a good time to come to fish and relax and Blackburns still has cabins for $59/day with a free boat stall. We are fighting inflation as hard as we can.