Shelby and Ellie May Soltysiak with some nice ones. 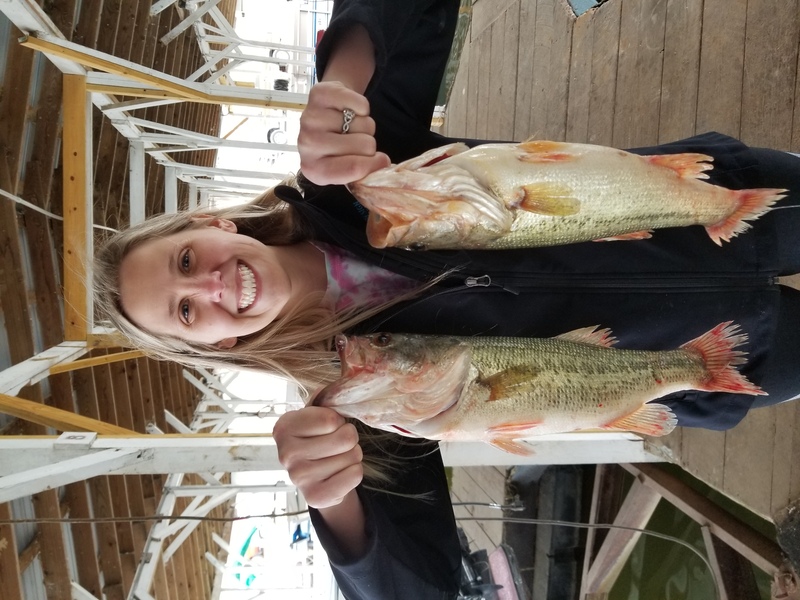 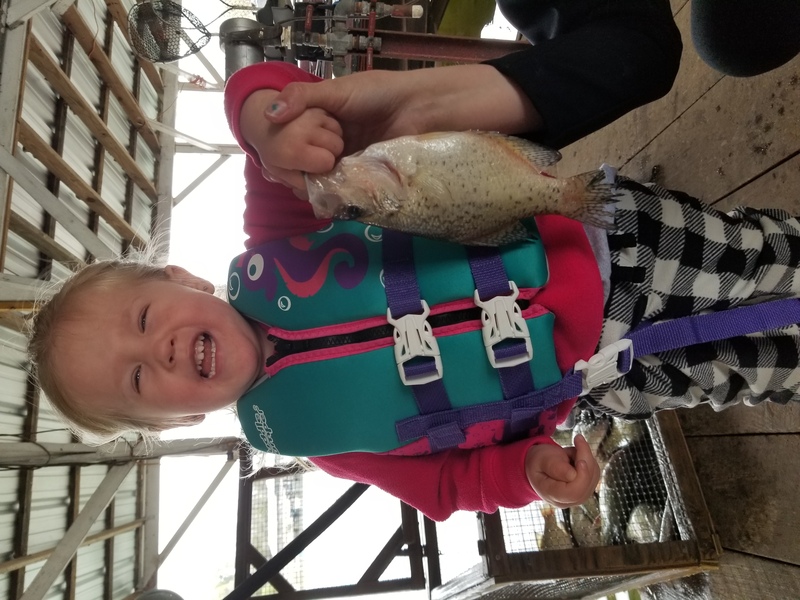 The lake level is 559.15 and has risen 6-inches in the last 24-hours with no generation since 5PM yesterday. The White River at Newport is at 23.58 so do not expect any lake level decreases in the near future and with rain the the forecast not in the distant future. The water is trying to clear and is pretty clear near the shore with the rest of the water  stained an off-color green. We received 1.2 inches of rain earlier and there is some reports of ugly water north of us but not here. I do not go there anyway but it affects the water level. Local rains do not make nearly as much difference as rains in the Norfork River watershed area in Missouri. The surface water temperature was 58 in Blackburns Creek and 61 on the main lake where I was fishing yesterday afternoon. There are a lot of boats out there and it will not break my heart to have them gone. The parking lots at the local motels are full of bass boats and I am sure they appreciate the business but I would prefer the tournaments were in the fall after the spawn. They come charging into the cove, slam down their trolling motor and beat the bank for a few minutes and then pick up their trolling motors and charge out again. Fishing in a hurry does not appeal to me but I am not doing it for a living. I guess they get more active fish that way but I find the larger fish require a little more patience but I like peace and quiet and do not care if I see another boat. I like the idea of measuring the fish and taking a picture and releasing them at the site that they are caught instead of hauling them in bags for a weigh-in and releasing them all in the same place even though length does not always indicate weight. It is all about the $ anyway. I caught several bass and one was very large in about an hour. We are now almost in the middle of the spawn. I expect it will take at least 18-lbs to win this weekend. Some very large bass are pre-spawn feeding on creature baits,  gitzits and football jigs and smallmouth are coming on strong with several in the 4-lb.range being caught. Things will calm down by Sunday evening but the lake will be churned up. Do not go out between the bridges with a small jon boat until then.