Doug Ireland, Jamie Hill and Emmie Ireland are visiting from Montana and we are glad to have them. Nice people. 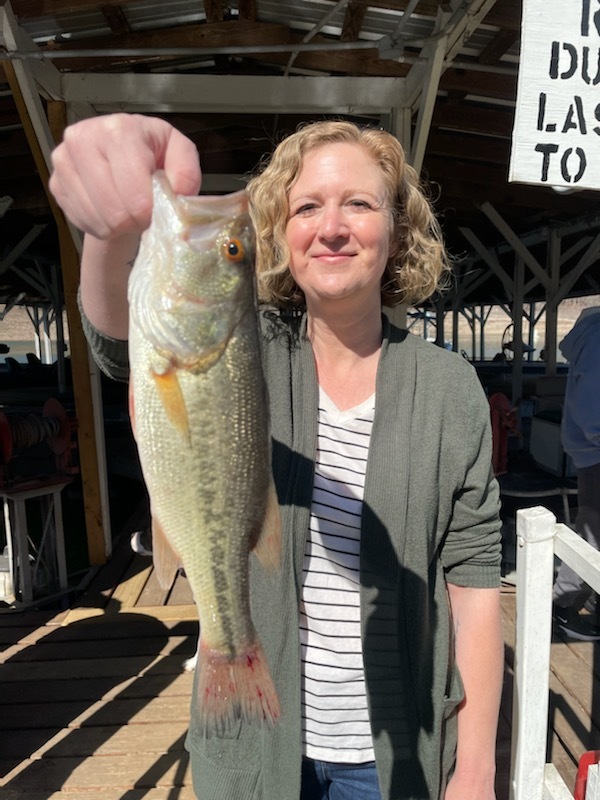 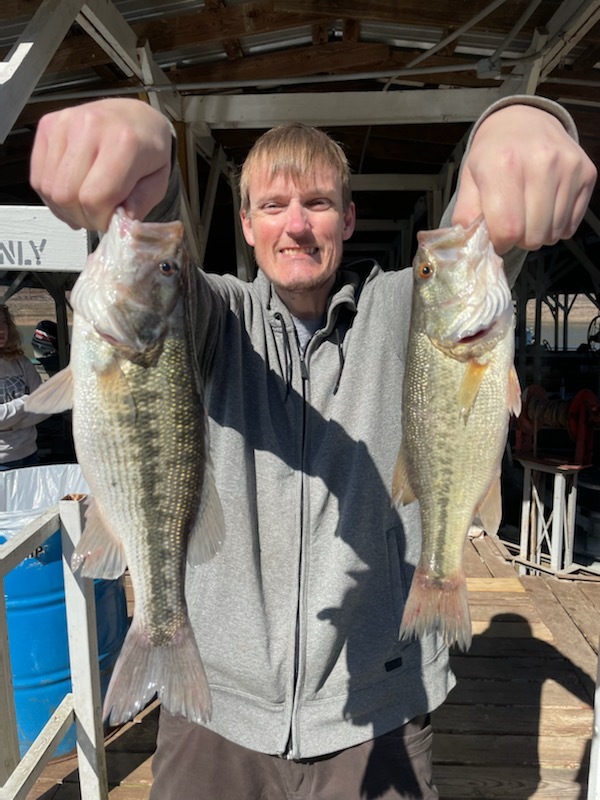 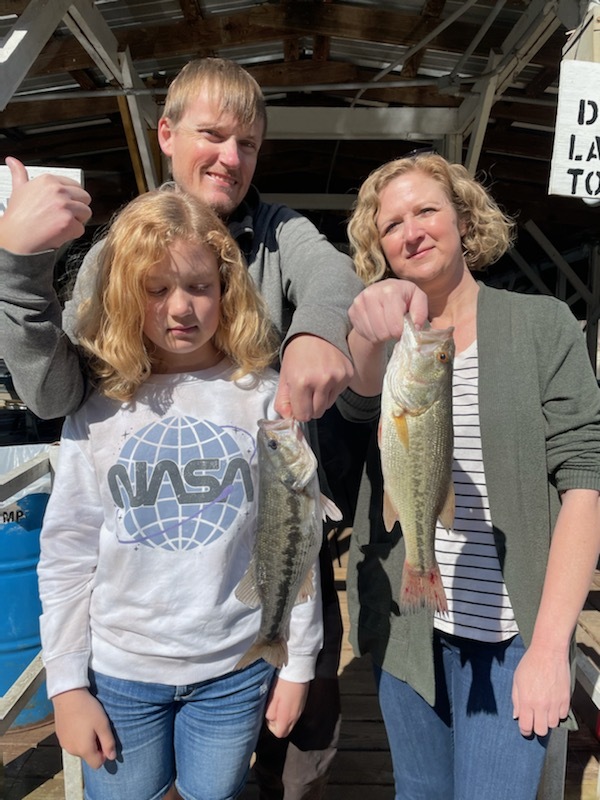 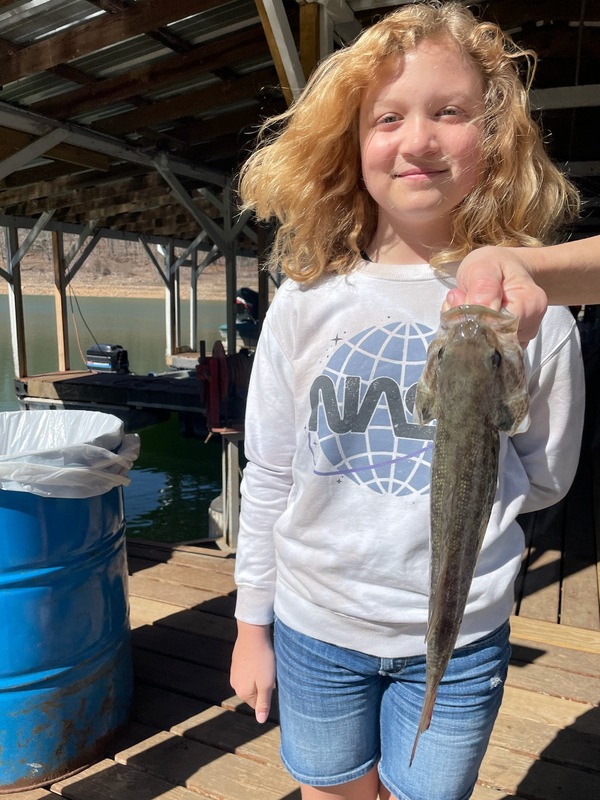 The lake level is 553.02 and has dropped 3/4 inch in the last 24-hours with generation a little less than 1/2 the time. The White River at Newport has now dropped below 17-feet and continues it's decend with the power company in charge. They are letting out less and less water everyday. We are to get rain starting tomorrow afternoon and it is slow moving and we could get a couple of inches. It is to be followed by another cold front and highs are to be in the high 40's and low 50's for a couple of days. They just keep coming but are better than severe storms. The normal high is 62 but I guess that is an average between 70 and 45. I went out yesterday evening for a couple of hours after work and fished the back of a creek that the south wind had been blowing into to check things out. The main lake has still been good to me for bass and crappie. I caught some bass in shallow brush at about 12-ft. deep near the bottom and a few crappie near wood just at the drop-off. They were all singles with no schools indicating the males are staging getting ready to make a nest. The water temperature was 55-56 on both the main lake and backs of the creeks so the wind has been mixing it up. A couple of days with highs in the 70's and lows in the 50's will get the spawn going and the calendar moving into april will not hurt anything either. Roger Moody is a good bass fisherman and he reports having a tough time back in the creeks in the morning but caught several in the afternoon and evening just around main lake points on the inside. He and his brother release all fish on site and are conservationalists.  I expect some good ones to come in today with the clouds moving in later. Blackburns still has two cabins open this week so some on down. We will not charge you too much and your first boat stall is free. The one bedroom cabins start at $59/day for two people and the two. three and four bedrooms are priced accordingly. You can launch on site and we will give you a hand if needed. No need to go elsewhere to launch.