Steve Monroe and Ronnie Reaves from St. Louis, Missouri show off some of their catch monday. They caught some nice fish and are always welcome. 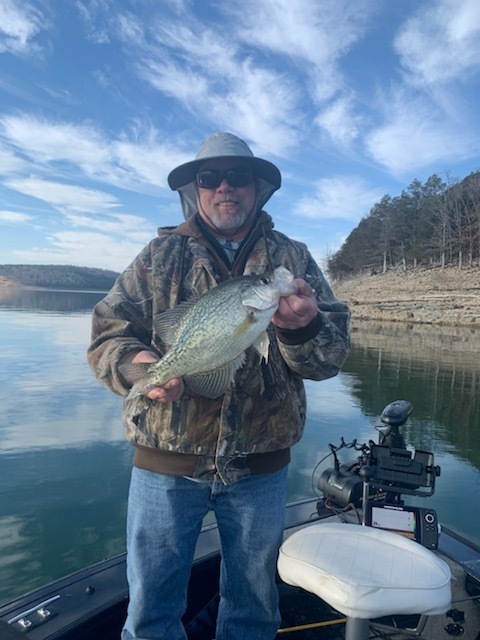 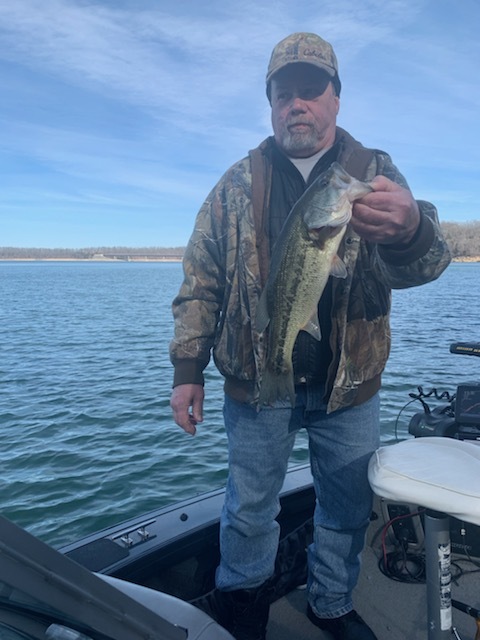 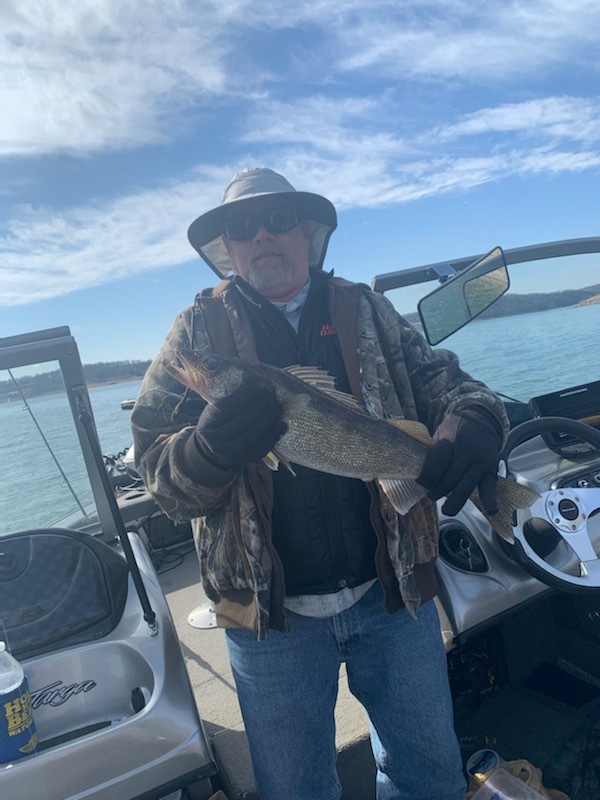 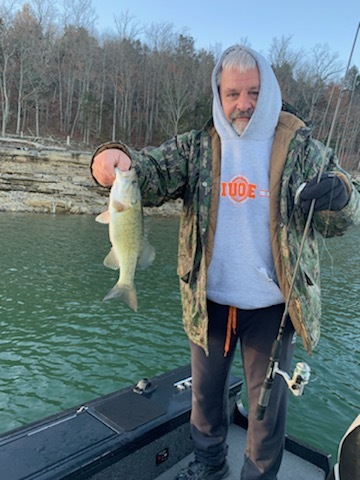 The lake level is 554.85 and is about the same as it was at this time yesterday with both generators running continuously. If they quit generating it will rise again. The ground is saturated and still running in the lake. The precipitation has started and is sleet/ snow and it is too cold for rain with the ambient temperature in the low 20's. Most of the potential ice is scheduled for tomorrow with the worst going south of us. This is just a miserable day and another one tomorrow. Saturday looks better and sunday warmer again. My immediate concern is the ice with possible power outages but the water level concerns me almost as much. We should be nowhere near where we are at the end of february and there is no logical reason for it except for mismanagement.  We certainly have not had excess rain but a refusal to let water out until now. The White River a Newport is at 19-feet and where it should have been until we get down to the 540's. When they turn it over to the power company at 553.75 they just try and keep it there for a reaon nobody knows. The top of the power pool should not have been changed from 552 with the implementation of the worthless minimum flow law for the put and take trout on the White River which took away 1.75 feet of flood capacity. I suspect the lakes provide as much economic impact as the river but the river people were smart ewnough to pay to have a professional study done and present it to congress and change the law while the lakes people were not unified and still are not. Yes it would be nice after a free-flowing a river was dammed up to let just enough water out to keep it steady flowing all year long but that is not how it works. Open gates river. Close gates dry. The rivers are plastic and will never be free-flowing again The dams are no longer for just flood control or power generation but for trout, economics and politics. All of the rules need to be reviewed and modernized. One good rule would be to let out as much water as needed to keep everybody from flooding out both on the lake and the farm land downstream. They may not be able to do this all of the time but sure could do a better job than they do now. If it takes an act of congress so be it. The trout people did it with the minimum flow law. I am not sure that the towns around the lakes realize how much tax revenue comes from them. We caught fish up until monday afternoon when the cold front came in and it came fast dropping the temperatures from the mid 60's to the 30's in a few hours. We finished with the new carpet on pontoon #11 just in time. It would not have mattered to me if they were biting or not after that with that cold north wind blowing in my ear. Everybody came in early afternoon. I went out yesterday to check things out and came in again. The water surface temperature was still 46 and the water was very clear compared to a week ago. The lake overall is in excellent condition and we will see how much the ice and snow lowers the water temperature. Sunday should be the day to go fish. Keep generating boys.