Tom Kelly with some pretty good ones. 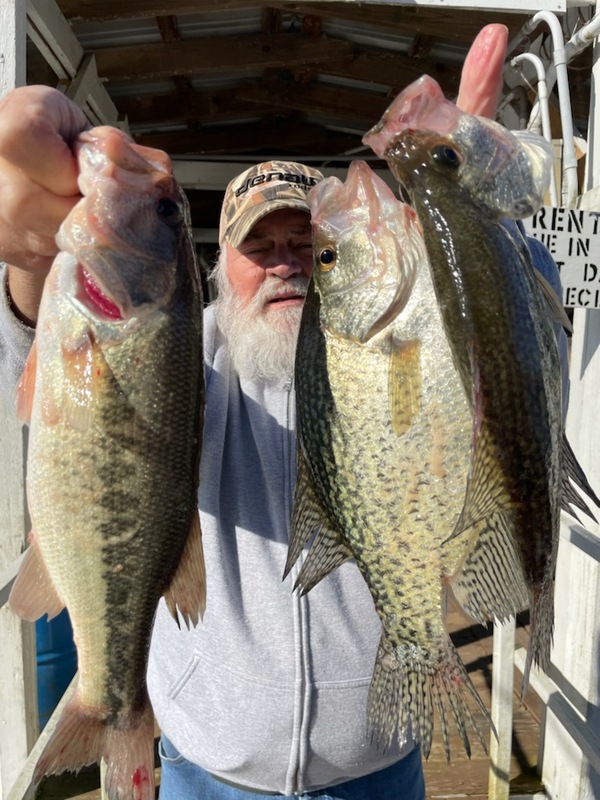 The lake level is 553.34 and is the same as it was yesterday at this time with just a couple of hours of generation. They just started again. The White River at Newport is still 19-ft. and the water surface temperature is 51 degrees and has been the same for over a week. The lake is still stained green but is getting a little more clear everyday and needed to. The weather has been beautiful with sunny skies and light winds and temperatures in the high 50's. That is to change on Saturday when another cold front is coming through with a good chance of snow. Just keep away the ice and wind and we will be fine. It is going to have to get a lot colder if there is going to be a shad kill like last year and the days are now getting longer. We have a good population of shad but I suspect there were more that died than originally thought. Several were floating but many more sunk to the bottom. Last December and January were very cold and there was ice in the creeks. That has only happened a few times since I have lived here for 28-seasons. I moved here when I was a very young and  small child and fell off the turnip wagon and was abandoned by my parents. Blackburns has several good fishermen here from all over the country and all are catching fish but not in high numbers. Some are striper fishing, some are bass fishing, some are crappie fishing and some are fishing for anything they can catch but they all are liking the weather. I am making as many improvements on the resort as I can and then going out fishing in the afternoon. It is hard to believe how fast prices are increasing on everything but I will hold prices here at Blackburns for as long as I can.