This is what it looks like out my front door. 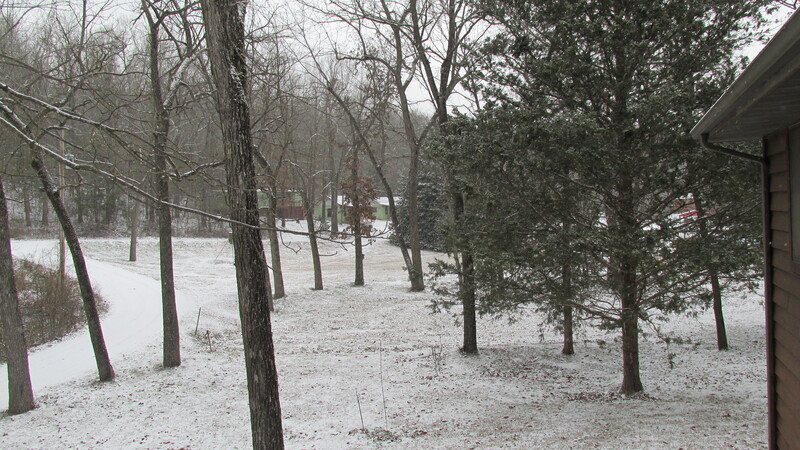 The lake level is 553.68 and has dropped just over an inch in the last 24-hours with both generators running about 1/2 the time. We are now back into the power pool and our future is up to the Power Administration. Neither government agency is doing much about dropping the area lakes for the winter. We had less than average rainfall for the entire year of 2021 and still were flooded out all spring and summer. It is mismanagement not too much rain. They go into the spring too high and then quit generating when it rains. The lake surface water was 52 degrees when I went out yesterday afternoon. I waited until the wind layed and the ambient temperature was in the early 40's. I fished until after dark mostly for bass but tried one brush pile for crappie and caught just two about 11-inches. I have been off the big ones for a while but like bass fishing just as much. They are on their winter banks now and the best bite is from 4:PM until dark just around the corner on the inside points of the main lake for about 100-yards. Some big crappie are behind them and they are right on the bank. The bass are a little further out. I am using the 1/4 ounce Bink's Spoon in the brush and the 3-inch green stingray grub on a 3/16th jig head and touching bottom. It does not have much action but works anyway. You can also jig it straight up and dowm.  Be prepared to lose a few. The snow has quit and it has now covered the ground and it is to get cold tonight. Both snow and cold will drop the lake surface water to about 50.  I will go out and try to catch a bass later this afternoon and see what tomorrow brings. It is to warm back up later this weekend and it needs to. The normal high is 43.