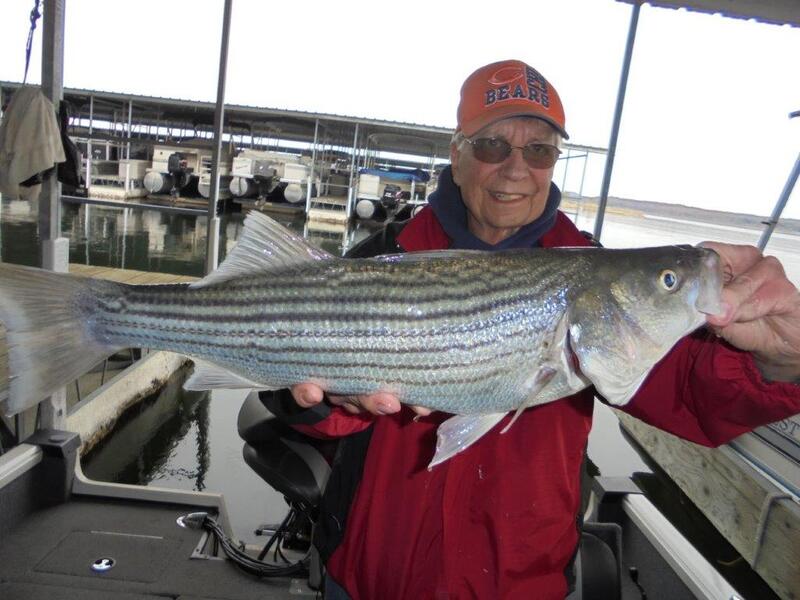 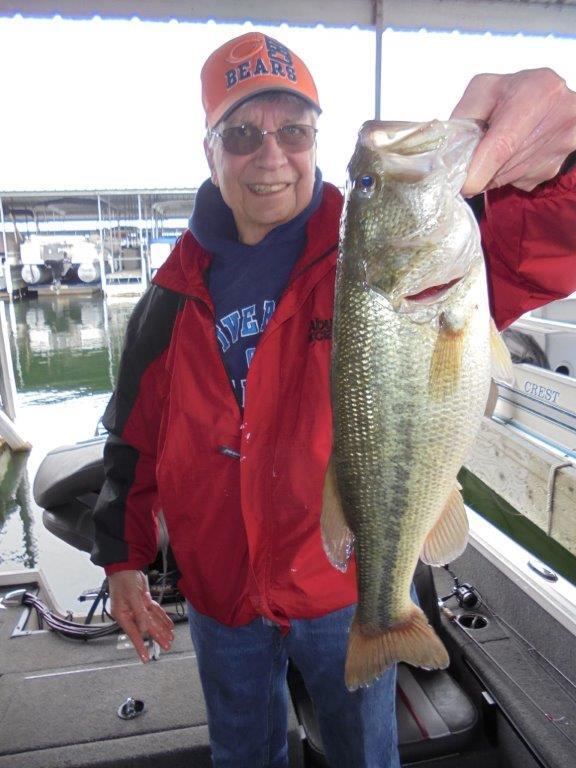 The lake level is 553.65 and has risen 1/2 inch in the last 24-hours with just 1-2 hours of one generator running. The White River at Newport is 4-ft. and there is no effort to drop the lake. It is to be another nice day today with rain coming in from Oklahoma tonight followed by windy conditions preceding another cold front. Happy birthday US Marine Corps. 246-years young today. I know we are to eat cake cut by a sword and drink beer today but I am not much on cake. Tomorrow is Veterans Day and I sure hope they do not try to cancel that. It might not be the smartest thing that they ever cancelled. Blackburns welcomes all Veterans and you can add Policemen to that list. It was 70-degrees and cloudy with the sun breaking through every once in a while with light winds when I went out yesterday. The water surface temperature was 65 degrees and the water continues to clear. There was patchy fog this morning but not bad. Everybody reporting to me about fishing yesterday caught fish. Tom, Mike, Bink, Dave and Scuba Steve had good days but we know where Blackburns Brush Plles are. There are fish on the bank and in open water but brush is producing the best fish. Walleye fishing is getting good again as predicted and some very large crappie are coming in and some good largemouth are being caught but not a lot. I caught 2-walleye, four crappie and two keeper bass and several nice bluegill in about two hours of fishing. No catfish yesterday. They will slow down as the water gets cold. I will fish for walleye, crappie and Kentucky Bass until the wind picks up from the north later and then try for some smallmouth bass. It is time for them and I really like to catch smallmouth but never kill any. Kentucky Bass are for eating not largemouth and smallmouth. The biggest change in the lake is how many fishermen there are out there.  Several years ago I would be nearly the only boat out there this time of year and now they are everywhere. Fish kills are not the only reason the striper numbers are way down, fishing pressure is also a big contributor. People are learning how to catch them much easier. I do not target them anymore and do not fish for them in deep water. Any accidently caught are immediately released to grow otherwise we will be a lake of 7-8 pound stripers. The crappie are not getting smaller though and we have found some giant ones. All fish being caught now are very healthy. There must be plenty of food because most of the schools of baitfish are holding few if any predator fish and the schools of temperate bass that I am finding are much smaller. We will see what happens later next week as the full moon approaches if the people still night fishing start to show off dock floors full of dead small stripers. I bet they will. I will not. We all need to quit showing off and killing huge stringers of fish no matter what the legal limit is. There is just too much fishing pressure to sustain this. Norfork is not that big. I remember when it was difficult to catch any fish on Norfork. We do not want to go back to that.