Wayne and Jody are guests of Blackburns and had fun fishing with Bink. We are glad to have the Texas boys. Nice fellows. 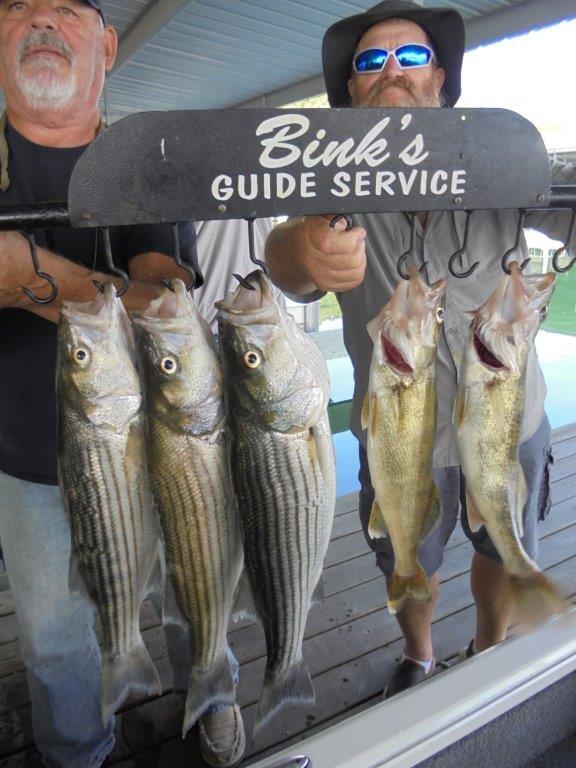 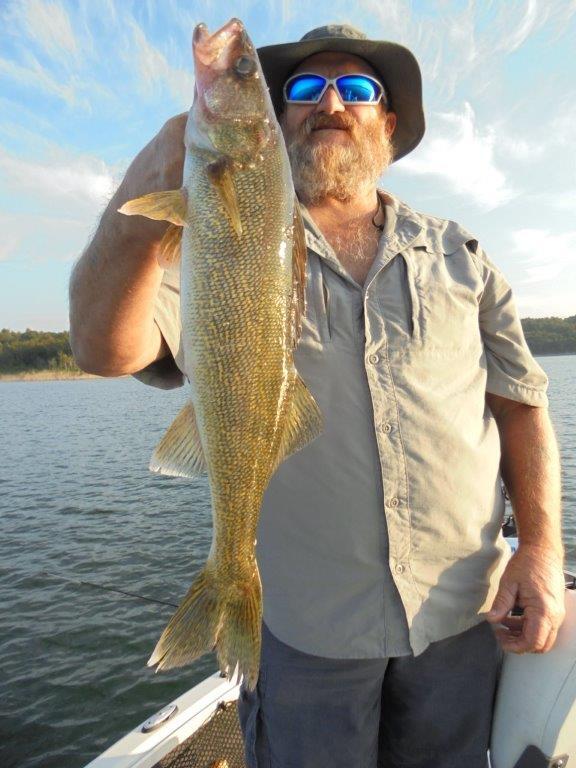 The lake level is 555.66 and has dropped 1 inch in the last 24-hours with 1-1/3 generator running about 8-hours in the afternoon and evening. The White River at Newport is at 8-feet and they are trying to hold the lakes up as high as possible for as long as possible. I had a little over 84 degrees surface water temperature yesterday afternoon when I went out about 3:30 Pm and fished for about an hour. It was a little windy so I switched to a 3/8th ounce spoon in order to keep my line straight up and down and not snag. I prefer the smaller spoon in still water.  I went to a Blackburns brush pile close to the dock and caught four crappie and three bass in one hour and did not move. All were keepers but no very large ones. The crappie were about 11-12 inches and the kentucky bass were about 13-inches. I released all of them under the dock. I do not take selfies and I know you get tired of seeing the same old face so I try to show as many different people as possible. Some do not want their picture taken. I release almost all of my fish anyway except for a few that I get for people that love fish but cannot get out. I keep no big stringers of fish and quit when I get a few and prove I can catch them. It is fun to see how many different species you can catch in one day.  Bink is back on the walleye and found them deeper and suspended off the bottom a bit and some stripers and Hybrids are with them. Most are just outside of brushpiles rather than right in them. I was fishing in 28-29 ft. brush and the bass were right on the bottom and the crappie were on top of the brush and hitting the spoon on the drop. He is fishing around 40-ft. but catching different kinds of fish than I am. Tom Kelly has turned into a bass fisherman and releases all of his fish and is letting the stripers alone until they make a comeback. Mike Eakle fishes mostly for crappie bass and walleye and is also leaving the stripers alone. I also get several reports daily from other good fishermen. I miss Harvey Hall.The weather is to cool drastically in the middle of next week with a cold front coming through. We will see what it does to the fishing but I suspect it will not affect it too much. I did not see one jet ski out there yesterday. They seem to like to impress me by showing off for some reason. One of the reasons I moved here 27-years ago was to get away from mosquitoes. Yes our pool is open.