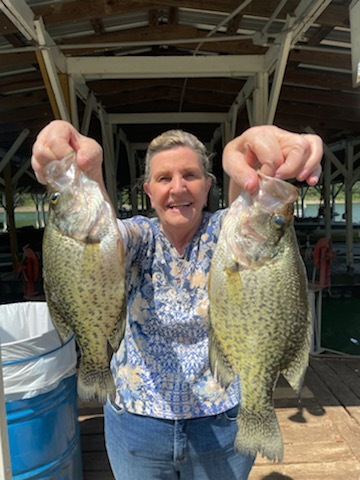 The lake level is 562.05 and has dropped a little over 3-inches in the last 24-hours with generation about 3/4ths the time. It has been a cool cloudy day with light rain but not much so far. It is really greening things up. Summer is not over and it is to get into the high 90's again later next week. I guess I will believe that when I see it but it could happen. The weatherman is never wrong. The Striper Club sent out a diddolved oxygen report and it showed good oxygen at 15 and 30 feet. That explains why many of the fish are at those depths. I do not expect much of a striper kill this year for two reasons. First, the dissolved oxygen has remaind good all summer and they did not go deep like normal. Most of the BOD is gone from the lake and a lot of the wood has died from previous high water years resulting in less decaying wood.  I am actually surprised of the amount of green buckbrush still left after the water has receded. Second, the most susceptible fish to a kill are big stripers and they are mostly gone. I like to be positive and this could be a good year for striper growth and the stocking program has resumed. It would be much better if people would quit killing the future by taking the small 5-9 lb. fish. Old habits are hard to break and very few people seem interested in having the big ones return. Kill a 5-lb. striper and cut out the red meat there is just about 1-lb. left. The larger crappie have been biting pretty well lately and even the trollers are picking up a few. They are in about 29-32 feet of water near the bottom and are biting the spoon best. They all die when coming out of 30-ft. of water especially when it is so warm so I quit after three or four and leave the rest. Taking pictures of huge striingers of any fish just make people look like gluttons. Walleye and bass stay alive better and I have been catching several of both and releasing them under my dock. The school keeps getting larger and larger. The children just love fishing down there and have a lot of fun. The surface water temperature was 85 this morning and the lake remains clear looking down from the surface but the visibility is not good at the thermocline and just above it. Find brush in about 30 ft. of water and drop a spoon. Many fish are there and you could catch about anything.