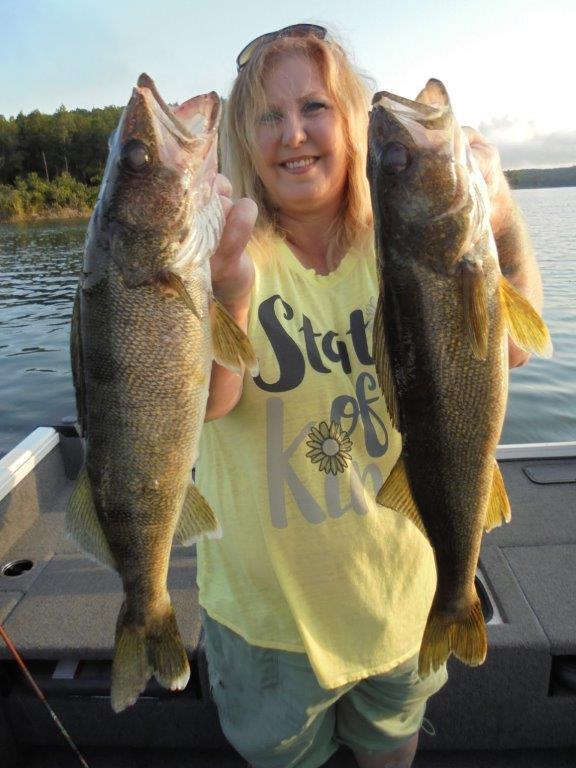 The lake level is 568.77 and has dropped a little over an inch in the last 24-hours with generation about 60% of the time. We did get a small shower yesterday but not much. They are doing an excellent job of holding the area lakes up as high as they can for as long as they can. It has dropped a little over four feet since it's high earlier but we are now about 2/3rds through July and school will start soon. I had a water temperature of about 84 degrees yesterday and the water was clear with a thermocline in the mid 20's. It usually gets to a little over 30 by August but not much lower. Blackburns has a mixture of families, people looking for real estate, people just wanting to get out of the city, boaters and fishermen. It is a diverse group but a big one. Out pool is about the busiest place on the lake but it is big enough to handle several.  The weather has been great with just a few pop up showers but the chances for rain will diminish starting today and it is to get in the low 90's again near the weekend. Good boating and swimming weather for the rest of the week. Bink is still on the walleye and the bass fishermen are doing well in the evening. Not much is changing with water temperatures remaining the same and the water clarity continues to be good. Public launching and parking remains congested on weekends but is not bad during the week. There were a lot of boats out there between the bridges yesterday and it is the busiest place on the lake. It can also be the windiest. Come on down to Blackburns. We will not charge you too much.