Dave Titus with one nice smallmouth released under the dock caught by the Boy Scout camp. 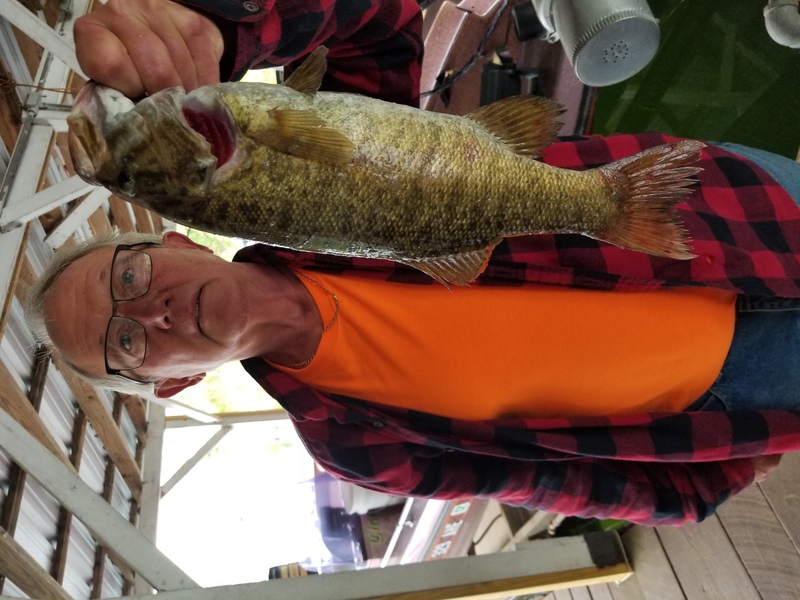 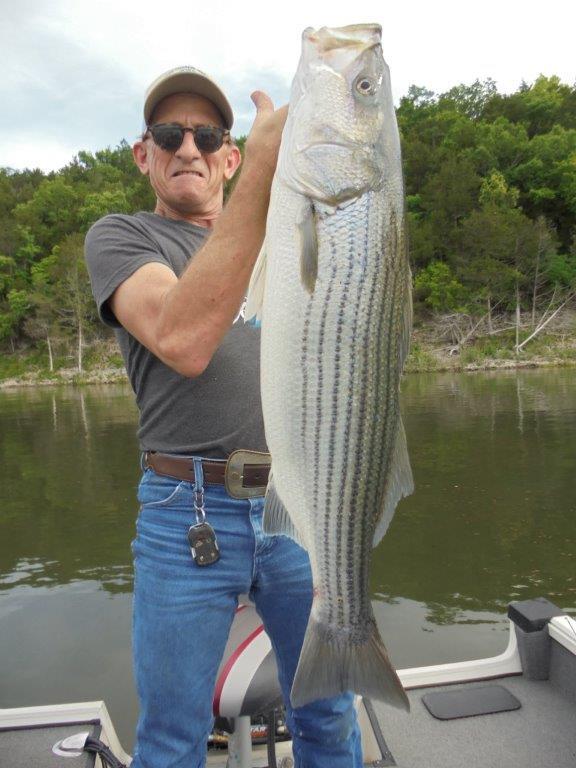 The lake level is 568.05 and has risen about 1-1/2 inches in the last 24-hours with minimal generation. They are not even letting out as much as is coming in from the river even though we have had several days of sunny dry weather and things are drying out. We can expect some rain chances on Wednesday through Friday. They are definitely in their hold and hope mode and are banking on no big rains. The rainfall has been below average so far for the month of May and I hope it stays that way. We could really use just a little drop in water level but that is not likely. All of the area lakes are in the same shape with the exception of Table Rock which gets preference because of Branson and the Landing and it's political influence. Table rock cannot handle high water very well. Bull Shoals is getting hammered and they are generating Beaver now but it is near capacity. They just have the plug in Norfork. The water remains clear with a little floating debris and the level has not hurt fishing any except that several of Blackburns Brush piles are too deep. I started putting in a few shallower than I usually do last year in anticipation of a higher spring level and they are paying off. It used to be a problem with some of them getting too shallow when the water warmed up in the late summer and the lake dropped but that has not been an issue in several years. Walleye and crappie like brush right at the thermocline so they can get in and out of warm and cold water easily. The surface water temperature is in the early 70's and the thermocline will form in the high teens soon as the surface water warms much faster than the deeper water. Some stripers are already moving into deeper water. The bigger ones that are left will do this more quickly than the smaller ones specially after the top-water bite slows down. You can count on walleye being on and around main lake points near the bottom in 16-20 feet of water soon and around Cranfield and Robinson Islands. They always are in late may in higher water years. Bass fishing continues to be the best with bluegill, crappie, small stripers and a few White Bass next. Bink caught a big striper yesterday and said it was a long time coming. He usually catches them at will this time of year. The days of big ones coming up in acres in May in the creeks at sunrise are over until people quit killing the small ones below 10-lbs. If they go to fishing for them deep later this summer, and the water remains high depleting the oxygen, it will about finish off the big ones and make Norfork a small striper lake. At least more are being stocked this year after none by the game and fish last year due to covid. That class will be absent. A few were donated by a private person.  Walleye, crappie and bass fishing is excellent though and the smaller stripers are still in pretty good numbers. Overall fishing is fair to good and about right for this time of year. We just do not need any wind, storms or big rains but nobody does.