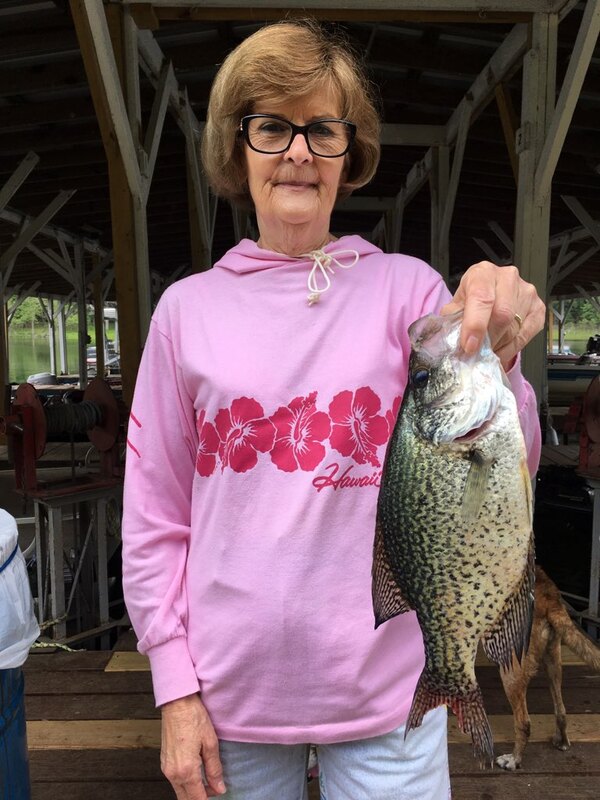 Marlene Lesniewiski with a nice Small Mouth and crappie. 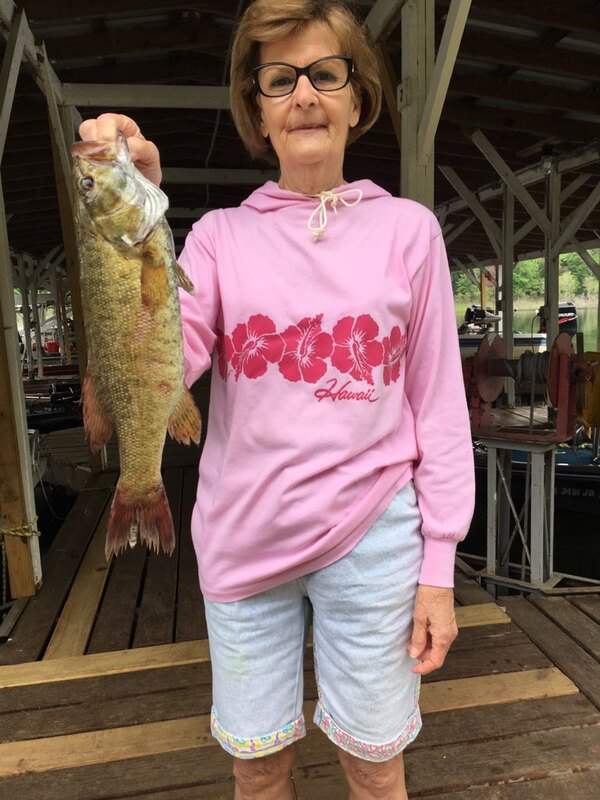 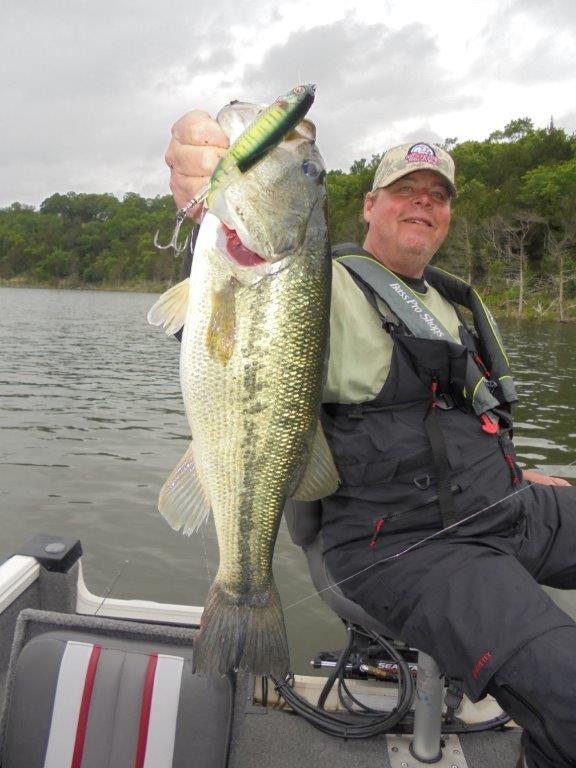 The lake level is 567.58 and has risen 2-inches in the last 24-hours with very little generation. Bull Shoals is rising very rapidly with them dumping Table Rock into it and keeping it near normal to protect Branson and Hollister at the other area lakes expense and hogging all of the total discharge going into the White River at Newport. Everybody could be dropping sowly.  It has been cloudy and dreary for six days but the total rain predicted has not materialized. It rained hard for a few minutes last evening about 6:PM and we received about 0.3 inches in the downpour. Our total for the six days is about 1.5 inches and we are still not above normal for the month. The surface water temperature remains just under 70 degrees and has been the same for several days. It should start rising again with the warm weather and high pressure moving in tomorrow but the chance for more rain continues by the middle of next week. Things are about two weeks behind normal due to the north winds, cold nights and cool spring earlier. We are in the southerly wind pattern and should stay there most of the time now with instead of the cold fronts coming through two or three times a week it will be low pressure and chances of wind followed by high pressure and warm temperatures. It is just about thunderstorm time with them occurring in the heat of the day or near 3:Pm to 5:Pm or with a low pressure and wind moving in from the northwest. What we need now is an extended period of high pressure but it is not likely with the current weather pattern. With the 12-ft. rule in effect for the White River at Newport what you see is what you get for lake levels in the near future with more chances of level rises than dropping. Hold and hope is the game. When they do finally try to drop Bull Shoals they will put the plug in Norfork and hold it. The 12-ft. rule at Newport does not allow for much generation. Several people here at Blackburns caught fish yesterday with bass (especially Kentucky) being caught along with a few White Bass and several crappie. A couple of nice smallmouth were caught. The striper fishermen are again disappointed but it is not going to get any better until people quit killing the small ones and also quit fishing for them in deep water. The top-water bite of old where you could see acres of stripers and hybrids coming up in Panther Creek in may are over but the meat hunters are holding on and just doing the same thing but the fish are less numerous and much smaller except for the hybrids which are still pretty good. I wish more of them were stocked. Bluegill are spawning in the creeks but I am still not seeing very many fry of any species. They should be all around the buckbrush now attracting predator fish. I am also not seeing very many big schools of shad but the lake is big at this level and they could be anywhere. They should be loaded in Blackburns Creek but it does continue to be one of the best fishing creeks in the area along with Hensley's. Main Lake cuts are holding some good largemouth and spinner baits and creature baits are both working. I am catching the big crappie on 1/16th ounce jigs and a 2-inch jig or grub. Spooning is slowly coming back. You do not have to bring a tent to get out of the weather here as all cabins have big covered porches and no duplexes with the bathrooms backing up to each other. Yes they are cheaper to build but do not allow for much privacy. Compare prices before you book and do not forget to ask if they have a pool.