Kenny and Chad Davis caught some good ones. Always glad to see the Davis Boys. They have been coming to Blackburns for a long time. No fish Tom? 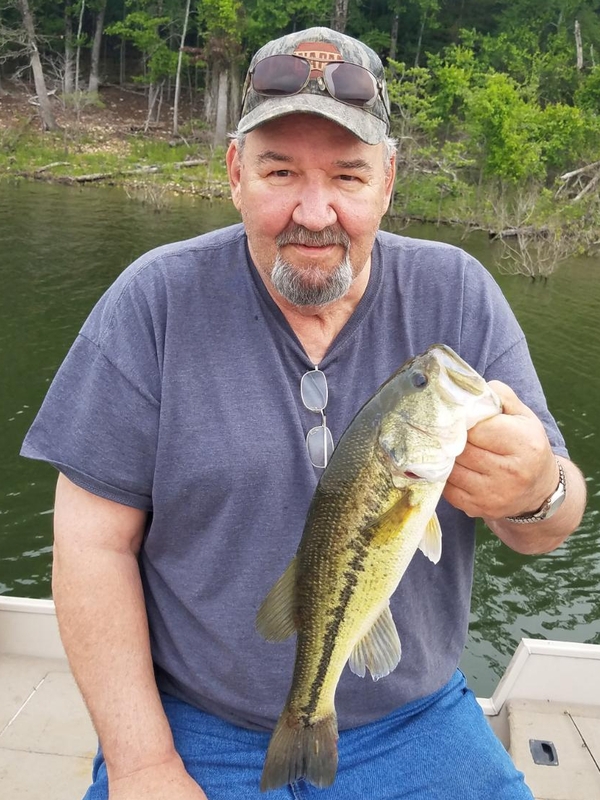 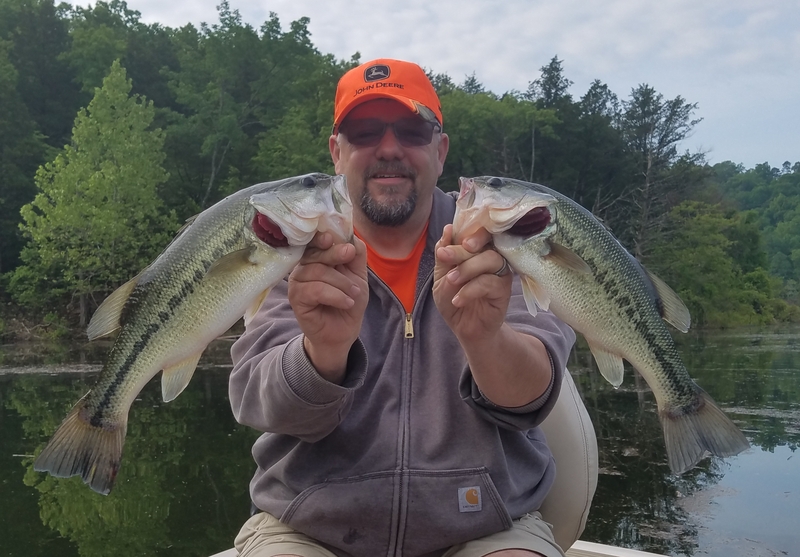 The lake level is 567.26 and has risen 2-1/2 inches in the last 24-hours with no generation since yesterday evening. We have not received nearly the amount of rain forecast for the last four days but could get up to an inch today and tonight. That is about what we have received total in the last four days. The weekend looks good with warmer weather and sun on the way and dry for several days. Fishing continues to be good with bass and crappie the best bite. Most of the crappie brought in are spawned out but not all. The carp moved in Blackburns Creek to spawn, moved back out in a couple of days and came back in early this week for a couple of days and left again. They usuall just come in for about four days and then all leave. You cannot rely on yearly patterns of the past for about anything anymore. The night bite for stripers in March did not materialize, the walleye run up the river in February was a dud and the top-water bite the Middle of April is just now happening and is not nearly as good as in the past. The big crappie spawn and then moving to main lake brush afterwards did not happen and there are few fish in the open water on shad. The May bite for walleye on the flats east of Cranfield has not happened yet also. The fish are scattered all over the lake with no particular reason to be anywhere except for food and cover with no thermocline forming. Catfish are with the bass and are biting spoons and jigs. If you can find brush in 22-26 feet of water there will be fish on it. Several bass that normally would be in open water on shad are still on the bank after spawn. The Kentucky bass bite is especially good. Those are good eating fish and that is what they are there for unlike smallmouth and largemouth which are there for sport like the stripers should be. The big bluegill are getting more and more numerous under the dock and are ready to spawn. The big schools of crappie that I am finding are small ones but the big ones are scattered all over the lake and I am catching ones and twos. Many are black and coming out of deeper water. Just about everyone here at Blackburns is catching fish in the cloudy cool weather and surface water is staying at just under 70 for a few more days. The lake is a perfect color for fishing and Norfork is full of most species. The early top-water bite is just fair compared to earlier years and usually starts to slow down in June but has not even been good yet. Trollers are catching several small stripers. Blackburns especially welcomes fellow Veterans and Police cfficers and will not charge you too much. Compare prices before you book and also make sure places have a swimming pool. Many do not but do a good job of disguising this on their advertising.