Dave Titus is back from Illinois and catching some good ones as usual. All were released. 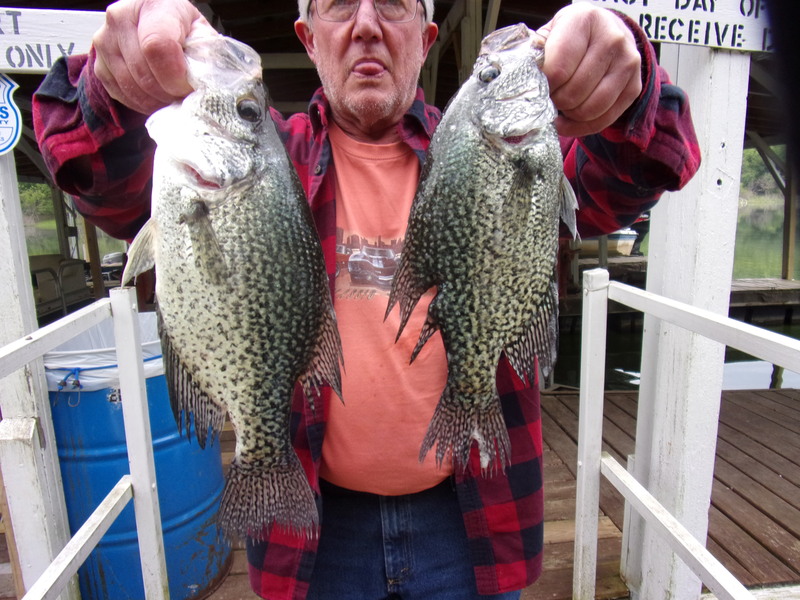 The lake level is 567.05 and has dropped about an inch in the last 24-hours with generation most of the time. We have received a two day total of less than 1/2 inch of rain so far with more to come for the next three days. So far so good as long as they keep generating. They are running Table Rock very heavily along with spillway released and filling Bull Shoals rapidly. Table Rock is approaching normal pool and maybe they will free up more White River capacity when this happens. They are steadily dropping the level at Newport and although I do not agree with the way the dams are managed I am happy they are able to do this at this time while running generation on Norfork. We have been at about the same level for several days with no rise while working our way through the calendar into the normally drier months. The lake is in good condition but there is still some debris out there and is wreaking havoc on aluminum props. You must pay attention and stay off the water after dark or you will hit something even though the stuff is not big and is spotty with some areas having none. The surface water temperature is just under 70 in the mornings and breaks that on sunny afternoons. The overall fishing is pretty good with trollers starting to catch some shallow fish dragging live bait through them as predicted as the top-water bite improves. This is when the temperate bass or red meat fish are the easiest to catch and you will see pictures of a lot of them shortly. Bass fishing is very good with Black Bass of all kinds being caught. Crappie fishing is just fair because a lot of throwbacks are schooled together and the bigger ones are scattered but I very nices ones are coming in. Catfishing is picking up on spoons and live bait. This is a typical late spring but is about two weeks later than normal but overall things are pretty good and most people are catching fish. The visibility changes almost daily but you can see your lure down a few feet in most places.