Cark Scott caught and released some good ones yesterday on a spinner bait. 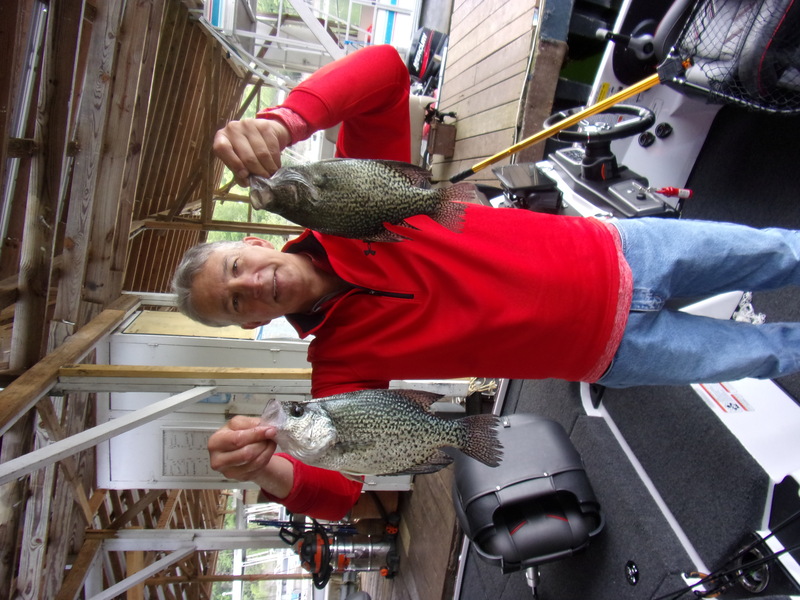 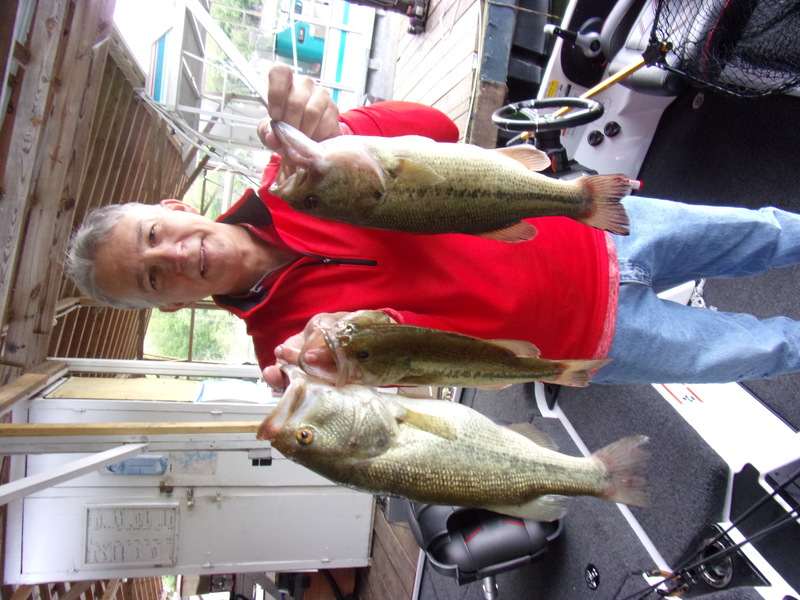 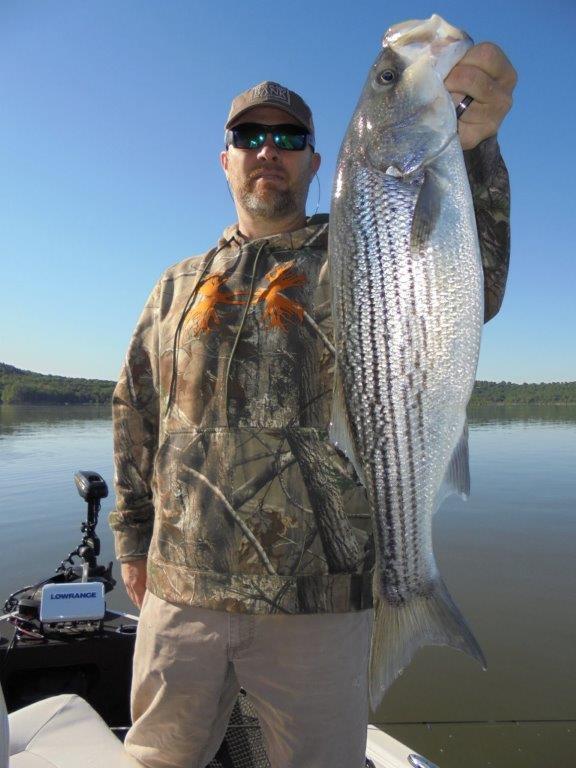 The lake level is 567.19 and has dropped 3/4 inch in the last 24-hours with generation most of the time. The surface water temperature rose yesterday in the sunshine and was in the high 60's in creeks coming in from the south and over 70 in creeks coming in from the north. There was some debris on the south facing banks where the wind has been blowing into and the other side was clear. The water was stained but you could see your lure down a few feet. I went out to check out a rental boat for a few minutes in the afternoon and caught five crappie and five bass. The crappie were not big and neither were the bass. Most were Kentucky Bass. Carl Scott caught some very nice bass and crappie on a spinner bait on the bank on the main lake. I was using a bobby garland Baby shad and my fish were smaller. Bink is catching a mixed bag of bass and stripers early. Rain is scheduled for Late Sunday and into the middle of next week and we will see what happens. It is nice to have the lake slowly dropping insteady of steadily rising but it is the middle of May and any thing can happen. The Corps is closing some campgrounds already since their electricity is in a loop and the lower campsites are under water. The beaches are gone or nearly gone. It will all depend on how much rain they get in the Norfork River Basin in Missouri on what happens here on Norfork Lake. Local rains do not affect the lake level nearly as much. Blackburns still has $59/day one bedroom cabins until Memorial Day and you first boat stall is free so come on down. We will not charge you too much and especially welcome fellow Veterans and Police Officers.