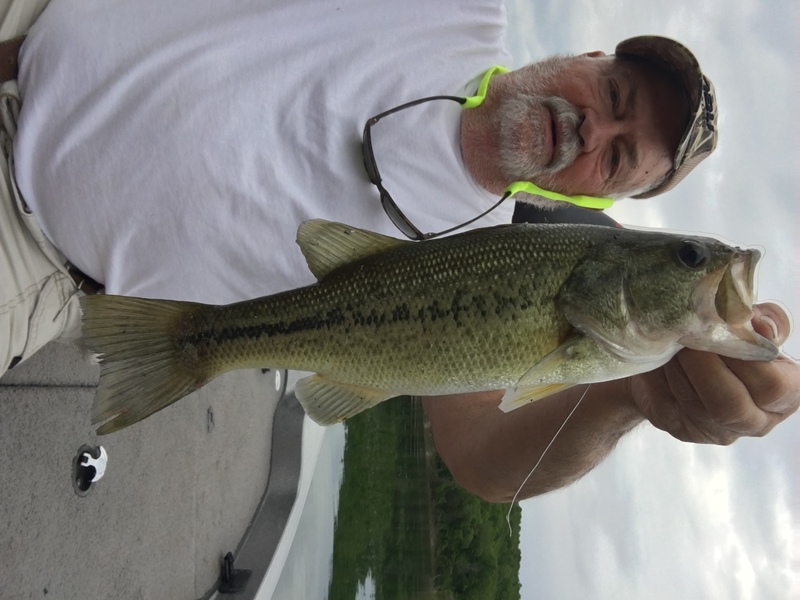 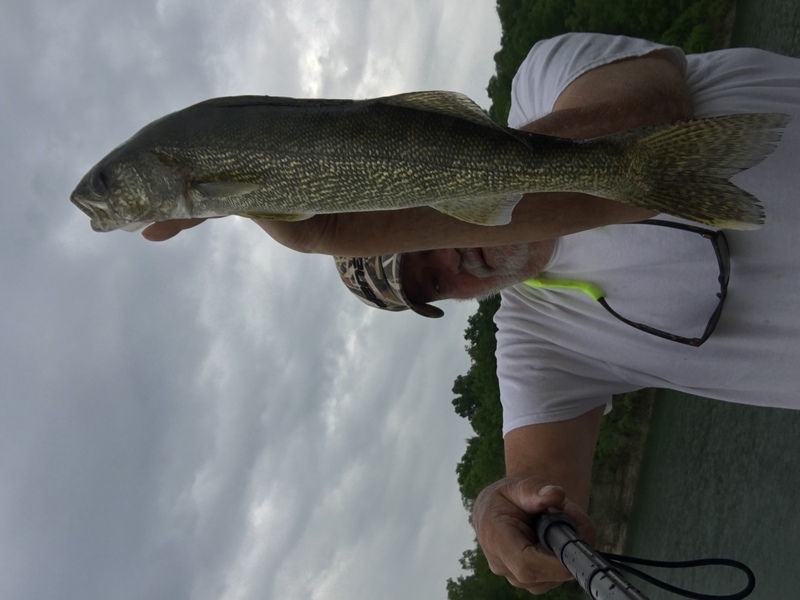 The lake level is 565.74 and rising with no generation since last evening. We received 0.8 inches of rain so far last night and today and it is still very cloudy and thundering. The creeks are running but not very fast but will continue to raise the lake with some going in and the drain is plugged. They are dropping the White River at Newport very quickly and are headed for 18-feet there as fast as possible for some unknown reason. They would really like it to be at 12 feet so there is not much chance of very much of a drop anytime soon. Fishing is not affected much but the day users and campers are in for another frustrating year. Table Rock is hogging all of the White River capacity and filling Bull Shoals quickly and they will be forced to let out more like they were at Beaver Lake when it almost went over the spillway last week. It is not what we can do about the current situation but how we got here. Hold and hope is not a very good plan and has not worked since 2008 when they opened Norfork spillway gates for the first time. At least they know how to do that now. Most resorts have learned how to handle this change in lake management and do not have diminished services until the lake rises a few feet more. Blackburns always has access to their dock but it gets more difficult and costly and we are not allowed to make any permanent fixes due to Corps of Engineers Rules and most of these rules are not bad. If conditions change rules need to be changed and this has not happened for many years. Nobody is asking to flood out anybody downstream, just do a better job of management. The lake continues to be in pretty good condition for fishing and the surface water temperature is rising and headed for 70. We are to get much cooler weather for several days and the rise in water temperature will be mitigated. I am still catching fish that are full of eggs that should have spawned by now. They just do not like this springtime quick rises in water level. Crappie just under the 10-inch limit are numerous and will make for good crappie fishing in the next few years. Walleye and bass numbers are also high. Some fish are still back in the creeks and some are on main lake points with some on brush and some on the bank. People are still killing dock floors full of stripers and some are just over the legal size of 20-inches which are still babies. We will pay for this in the near future but what I cannot understand is why they are bragging about it. There are still a lot of them in the 5-10 lb. range but their numbers are dwindling rapidly. Catch and release on stripers would make a lot of sense now while they are shallow and can survive catching and then not fishing for them in deep water in the summer when they all die after being caught but nothing seems to stop these meat hunters even though there is not much left after the red meat is cut out. Some nice fish were brought in yesterday and many more released. People are really glad to have a covered porch on their cabin today here at Blackburns.