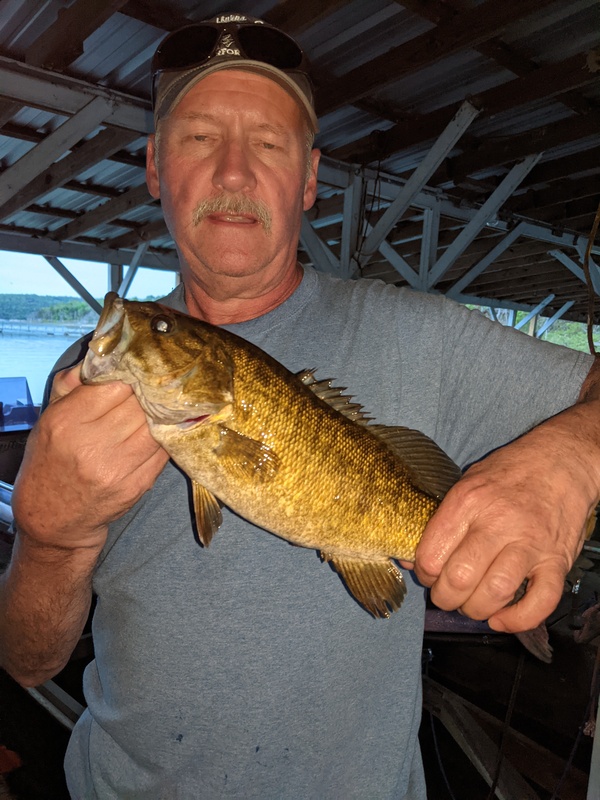 The lake level is 563.39 and has risen over eight inches in the last 24-hours and we have received a two day total of 1-1/2 inches with most of it coming last night.  The creeks are running and the lake is still rising fairly quickly with no generation since yesterday afternoon. It is not going to quit rising anytime soon and this last rise has floated more debris out into the lake like we needed anymore and I have to move the dock in daily.  The wind has shifted to the north and we are to get much cooler ambient temperatures and nightime lows to get down to near 40. The surface water temperature is still right at 66 degrees and it will be lucky to hold that in the next several days. More rain is in the forecast. It turned out to be a very nice day yesterday with a high of 78 degrees with sunshine in the afternoon. Most people caught fish with several small crappie starting to be caught along with the big ones. Smallmouth bass fishing continues to be pretty good and several largemouth have spawned but the ones that have not must be getting discouraged with the sudden rises in water level. Bull Shoals is rising the fastest and Table Rock is still dropping with heavy generation and spillway releases despite the White River at Newport being right at flood stage. Try and figure that out. It is time to set some catfish lines. We should get a couple of days break in the weather before another front comes through and things are starting to clear out now.