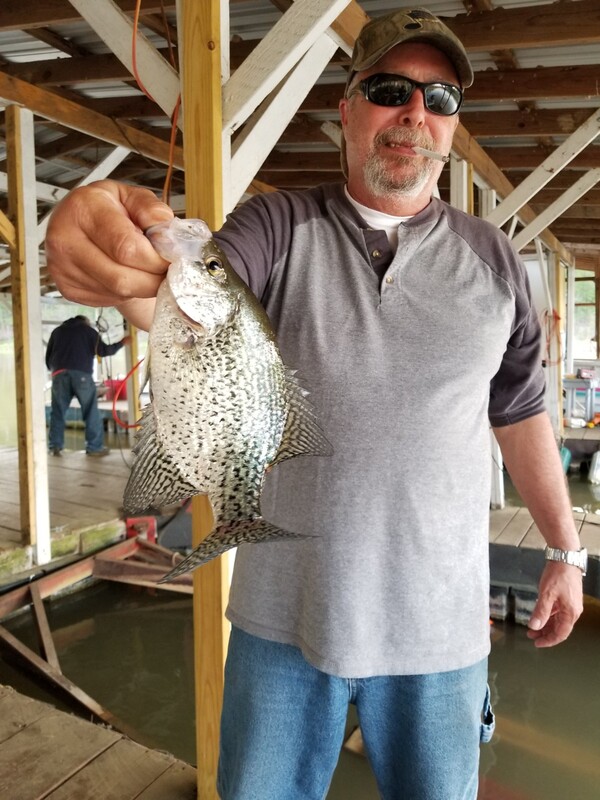 Tom and Mike Soltysiak with some of yesterday's catch. 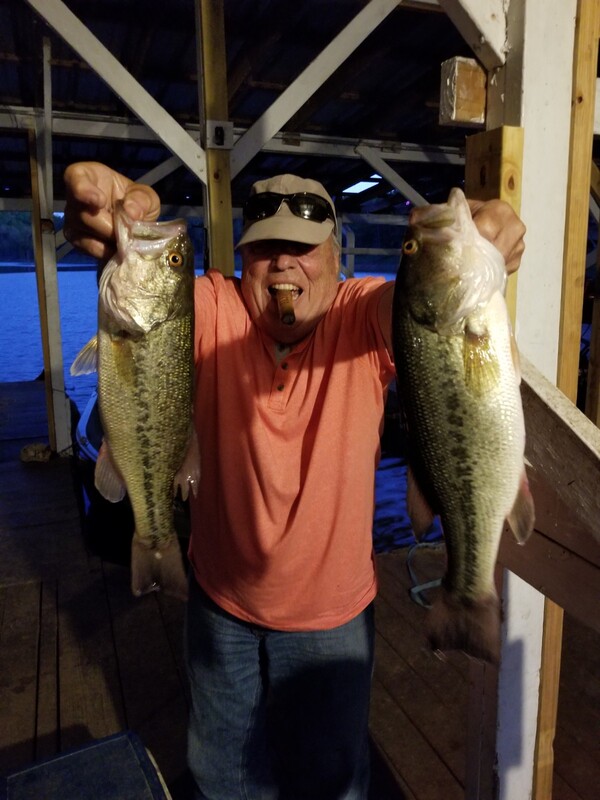 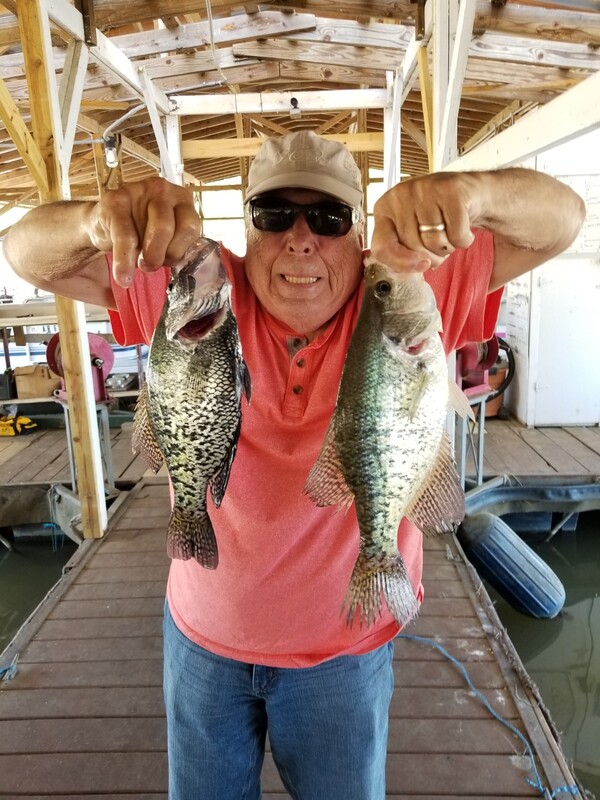 The lake level is 562.71 and is rising steadily with a 3-1/2 inch rise in the last 24-hours with no generation since last evening. It was very foggy this morning and is just now clearing. We are to receive more rain later tonight with 1-2 inches likely and possible storms and it is to continue to the morning.  It is the season. We got over average rainfall for April this year with most of the excess coming on the 29th. The rain tonight will keep the lake level rising. The ambient temperature is to get into the 80's today and after the weather moves through the wind will shift to the north again and cool back down to near 70. The average high is 74. Blackburns has lots of friends in Mississippi and hope they are all well after the storms last night. It is never good to be featured on the weather channel. I hope Mountain Home never makes it. Blackburns has a lot of good fishermen in now and they caught fish yesterday afternoon with reports of several species being caught. Nobody got rained out as we received less than 0.2 inches of rasin. Bass, Crappie, Bluegill, Warmouth, Ozark Bass and small stripers, hybrids and White Bass were all caught. Norfork lake has a lot of varieties of fish and all seem to be doing well except for the numbers of White Bass and Large stripers. Walleye are doing well and are healthy but the bite has slowed just a bit in the last few days. Fish are showing up again on mainlake brush but most of my brush piles are a little deeper than I would like them. I started putting some of them in shallower with the change in Lake management keeping the level higher the last several years. They used to get too shallow in the summer but not now. That strategy is now paying off for Blackburns customers and they are catching good fish off them. If we ever get back to good lake management we will have them at all levels. I would like them to be at 25-ft. with the tops about 8-10 feet down. Just deep enough so you cannot see the fish. If you can see the fish they can see you and will not bite. The lake overall is in fair condition and will be fine if it gets a little time to settle out. A couple of feet of lake drop will stick the debris back on the bank after the almost 6-ft. rise since the end of April but do not expect that anytime soon. The White River at Newport is right at 26-ft. and near flood stage. The only lake in tha area to drop is Table Rock and we all know why they are dropping it and it has nothing to do with protecting the farmers down stream. We missed our chance to draw the lake level down this winter but maybe some day the light will come on.  We also need to get rid of the stupid 12 and 14 ft. rules of managing the White river at Newport. Spooning and minnows are both starting to work on main lake brush and creature baits on jig heads for the banks part way back in the creeks. The spawn is messed up with the rising water so just work from right on the bank to out in front of the buckbrush in the backs of the creeks. The top water bite is improving everyday and the fish are coming up in their normal locations for May but mostly on sunny days. On rainy cloudy days they are still there but just a few feet down and will come up to the top if you just think like you see them up. On sunny days use the clear spook because it glistens in the sunlight like a shad and on cloudy days it does not matter much but you can also use a white or colored one. Small poppers are also working near the bank for about everything. Reports of spinner baits working are coming in but I do not use them much on Norfork. The same is for crank baits. They both work though. Surface water temperature is 66-degrees and will warm today especially in the creeks. the bluegill are near spawn.