Tom Kelly with some of yesterday's catch released under Blackburns Dock. Tom was fishing Float Creek with a worm. 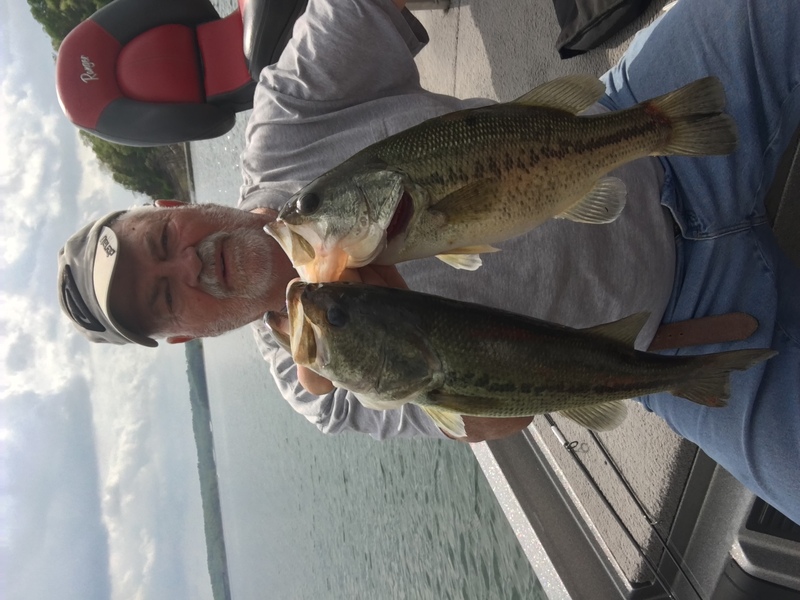 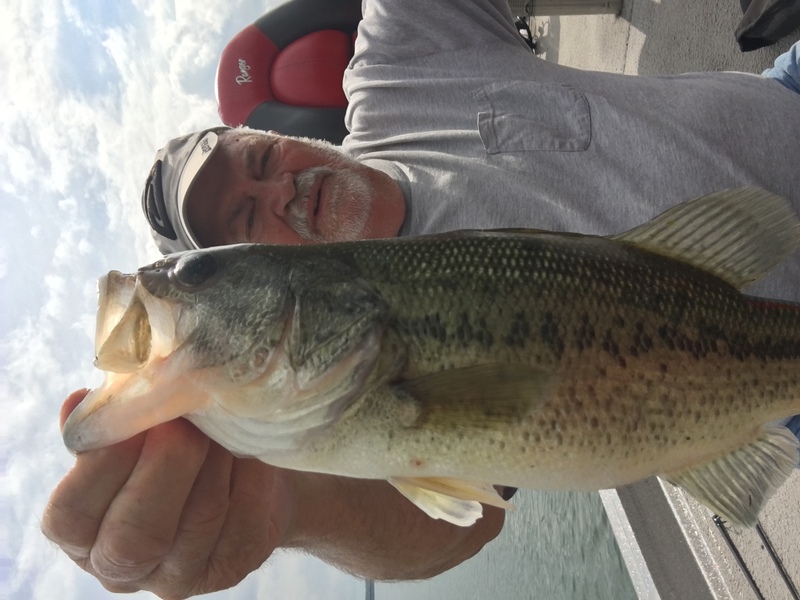 The lake level is 561.61 and has risen 4-feet since the 4.5 inches of rain Wednesday through Thursday morning and is still rising a little less than 1/2 inch per hour with no generation. It came down fast at times washing out roads and culverts and more is to come Sunday. The creeks run hard but have slowed way down now. Blackburns wants to thank the County Judge and county road workers for their quick response in repairing our road. We are fortunate to have them. Everything is back to normal here. The rain came just one day ahead of the devasting one in 2017 which took the lake a long time to recover and took out the Dawt Mill Dam.  Things have not been the same with it gone and there are no restrictions on the inflow when Missouri gets big rains and the pesticides, herbicides, fertilizer and debris can now wash directly into Norfork Lake from the Missouri farms. We never used to have moss and algae like we have now. We also have a little foam on windy days which is a sign of pollution. It has not affected the fishing though with all species high in numbers except the Striped bass and White Bass. I would have thought the White Bass would have come back by now but they have not. I am finding about 1/4 of what used to be here compared to earlier years. Most white bass spawn in February or early March but it has always been the case that some spawn all year and multiple times some years.  Finding them full of eggs in May is not unusual. There were shad coming up last evening in Blackburns Creek but not nearly as many as usual. They could be spawning but it is hard to tell with the water being a little cool for that and they were further away from the bank than during a major spawn. it is about time for it though but the water temperature needs to be in the higher 60's. They do spawn multiple times a year. Maybe even three but it is a sign the stripers will start coming up so expect to see dock floors full of dead ones posted until they are all gone. There are still fair numbers of small ones in the 6-9 lb. range left and a very few about 15 which people now consider big but are not.  The sudden rise in water level will not help the remaining bass and crappie spawn any but at least some are finished. Kentucky Bass spawn well into the summer and Flathead catfish are the last to spawn and finish in July. I hope the remaining bass give it another try but many will not.The brown water from the runoff runs from the back of some creeks to near the main lake but lightens up as you get out and should settle out unless we get another big one. The bass should spawn in this but the sight fishing for bed fish is over for this year in most places. Tom Kelly caught and released some nice bass in float creek yesterday and says the fishing was not affected much there. John Bornhop said he caught bass almost a will in Hensley's creek. Bart Vandervelde is catching a lot of bass in Blackburns creek. He releases all fish and is also a good sportsman and has been coming to Blackburns for 38 years and loves top-water fishing. It is sunny and warm here today and things are settling out. I expect a lot of fish to be caught and we have several good fishermen. Everybody was sure glad to have big covered porches on their cabins the last few days. We do not promote smoking but do allow it outside here. You do not have to bring an umbrella to smoke. They are running Table Rock as fast as they can with augmented spillway releases to keep from flooding Branson Landing so do not expect Bull Shoals to drop anytime soon and all of the capacity of the White River At Newport is taken up so expect the same for Norfork. We will be fine here unless we get another big one. Minor flood Stage of the White River at Newport is 23-feet and they are at 22.82. If they has drawn the lake level down last winter to 548 instead of holding it at 553+ we would be at about 555 which would be just right. Just sayin. I am still not going to tie a lure on my line and drag it all over the lake until I catch a fish. I like the feel of the bite and setting the hook but if it is meat you want it works sometimes but when the fish go into the brush after spawn you better buy cheap lures. That is meant for you Mark. Molly would not do that on her own. Thaks for your help yesterday.