Mike Eakle with the fish of the day. 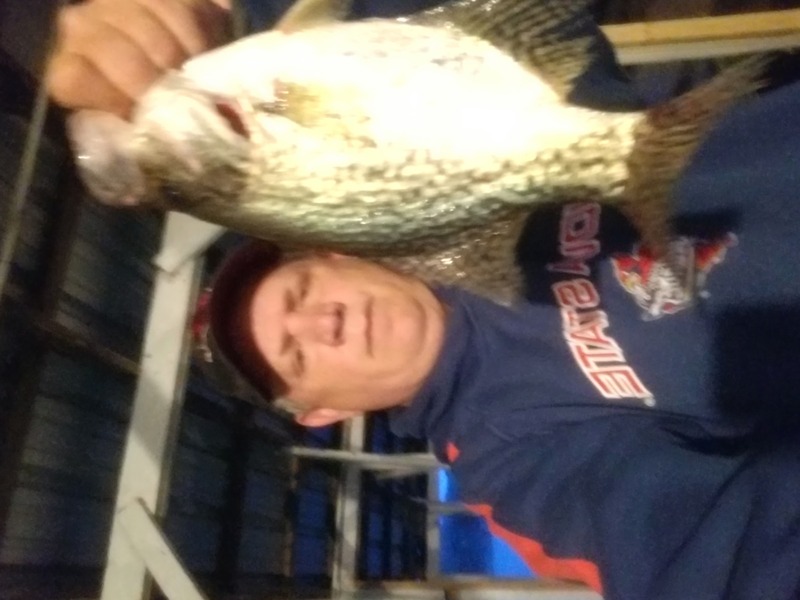 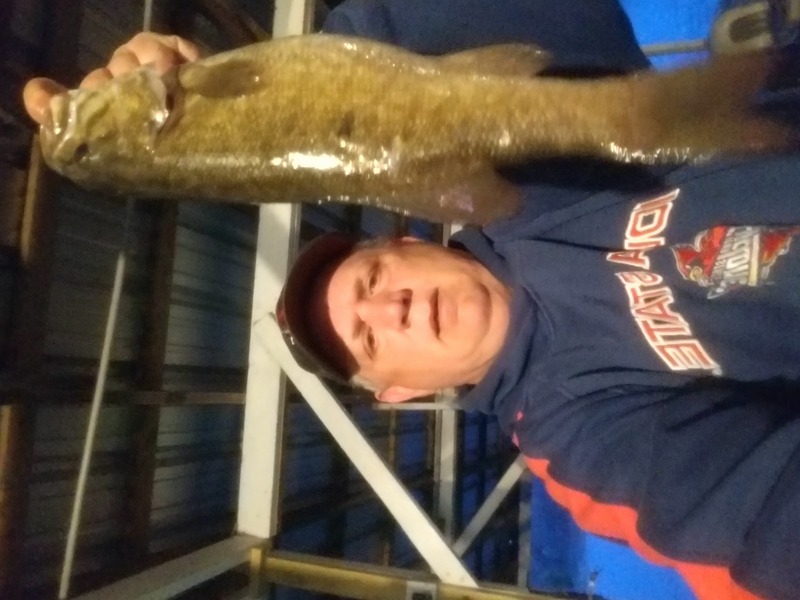 The lake level is 558.31 and has dropped about 2-inches in the last 24-hours with both gernerators running continuously. It started to raise a bit with the storm about 3PM when we received about an inch of heavy rain in a few minutes but started dropping again in just an hour or two. The wind blew down some trees, a billboard in town, broke a few dock cables but I saw no bad damage. There were a few power outages but things have calmed down now. It is to be sunny and cool the next several days with sunshine and below average temperatures. The main lake surface water temperature just will not get up past 60 and is just below that now. The crappie want to spawn but few are. The males are on the bank making nests and the females are in deeper water waiting. Striper fishermen have turned into crappie fishermen and are dragging the shoreline in about 20-ft. of water and picking up females. It is like carpet bombing. Others are casting to the brush or any wood near the bank and catching males making and pretecting nests. I have caught no spawned-out females. Flathead fishing has slowed but the smallmouth bass bite is good. A few nice white bass are being caught but not as many as a few years ago. Very few stripers of any size are being caught but some nice hybrids are. Short bass are being caught in the creeks in pretty high numbers and walleye are showing up regularly but I have seen few big ones. The overall fish population in Norfork is good and fishing is getting better every day. The fishing pressure continues to increase but the lake overall is in good condition. The rain really greened things up again and the trees and shrubs are beautiful. My favorite are the red buds. We have the best population of Purple Martins ever both at the resort and on the dock. I really enjoy listening and watching them. Blackburns is a bird sanctuary and I spend more on their food than people food but do not mind.