James and Mike caught some good ones this morning. I usually do not take pictures of white bass but just want it to be known there are still some left. 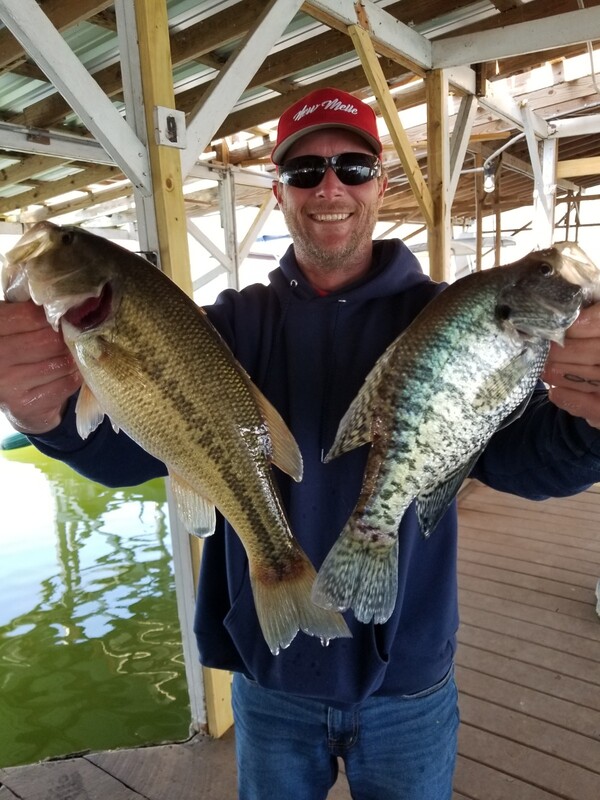 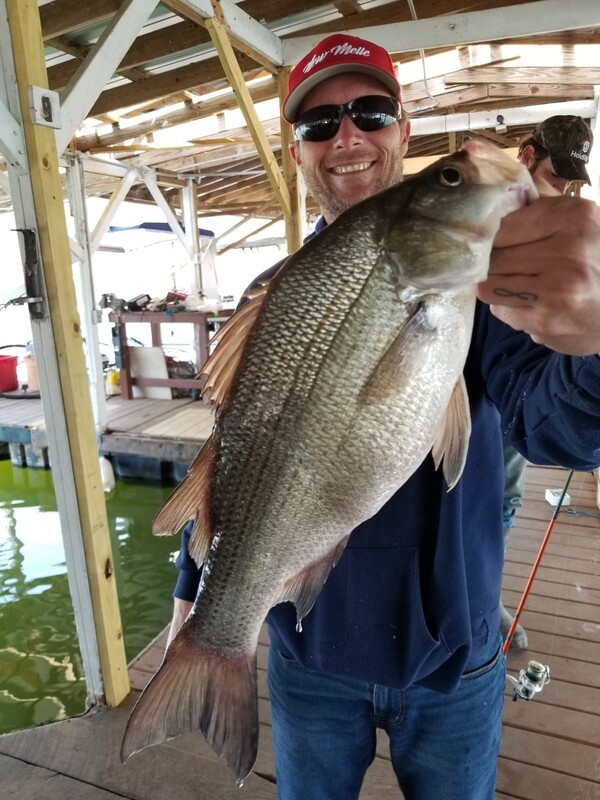 The lake level is 559.63 and has dropped three inches in the last 24-hours with both generators running continuous. The surface water temperature was just under 60 when I went out yesterday afternoon and just over 61 when I came in about 5:PM. The wind was light from the south and the ambient temperature was 77 degrees and it was a perfect day. We are not to get any rain until wednesday and they have upped that to 90%. The highs are to stay in the 70's with lows in the 40's. I was surprised how quickly the water temperature had risen in one day. We are dry and some rain will finally be welcome. They are holding the White River at Newport at just under 23-feet and that is good. This is a good level if they can just hold it there. The brown is gone out of the water and it is stained green and you can see your lure down just a few feet just right for fishing. Most of the debris is sticking to the bank with the water dropping and it has dropped about 1-1/2 feet from it's high of just over 561. We could sure use some surge capacity. I talked to a person on the lake who said he had trolled for miles for two days and had caught nothing so I sent him back into a couple of creeks and put on a rapala. When he went by later he said he had caught a few crappie in the 11-inch range trolling the shoreline. If you put out enough lines and troll long enough you will catch fish but there is not much skill involved and you miss the feel of the strike and setting the hook. Just take the rod out of the holder and reel.  I decided to fish a couple of main lake brush piles. When most of the fish leave the main lake there are always a few very large ones that remain. I do not fish for high numbers or troll but like to go for large ones and I caught a few very large crappie vertical jigging  in 23-ft. of water right in the brush.  One was 16-inches. I then moved to the creek and caught a few but they were small. There were several boats out there but I expected more. When I returned to the dock it was full of bluegill, crappie and some large bass. That is a sign that the spawn is near. This is an exciting time of year when things are changing rapidly and you have to adapt to the changes. Crappie on the bank in the creeks and top-water bass, stripers, hybrids and white bass are coming soon.