Look at the size of those crappie. Mike caught them yesterday on Blackburns Brush piles. 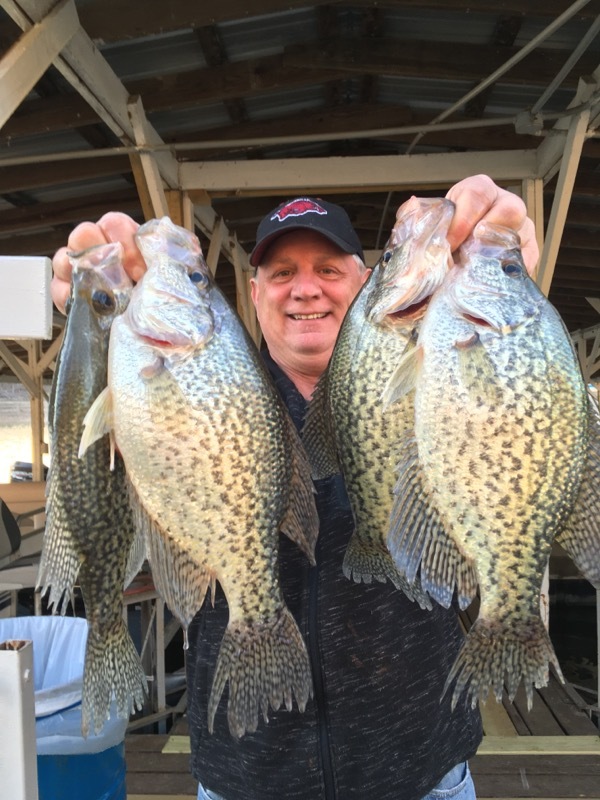 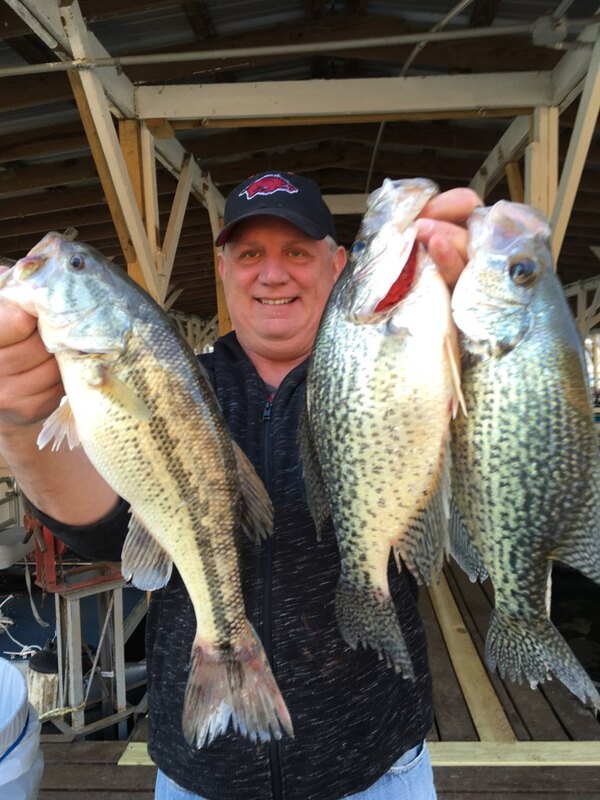 The lake level is 553.78 and has dropped 1-1/2 inches in the last 24-hours with generation about 1/2 the time. The area lakes are hovering around the top of the power pools and they seem reluctant to drop them below that. That level is where the Corps turns some of the control over to the power administration but they are both run by the government so you cannot expect or get much. We need to be at least 6-feet below that to make room for spring rains which are on the way starting Thursday and continuing through most of the weekend. They usually quit generating when it rains in order to enhance the lake rise as much as possible. We will see. Surprise me. It is always in the name of flood control but just holding the lake is not flood control when they hold and hope until they are full and then open the gates. Just keep all area lakes as near normal as they can without flooding downstream and that includes drawing them down in the winter and getting rid of the stupid 12-foot rule at Newport. Minor flood stage is 23-feet so just keep it below that as much as possible and then hold. The so called problem of the lakes getting too low happens very rarely and can be easily controlled. Just stop generating. The lakes were not built for power generation in the first place and it was not even included in the original plan. They were built to create jobs for the W.P.A. and justified by flood control to get congressional  approval . Power was an afterthought albeit a good one. It is always about the money and it was approved later. It was like going out on a different lake when I left the dock yesterday. The surface water temperature had broken 50 and the lake had cleared a bunch. I only speak for the area that I fish which is from about point 8-near Red Bank to around Point 4 near the entrance to Panther and Fall creeks. I seldom go to Big or Brushy Creeks unless I am fishing with Bink and that is where he keeps his boat. I never go to Bennetts but do fish near Bidwell. Mostly I keep from in between Cranfield Island to Robinson Island including Float Creek. I seldom need to go very far to find fish and many times only use my trolling motor. I went into the back of Hensley's creek with a jerk bait and caught several bass but they were all throwbacks. While coming back out I decided to check out a main lake brush pile with a jig and started catching crappie. Big ones too. I had only been able to just catch a few in the last couple of weeks since the shad kill. Things had really changed in one day.  That is why you cannot go out once in a week or so and write a report. I do not even know what to expect for today. I saw very few seagulls on the main lake but several flocks of ducks back in the creek. I caught about eight crappie and a nice largemouth in about 1-1/2 hours and came in. It was a beautiful day I am happy to report the fishing is getting better. I expect the trollers will start picking up a few stripers soon as the healthy shad move back out into open water. I just wish they would stop killing them as they are cutting their own throats. Big stripers just cannot thrive in high level, oxygen depleted water when it gets hot and we have had a lot of that in the last several years.  I guess it will take all of them to be gone until they quit. Then they will have to learn another way to fish or move to another lake to deplete. I prefer to let them alone and not fish for them in deep water and encourage catch and release. The bass fishermen do it and it works well. Norfork Lake bass fishing has become excellent as well as big crappe. Walleye fishing is getting better and better and May is almost here when it gets the best. The lake overall is in excellent condition.