Caught by Scuba Steve in 1995 on Crappie Rock in Blackburns Creek. Am I holding it out too far? 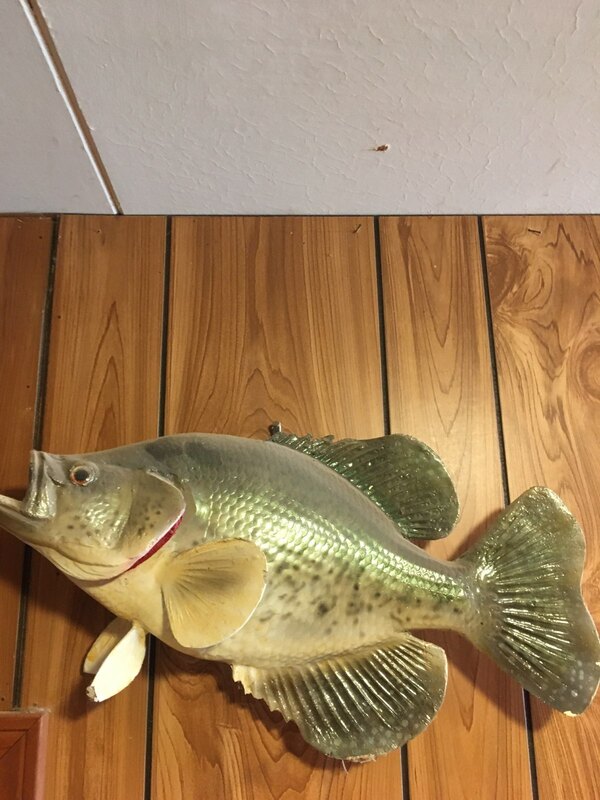 The lake level is 552.27 and is the same as it was at this time yesterday with very little generation.They have dropped the White River at Newport to 11+ feet as predicted and are doing nothing to drop the area lakes. They are doing everything possible to keep the area lakes up as high as possible for as long as possible. It was about 50 yesterday with sunny skies and took the snow pack down. There are a few bare spots but still quite a bit left. The roads are in good condition but my dock is still iced in. A lot of the snow that was on the ice has melted to slush and the ice line is moving in towards the back of the creeks with open water getting closer and closer. It is cloudy today and the wind is picking up from the southwest so it should melt quite a bit more. If it rains later, it will also help. The snow was light and did not contain much moisture but the meltdown has made it just right for snowmen now. It will not affect lake level much. I would like the lake to drop about four feet this month but fat chance of that. They just will not let any out. They would rather hold and hope in the winter and then open up the gates and flood everything downstream in the spring after the crops have been planted. More damage is inflicted that way and they can close the campgrounds. The lake is in good condition now and all we can hope for is a normal year what ever that is. Fishing will get good when the shad are thinned out. People ask me what is the biggest crappie that I have caught on Norfork lake. I have posted one that I had mounted in 1995 which was right up there with them. Norfork lake has some big crappie and I do really like to catch them.