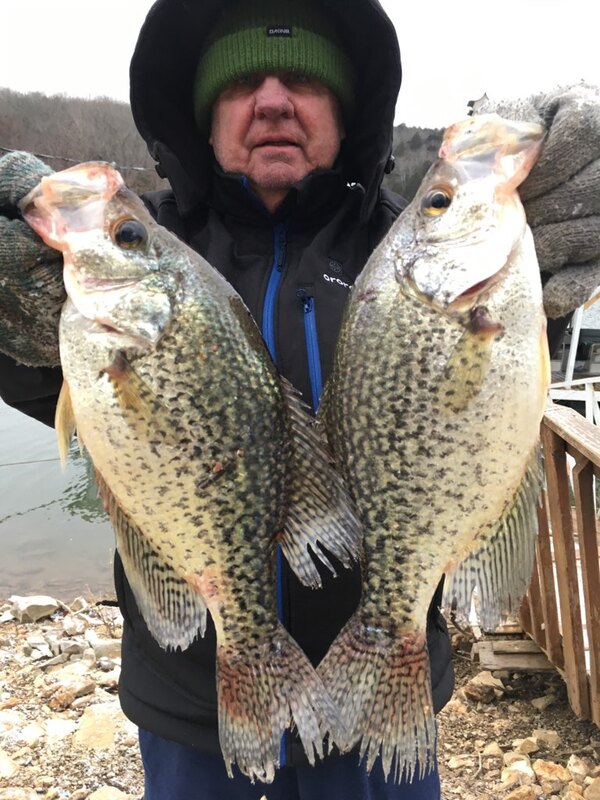 Some were very nice. Norfork Lake crappie fishing is the best. Especially if you like big ones. 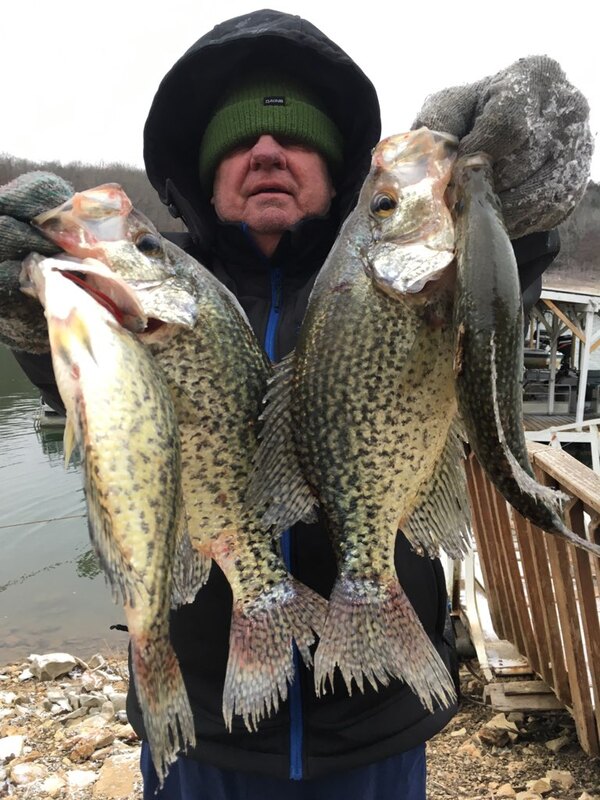 The lake level is 553.84 and has dropped 1.2 inches in the last 24-hours with generation about 1/2 the time. They are lowering the White River at Newport rapidy and are trying to keep area lakes up as high as possible for as long as possible. The big news is the weather. It is to be cold and not come out of it for a week. I have not seen this in the 26 years that I have lived here let alone in February where it usually starts to warm up. We are also to get some snow which will not melt for a week also. It now looks that we will have a shad kill for sure. The surface water varies a lot depending on the wind and water depth but the shad will migrate and stay in the warmest water which is now in the low 40's. They will start to get lathargic and stressed at about 39 degrees and you would see them suspend within sight of the surface and move very slowly and stop and be easy prey for the fish if you were out there. I will not be out there Sunday or Monday if things happen as predicted. Yesterday was about as cold as I can take and I have all electric gear with a suit wired like the Japanese aviator one my father brought back from WW-2. I was ok until the north wind started blowing and I had to clean fish and then my hands got numb and started burning after getting wet. I cannot fillet with gloves on very well or do anything else for that matter. I caught several nice crappie with some in the 11-12 inch range and a couple several inches bigger than that. All were caught on the 1/16th ounce jig fishing in 27-35 feet of water just outside brush pile near the bottom. I was out for about 1-1/2 hours and came in just after 4:Pm after the wind came up. People that say the cold is nice and the snow is beautiful do not have to go out in it and make a living. It is ok if all you have to do is set at home by the fire and drink coffee and look out the window. Other wise it bites. I am ready for it to at least get back into the 40's but it is not to happen soon. When it does I will be back out there and maybe in the 30's but not single digits.