Mike with his best ones yesterday. 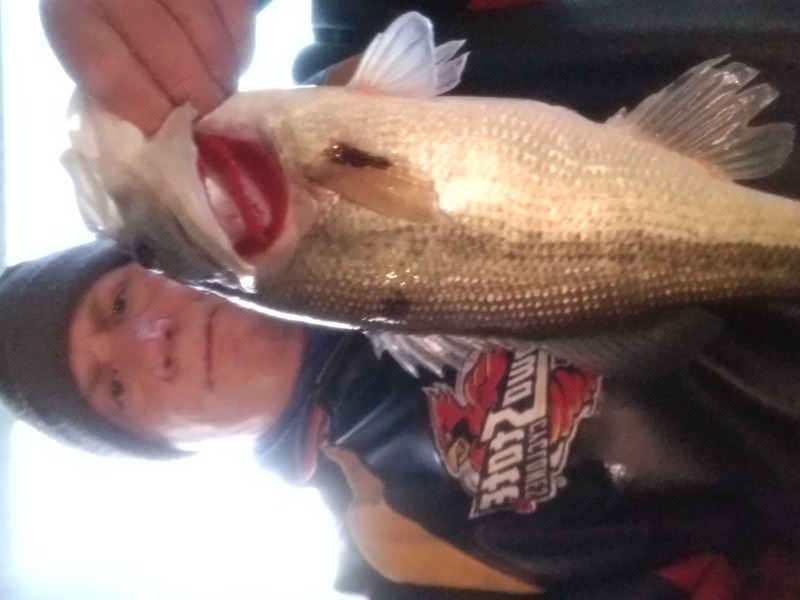 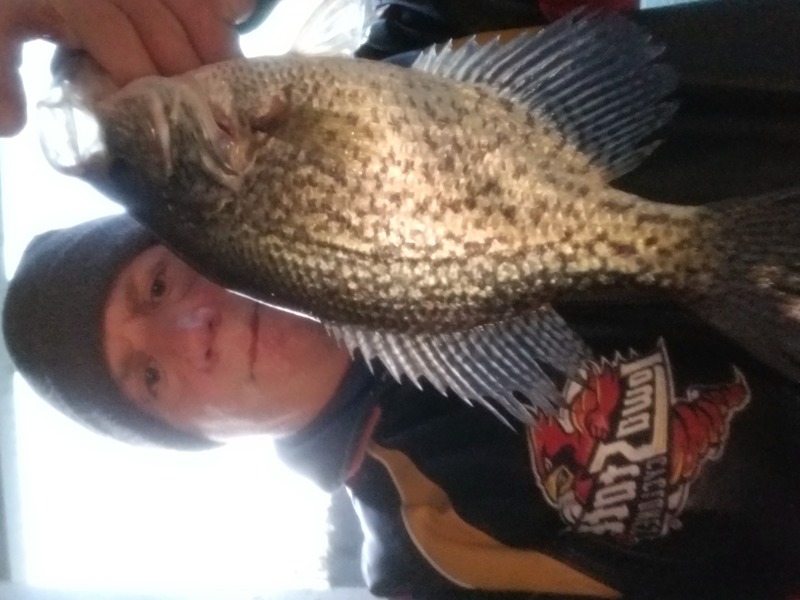 The lake level is 554.70 and is the same as yesterday at this time with generation about 1/2 the time. They cannot get it down below the power pool in the winter with below average rainfall let alone during the spring rains. We need to impeach the people managing the dams and hire private professionals to do the job. It was a beautiful day with light winds and a temperature of 48-degrees when I went out yesterday. I went out twice, once mid morning and again late afternoon. It did not warm early enough to pour concrete and was cold early, so they started putting new siding on cabins 1,2,4 so I went fishing. The improvements continue here at Blackburns with no price increases. The best bite was just before dark on bass and crappie again with a few small stripers in the 7-10 pound range and the jigging spoon the best lure. The stripers were released on the spot as they are not big enough for a picture and need to grow and the others were released under the dock. It looks like the arctic cold front will start saturday night and last through monday with warmer temperatures after that. How I tell if it is too cold for me to fish is when ice forms on the eyelets of the rod and on the line and gets into the reel and fouls up the drag. If you add cold north wind to that I am gone. Otherwise I am out there sometime almost every day usually after work.  You cannot write an accurate report by going once a week or when you finally catch some fish. Things change too fast. Tom Kelly reports catching some nice fish on the grub in the Robinson Point area, Mike Eakle was fishing from Cow point to the bridge, I was near Hensley's point and Dave was fishing near Blackburns. I did not hear from Binks. All caught fish. It is good to have so many good fishermen helping with the report. I miss Harvey who was the best crappie fisherman that I have ever seen.  The surface water temperature was 46-degrees and the lake was the same color, stained greenish as I have reported many times and a good color for fishing. This is not new news and has been the same for a few weeks.  You could see your spoon down about 6-feet. Fishing is getting better and needed too. Once February gets here spring is on the way but you can expect a few glitches and it is hard to plan a trip and expect the best conditions until after mid March.  I am fortunate that I can pick the time to go fishing with just a few minutes notice. You certaily cannot go by the weather forecast here as we do not fall into the Springfield or Little Rock category and the lakes and rivers have an effect that is not factored in by them.  It is best to Listen to KTLO radio for the most accurate weather. Today and tomorrow should be good.