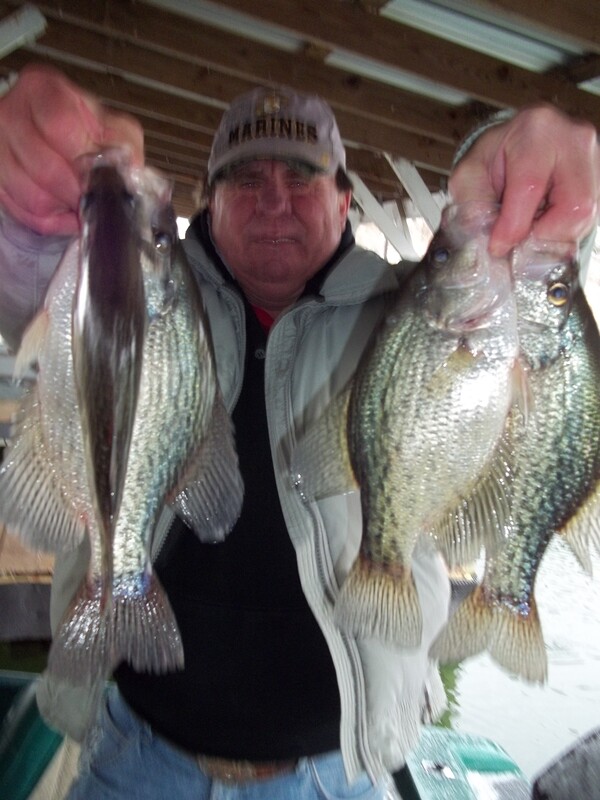 The lake level is 553.45 and has dropped one inch in the last 24-hours with generation for about six hours. It was cold yesterday with highs in the low 30's but there was little wind so it was not too bad. It is a little better today but not much and the wind is about 5-10 from the north and cold. There is a high pressure moving in and it looks to warm up quite a bit later this week and next week and to reach 60. The electric sox work well but it is hard to cast with big gloves on but I have lived in a lot colder places than this. It is easier to spoon straight down with a bait caster. The last few years it seems that December has been our coldest month rather than January. I will be glad when the days start getting longer instead of shorter and that is only a few days away. The surface temperature is dropping and is now about 54 depending on where and when you check it. I have a report that the Bass Cat Invitational has ben moved to October but the exact dates have not been published. it has not been held here for several years and it will be good to have them back.  They should just stay here at their home but business is business. The Mountain Home Chamber should work on this. I found a brush pile with a lot of crappie on it and caught a few and came in. It was in about 20-ft. of water and the brush came to about 10-feet from the surface and the fish were right on top of it. I was using the 1/8th ounce spoon straight down. There were no other boats out there. I also caught another nice catfish on my throw line. It only has five hooks but is producing well. We will see what today brings. The lake is in excellent condition but needs to drop about five feet going into the spring. Things seem to work out a lot better when they do that and it does not hurt anybody.