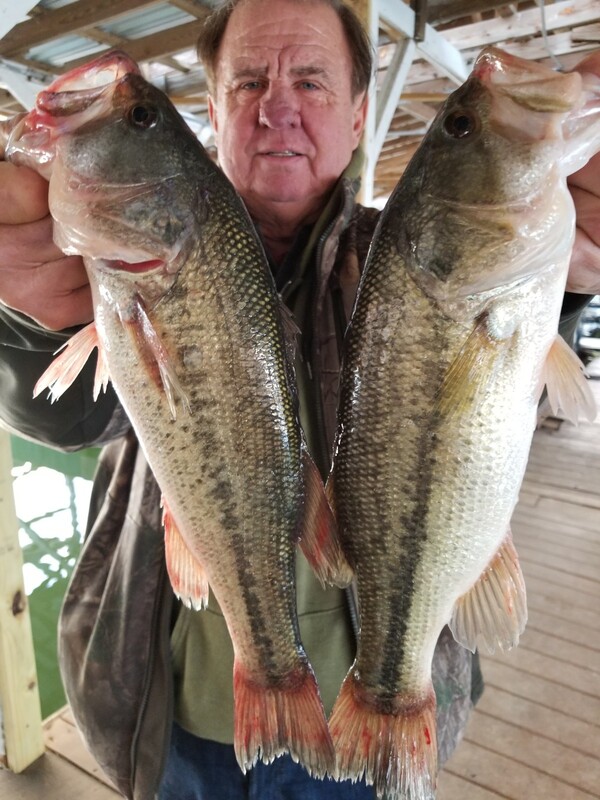 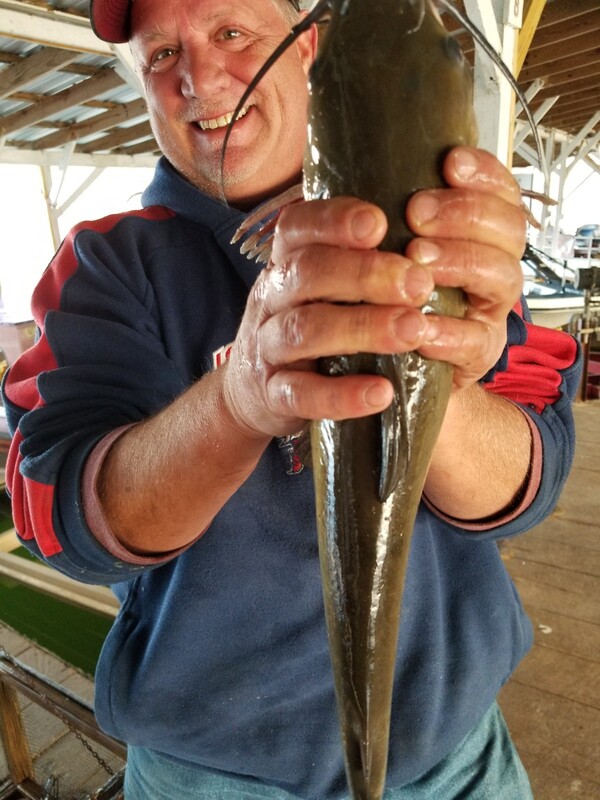 The lake level is 553.23 and has dropped 2/3 inch in the last 24-hours with generation for about 4-hours and the rest shut down. They are holding the White River at about 10-feet to keep the area lakes up as high as possible for as long as possible. The lake surface water is about 56 early in the morning and just under 57 in the afternoon if there is sunshine. We are to get warmer weather with highs near 60 later this week. We set out catfish lines and caught a couple of nice channels. They were not released as most of our fish are released. It is hard to beat cool, clear, clean water channel cat except for flatheads and I have a long list of people that would like some. Bass, crappie and bluegill were also caught. One walleye was caught fishing for bass but it was just a little short. Walleye are like crappie. Hardly any of them that are keepers are thrown back and they have a higher mortality rate where a lot of people throw back bass including me. The fish that I caught yesterday were most all in 30-ft. brush puiles on both the jig and spoon. The catfish were caught on live shiners on drop-shotted jugs. We fished in the morning, worked until late afternoon and went out again and did not have to go far. Blackburns brush piles are really paying off now and are at the right depth. We will help you when you get here if you like and your first boat stall is free. Not many people like paying for their first boat stall and you do not have to here. Blackburns is the family and fishing headquarters for Norfork lake.