Caught on the Bink's Spoon this morning. 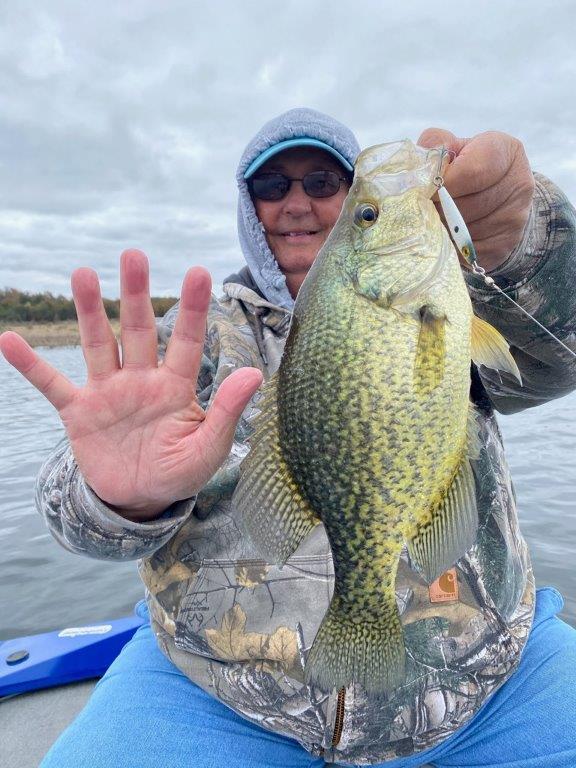 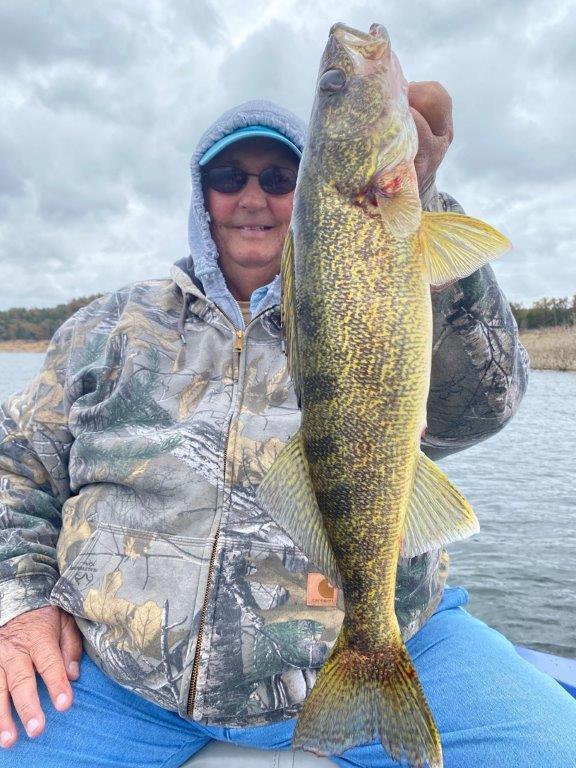 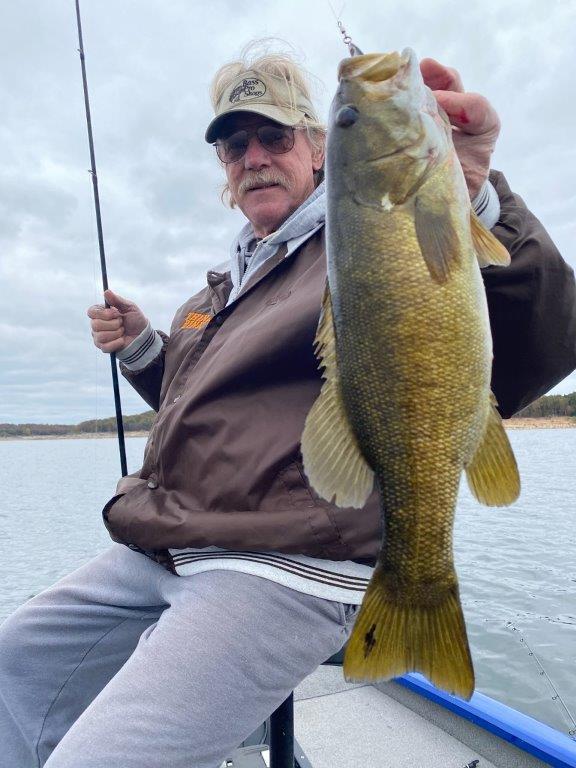 The lake level is 553.28 and is about the same as it was yesterday with little generation. The surface temperature was 66 when I went out yesterday and the water is still clearing and is a good color for fishing. The ambient temperature was 50 and the wind was light and it was cloudy. I went to a good brush pile and caught nothing and then worked a river channel steep bank with a jig and caught fish immediately  and consistently. Bluegill were right on the bank with smaller bass and the larger bass and crappie were on the first shelf after the drop off in about 10-12 feet of water. I caught several keeper fish and then came to the channel swing and they quit. There was another brush pile approaching on the point so I checked it out and switched to the 1/4 ounce spoon. The big bass were schooled in 27-ft. of water and when I would catch one others would follow it up. It was fun and then they were gone. All fished were released. They must have been roaming. It is to rain for the next few days but it looks good for the weekend. The moon is getting bigger and if the stripers are going to bite it will be the full moon or a little after and that is the end of the month and the first part of November. We have some good striper fishermen in and they are trying hard and catching a few fish. The biggest one they have caught is 15-lbs. I sure hope the fish show up this fall and winter. We used to catch 40-lbs, then 30-lbs then 20-lbs and now 15 is a big one and not many of them. I sure wish people would stop killing the small ones but if they fish for them in deep water they die anyway. I will stick to walleye, bass, crappie and catfish and allow the temperate bass to grow. The White Bass should make a rebound by themselves as there is lot of bait fish with small shad about 1-inch long completely filling my dock stalls. There are  several big schools in Blackburns Creek but nothing but bass under them. Usually there are hybrids and white bass all over the place. They may be just scattered but I am just not seeing them and I am out there every day. The bass fishing is about as good as I have seen it in years and the crappie is pretty good too as are the walleye. Big smallmouth are being caught. Fall foliage is not the best as the wind has blown a lot of leaves off the trees. The lake in general is in excellent condition for fishing and the cold fronts that are coming through about twice a week are not affecting fishing much. There are quite a few fishermen out there even during the week but especially on the weekends. I hope this covid thing gets over and the fish stockings get back to normal. Bink also had a good day yesterday catching several big fish. You can get his fishing report "Live in the Boat" on KTLO radio 97.9 FM at 8:45 AM or listen to it on cable TV radio Channel 5 on Thursdays with Bob Knight.  It is a good source of information. Mark it down.