All caught yesterday fishing out of Blackburns Resort and Boat Rental On Norfork Lake near Mountain Home in the Ozark Mountain Region. 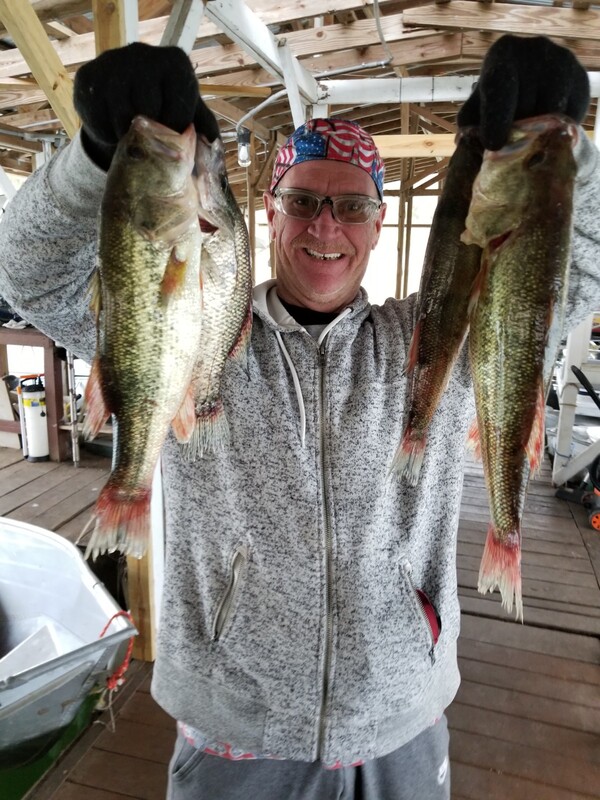 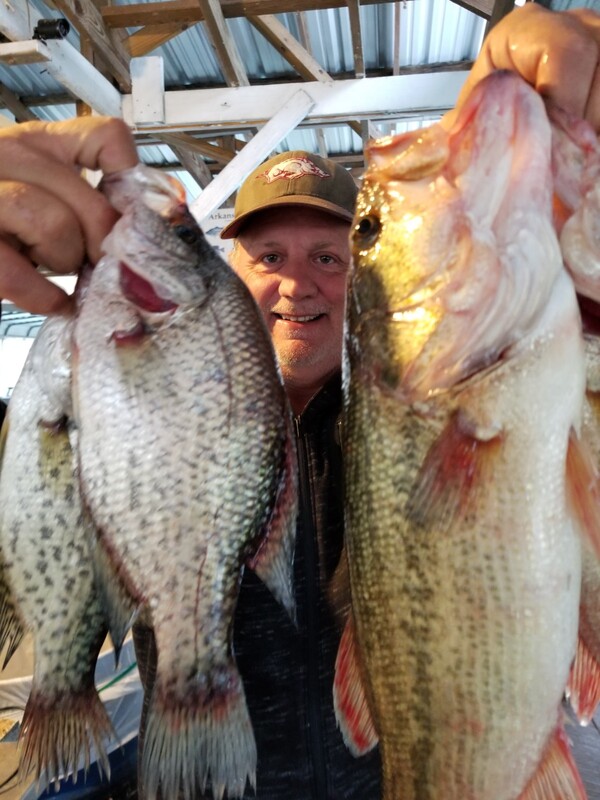 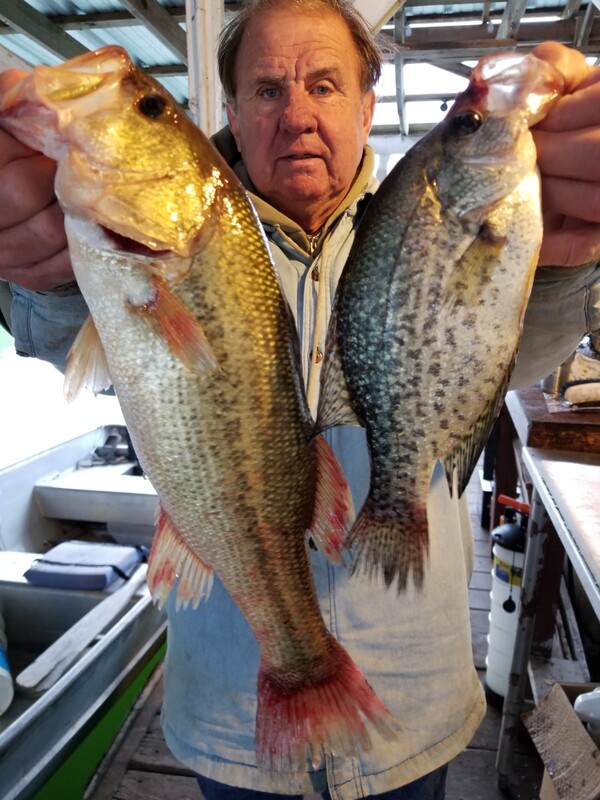 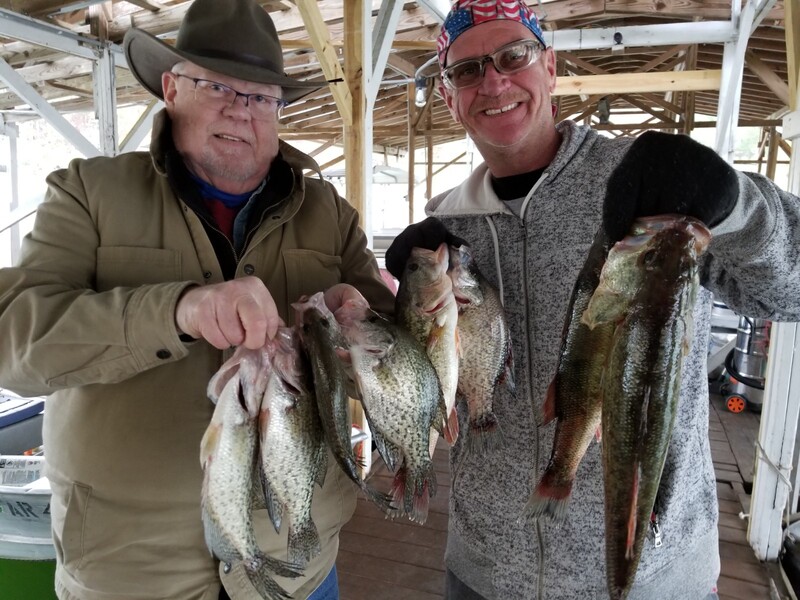 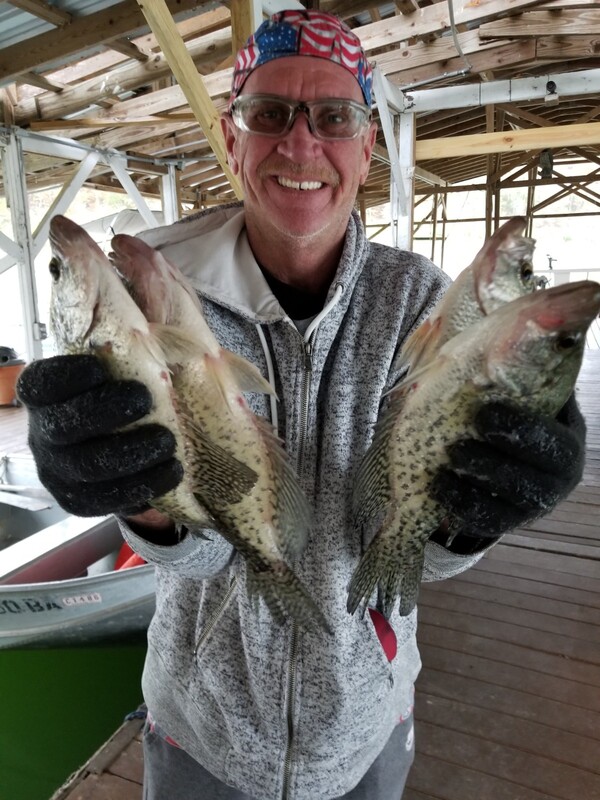 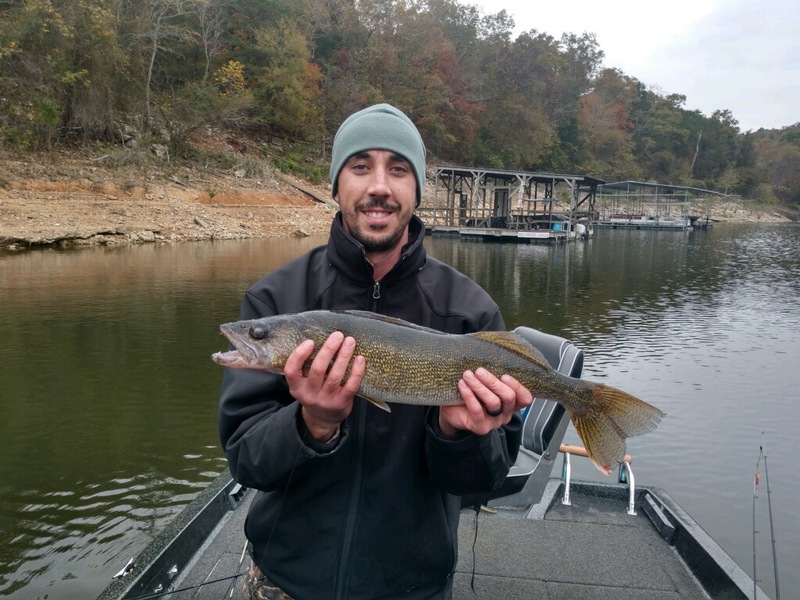 The lake level is 553.32 and dropped 1/2 inch in the last 24-hours with little generation. The White River at Newport is now at 6.5 feet and is nearly dried up but they are still holding.  The surface water temperature was 68 degrees and there were cloudy skies and cool conditions when I went out yesterday. The cold front had little effect on fishing for a change and a lot of fish were caught. I fished four different locations and caught fish on all four. We have a lot of people in and almost all of them had good luck despite the cool start. I fished from noon to about 4:30 PM and caught over a dozen fish and all were keepers. Catch included bass, crappie and walleye. Several bluegill were also caught. It was a fun day and I appreciated the light wind for a change. Today looks to be about the same with rain scheduled for the next few days after that. Go out and stay until it rains you in. This is a good time of year for fishing. I still am seeing very few temperate bass coming in but I see the black ducks are back the seagulls should be following. Then maybe the people with $2,000 fish locators can find schooling fish by following the birds and start catching some.  I hope so. I saw several eagles and osprey out there fishing. They were doing quite well with several fish being shallow. Fun to watch. I am not sure they were watching the legal size limit though. There were three eagles in one place. Come on down to Blackburns. we will not charge you too much. One bedroom cabins are still $59/day for two people.