Some of yesterday's catch. 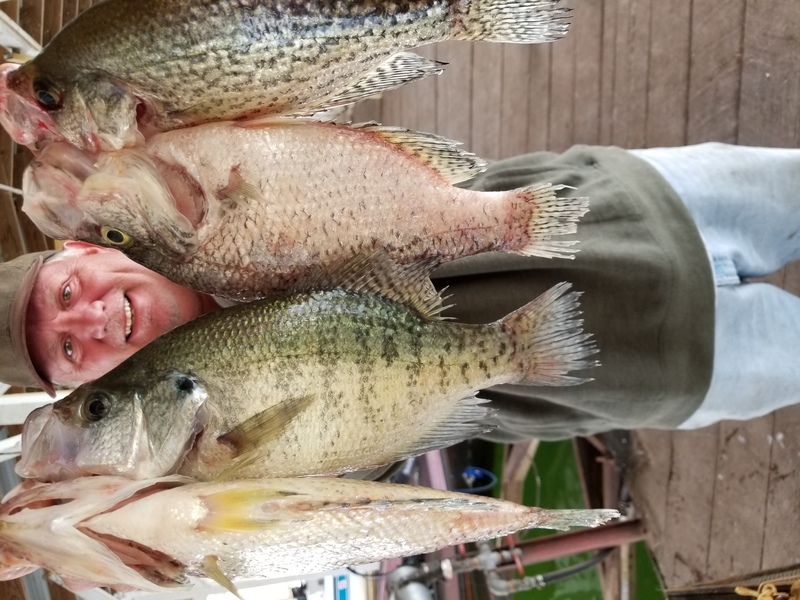 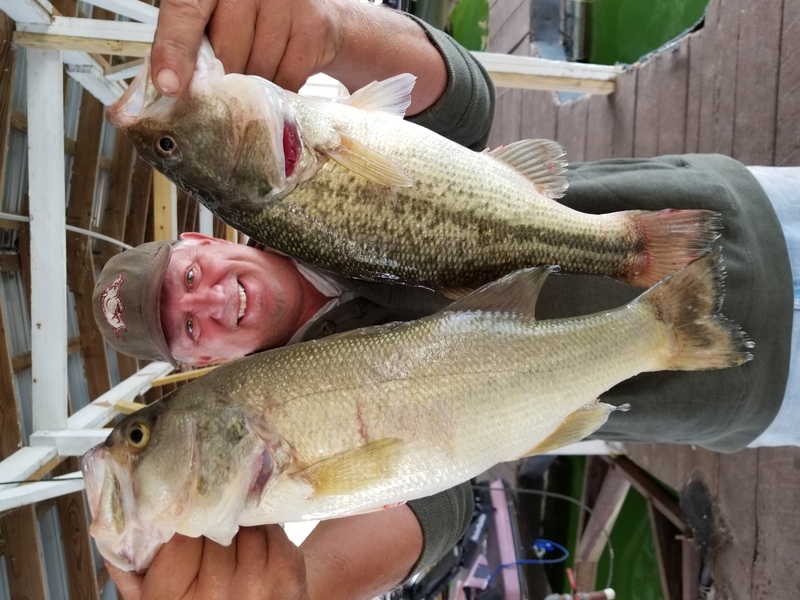 The lake level is 553.78 and has dropped 1-1/2 inches in the last 24-hours. They stopped generating  early this morning for several hours to hold the level up above 553.75 for as long as they could to keep from turning some of the generation authority to the electric company even if they have to nearly dry up the White River at Newport.  We received an inch of badly needed rain last night and it is raining now. It is not good to go into the winter dry. We seem to get some about when we need it. The lake surface temperature is in the high 60's and the lake is clearing again after the turnover. It is cool today but to get back into the 80's later this week. Bass fishing is the best followed by bluegill and crappie with a few walleye being thrown in. Bink is catching some giant smallmouth, Tom Kelly is catching some big largemouth and Mike Eakle is catching mostly crappie and Kentucky bass. Main lake brush piles are producing the most in 25-feet of water with the jigging spoon being the best lure overall (1/4 ounce) with crappie biting on live minnows and jigs also. This is a good time to fish as it always is this time of year and will stay good for several weeks. A few stripers are being caught trolling but they are small and should be left alone. The numbers of big ones are as low as I have ever seen them and will stay that way if 5-9 lb ones are killed. Only a very few were stocked this year and they do not reproduce in fresh water. They are too small to keep anyway. I am seeing almost no White Bass and the ones that I do see are small also. Every once in a while a school of decent ones show up but not often. I sure hope they come back. They are fun to catch. White Bass are for people that cannot catch anything else and trout are for people that cannot catch White Bass.  Ha Ha. Come on down to Blackburns. We will not charge you too much and a free boat stall comes with each cabin. We allow smoking on the covered porches and you do not need an umbrella to smoke out side or get out of the sun.