Tom Kelly and Roger Moody continue to catch big bass everyday. They are both excellent fishermen. All released under Blackburns Dock. 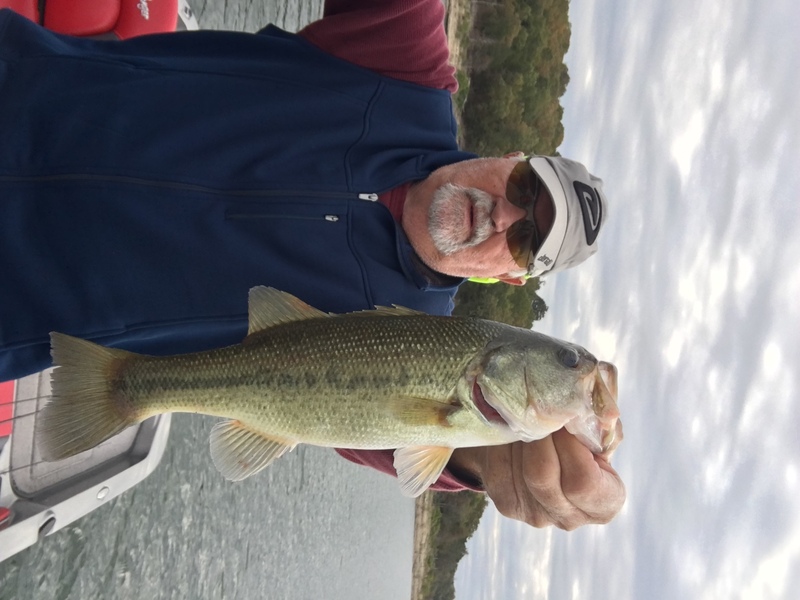 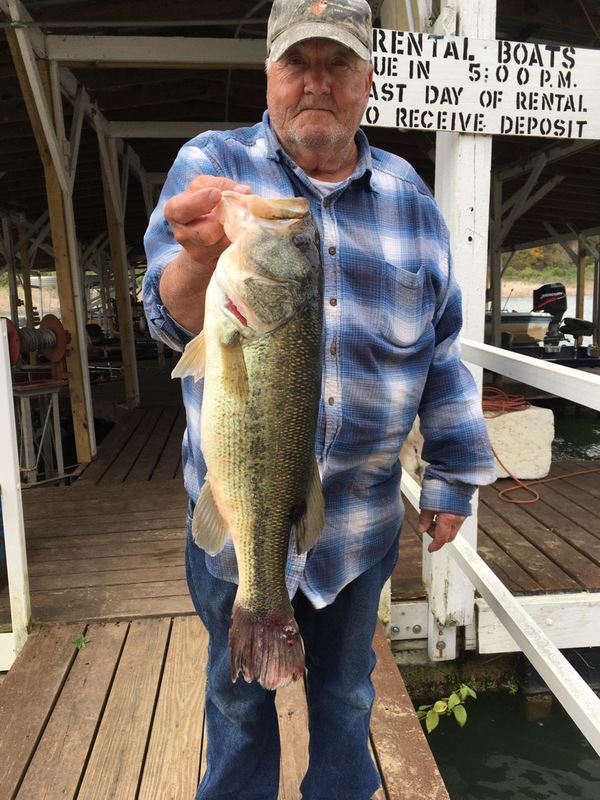 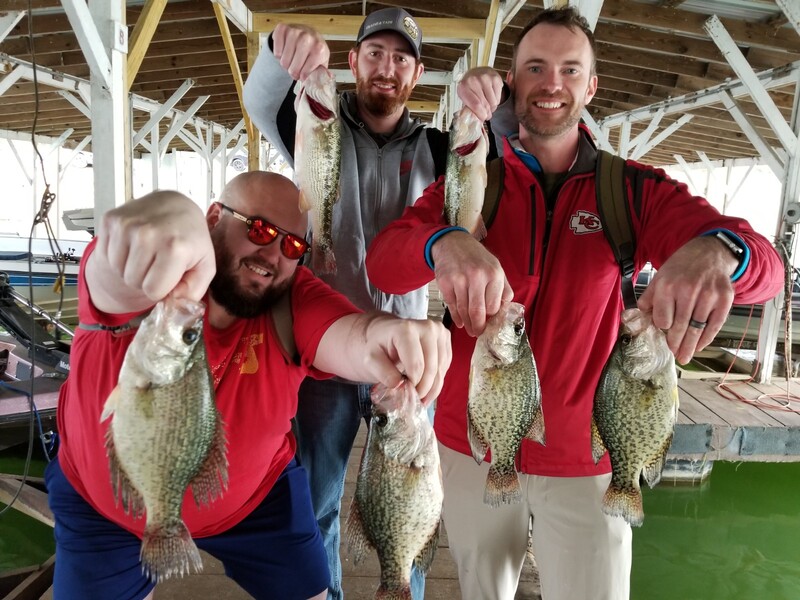 The lake level is 554.32 and has dropped 3-inches in the last 24-hours with one generator running continuously. 553.75 is the new seasonal conservation pool and we will see what happens when they get close to that. That is when they turn over some of the control to the electric company and they do not like to do that. We were to get a frost last night but it did not materialize. It got down to 39 but was still very cool for october. It is clear and sunny now but another front is to move through with wind tomorrow. Fishing conditions were very good yesterday especially early until the wind picked up and several good fish were caught. It usually dies about 4:30 Pm but held on until after 5 last evening. The lake is not clearing very much except for near the shore and the surface temperature was 71.5 when I went out in the morning. I caught my usual with several crappie, bass, bluegill and a short walleye in the mix. Fish were caught on every brush pile I fished and 25 feet of water suspended near the bottom was the most popular depth. All fish were hitting the lure aggressively but not many in one place. I would catch a couple and then they would quit and I would move on. It was a nice day and was good to be out. Wish you were here. Come on down. We will not charge you too much. Some very large bass are being caught but no stripers. Fall foliage is not the best yet and may not be this year.  There are mostly browns but a little yellow and red is showing up. It is still very nice.

I’m not going to bring in floor full of 10” maybe 11” crappie, will fish crappie when I find larger larger ones. It’s amazing for some fishermen to say in earlier years they didn’t fish bass or crappie because they catch plenty at home. They always fished for stripers and white bass. I will continue to fish for now, only looking for legal fish and larger. Time will change when larger crappie show up. Tom

You are so right Tom. People that want to catch stripers and do not know how turn into crappie fishermen fast.

turn into crappie fishing, on OUR brush piles!

Once a traitor always a traitor.